As Big Ten football returns, mayors worry their cities are being used as test cases 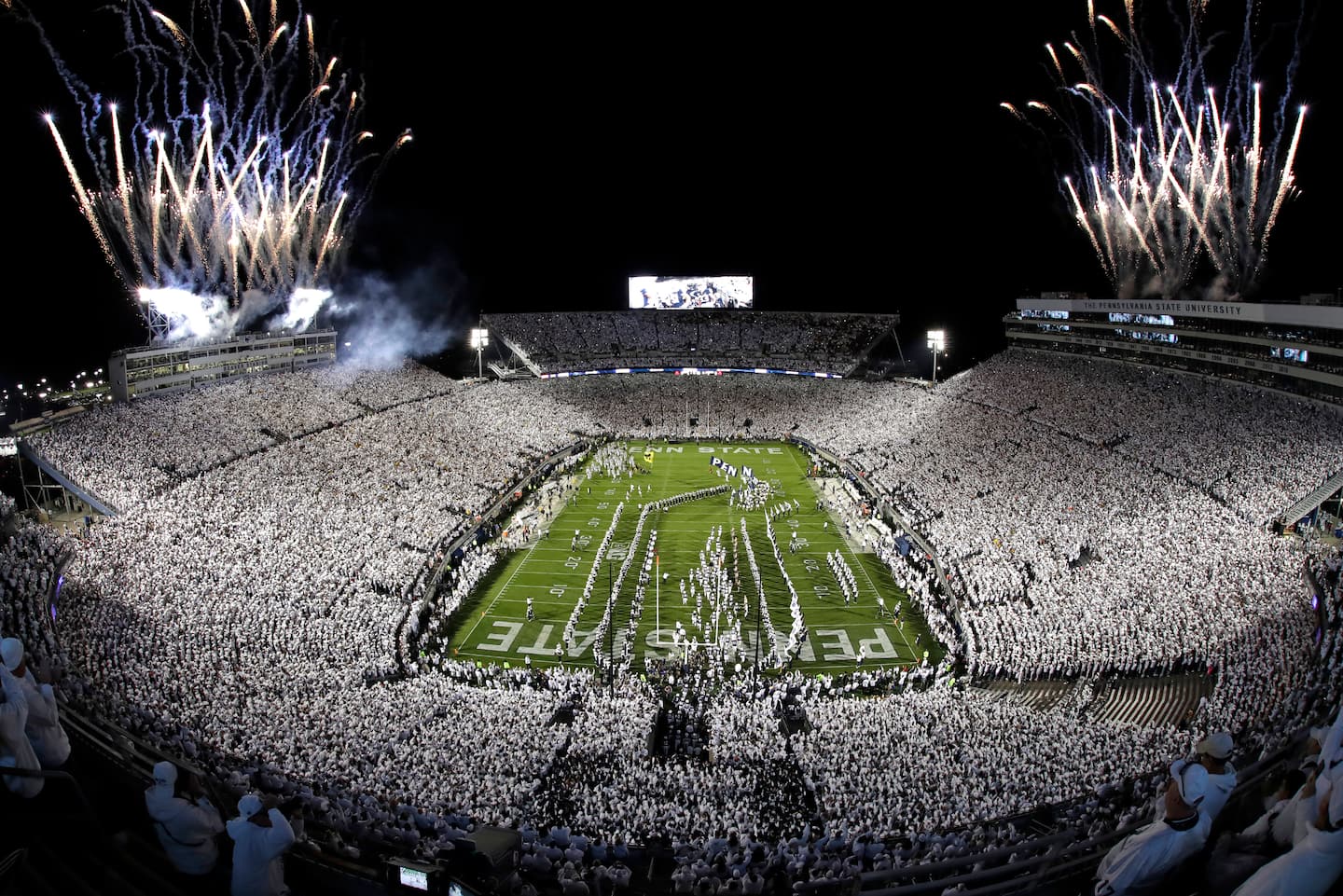 When a misshapen college football season well underway in other regions finally hatches itself in the Big Ten, it will do so Friday night in Madison, which tops many a list of favorite college towns for its bacchanal. Yet when Wisconsin hosts Illinois, the stadium area will go hushed while the gates go opened only for the following: players and coaches, essential public safety professionals, stadium operations personnel and limited media.

Amid a state with recent coronavirus numbers that don’t call for taking any chances, even players’ families cannot attend.

Rebecca Blank, the university chancellor, said in a statement this month, “I’ve said that our fans should think about all of our football games as away games this year.”

Tony Evers, the Wisconsin governor, said during a news conference Tuesday, “They should be thinking about watching the game at home alone or with the people that are living at their residence.”

Say some: Good luck with that.

Michigan State will host Rutgers on Saturday, and Aaron Stephens, the mayor of Michigan State’s 48,000-strong town of East Lansing, does wonder a few things about this near future. He was among 11 mayors who sent a letter to the Big Ten expressing concerns, on a week when a nearby county, Washtenaw, ordered University of Michigan students into a two-week stay-home order, which did not include the football players who will play Saturday night at Minnesota. (The three Big Ten cities not represented in the letter were Champaign, Ill., Lincoln, Neb., and New Brunswick, N.J.)

Stephens wonders about alumni: “It’s going to be interesting,” he said in a telephone interview, “to see if there is a large population that comes to the city to be in the presence of the game, even if they aren’t going to be at the game.” He wonders about restaurants and bars, which can operate at limited capacity and regulated queues and app reservations and masks required for walking from tables to restrooms but might see difficult situations for put-upon employees: “You can imagine a situation where 30 people show up at a bar and they’re not wearing masks.” He wonders about the misanthropic party here and there: “Of course we’re going to break up the party, but the spread might have already happened.”

But he really, really wonders about next weekend, when the Big Ten somehow merged Halloween and the annual Michigan State-Michigan festival of mutual contempt, just an hour away at Ann Arbor.

“I can tell you that’s the one that’s keeping me up at night right now,” he said.

For the opening weekend, three of the seven games have nighttime kickoffs, prime for TV viewership: Illinois at Wisconsin on Friday and Michigan at Minnesota and Maryland at Northwestern on Saturday.

East Lansing, where the Rutgers-Michigan State will start at noon, adopted a $500 municipal civic infraction ticket, and Mayor Stephens notes that “one of the biggest groups saying, ‘Let’s do the right thing,’ is the other students.” But, he said, “The god-honest truth is we just can’t be everywhere at once,” and, “We’re trying to discourage [breaches] through messaging, but messaging is going to go only so far.”

“If I were very, very optimistic,” he said, “I would say, ‘You know what, maybe we’ll see a couple more violations than we see on a weekend.’ ” People would stay home, order takeout, support businesses. “But I’m not going to say that’s going to happen.” He said, “The thing that I see often, and I’m not going to say this is entirely safe, there’ll be 10 people, and they’re outside in the yard, and they might not all be wearing masks. It’s not great, but it’s something.”

In Bloomington, Penn State will visit Indiana on Saturday at 3:30 p.m. Yet apart from the troubling case numbers of other places such as Michigan or other Indiana University campuses or counties elsewhere in Indiana, Indiana University’s Bloomington campus has aced that test so far. Its number of cases, already low through much of fall, dropped this week to a new low of 0.7 percent out of 9,158 tests.

“Town and gown really came together to really lock down and enforce no more than 15 people gathering,” said Erin White, marketing director at Visit Bloomington, which tries to attract visitors to the city of 85,000. “It created a lot of fear” when students returned in late summer, she said, but now, “I see them wearing masks. I see them in small groups together. I don’t see them at beer-pong parties. I’m really proud of them, and I’m really proud of the way they’ve matured.”

Amid that and a pandemic, she and her organization tried “a dedicated niche-marketing campaign,” as she put it, “a pretty aggressive micro-marketing campaign.” It aimed to pull on heartstrings of alumni by asking them to visit and support ailing local businesses.

Those include Nick’s English Hut, a 93-year-old mainstay which has benefited from expanding its tables out on Kirkwood Avenue, which has become pedestrian-only in a business-minded way seen in some other American cities. “They’ve risen to the challenge,” White said of the alums. “They have come with their masks and their social distancing, and they’re bringing a little life to the community. … We see them. And we know they’re visiting. The numbers don’t lie.”

This odd football weekend, they will have more room than they would have normally. Then again, as most everyone knows, Bloomington’s steeper challenge might come later because it’s a basketball town. For other places, as Stephens put it: “This weekend, I think, is going to be kind of like the first test.”