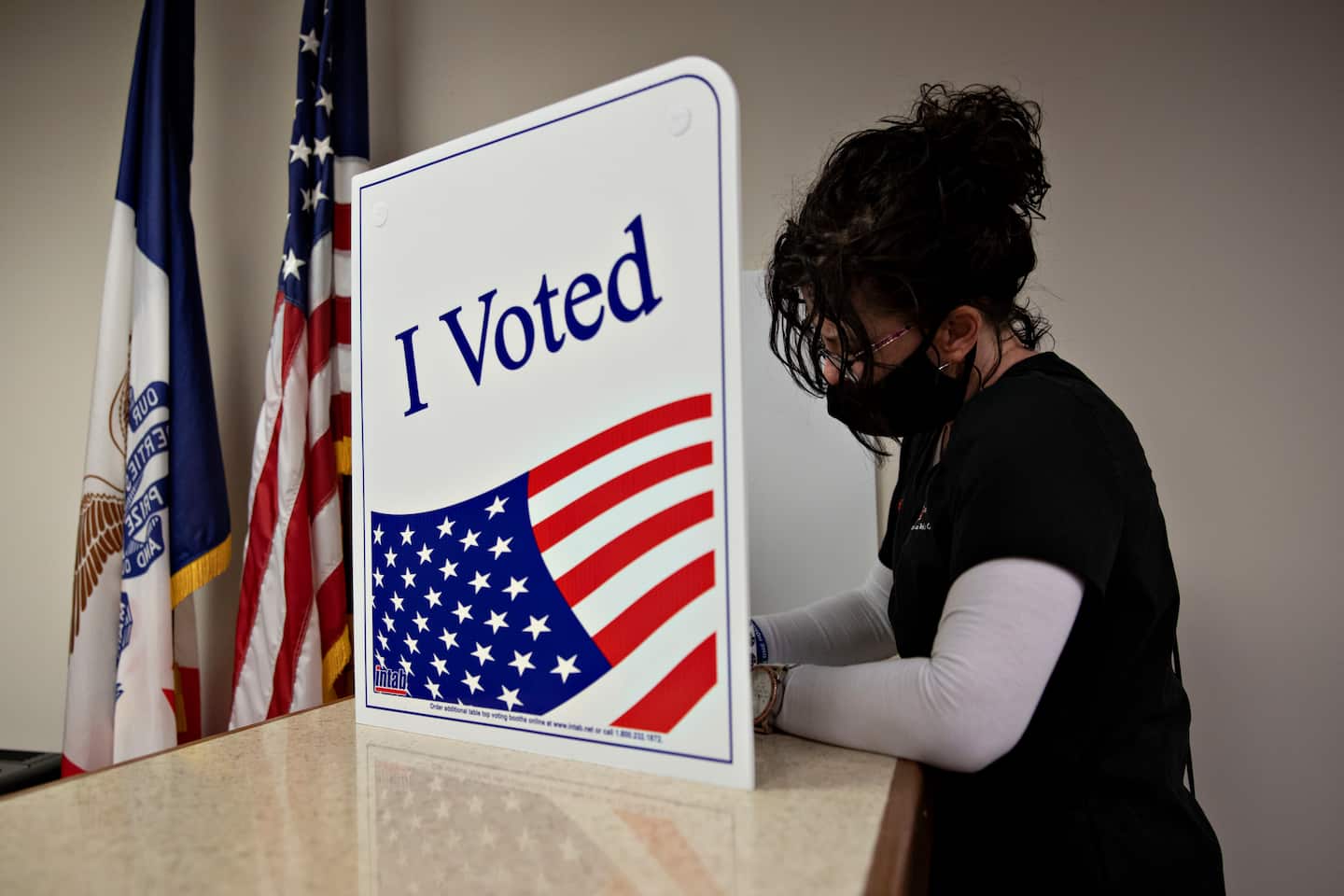 In one sense, it doesn’t matter if my vote gets counted; here in the capital, Joe Biden will get upward of 90 percent of the vote. But this year it’s essential to make sure my vote counts — and I hope all small-D democrats, even those in the reddest and bluest states, feel the same.

This election isn’t just to choose a president and a Congress. It’s a referendum on the right to vote itself.

The once-proud Republican Party has determined, correctly, that its only way to prevail in this election is to keep people from voting. Republicans and their allies have devoted some $20 million to wage more than 300 court fights across the country either to strike down election rules that encourage higher voter turnout or to fight lawsuits aimed at easing voting, according to the Center for Public Integrity.

The fix is in. Republicans have won the popular vote for the presidency only once since 1988, and the Senate Republican majority has for years represented a minority of the population. But they have used this minority rule to stack the judiciary, including six of the nine Supreme Court justices. Now Republican billionaires are financing a legal war to block voting rights — and the judges the minority Republicans installed on the courts are trying to shield Republican power from the will of the people.

The only way to break this corrupt scheme is with a popular backlash that overruns the voter-suppression roadblocks.

The Republicans’ legal effort is, the Campaign Legal Center noticed, a cut-and-paste job using the same false claims of widespread voter fraud, coast to coast. The fraud claims almost always fail, but Republican-appointed judges frequently find justification to strike down attempts to allow people to vote safely during the pandemic.

Even as Republicans were celebrating the confirmation of Justice Amy Coney Barrett on Monday — eight days before Election Day and after some 70 million had already voted — the Supreme Court sided with the Republican Party in saying that Wisconsin could not count ballots received after Election Day even if they were postmarked before. Never mind that Trump’s man running the Postal Service, a GOP megadonor, has sabotaged postal operations for that very reason.

Days earlier, the Supreme Court’s Republican-appointed majority agreed with Republican officials in declaring that Alabama can eliminate the practice of curbside voting for people with disabilities and others vulnerable to covid-19 — even though state law does not forbid such a practice.

A few days before that, the Supreme Court allowed the Trump administration to end the census count immediately, despite evidence that this would lead to an undercount of minority groups.

The high court, in rejecting a Democratic request to let stand an appellate court decision aimed at protecting minority voters in Arizona from intimidation and disenfranchisement, also said it will examine that ruling.

These moves by the court to restrict voting were partially offset by two actions Wednesday (over the objections of three conservative justices) that will allow Pennsylvania and North Carolina to have a grace period for counting mail-in ballots that arrive after Election Day.

It’s easy to see what’s going on here. Republicans can’t win a popular majority in the racially diverse and urban modern America. Trump himself has acknowledged that, at higher voting levels, “you’d never have a Republican elected in this country again.”

So Republican officeholders and allied judges use their power (derived from an electoral college and a Senate structure designed when 95 percent of Americans lived outside of cities) to suppress the urban and suburban multiracial majority. They block rehabilitated felons from getting voting rights restored. They fight ballot drop boxes and cause long hours for voting. They restrict the Postal Service and limit polling places. They restrict dissemination, collection and processing of mail-in ballots. New York University’s Brennan Center for Justice says 206 voting cases are pending, on appeal or subject to appeal.

Republicans even boast about their anti-democratic abilities. Senate Republican Leader Mitch McConnell, before Barrett’s confirmation, bragged that even if Republicans lose the election, “the other side won’t be able to do much about this for a long time to come.”

He’s taunting you, voters. On Nov. 3, let him hear your reply.