Section 230: The little law that defined how the Internet works 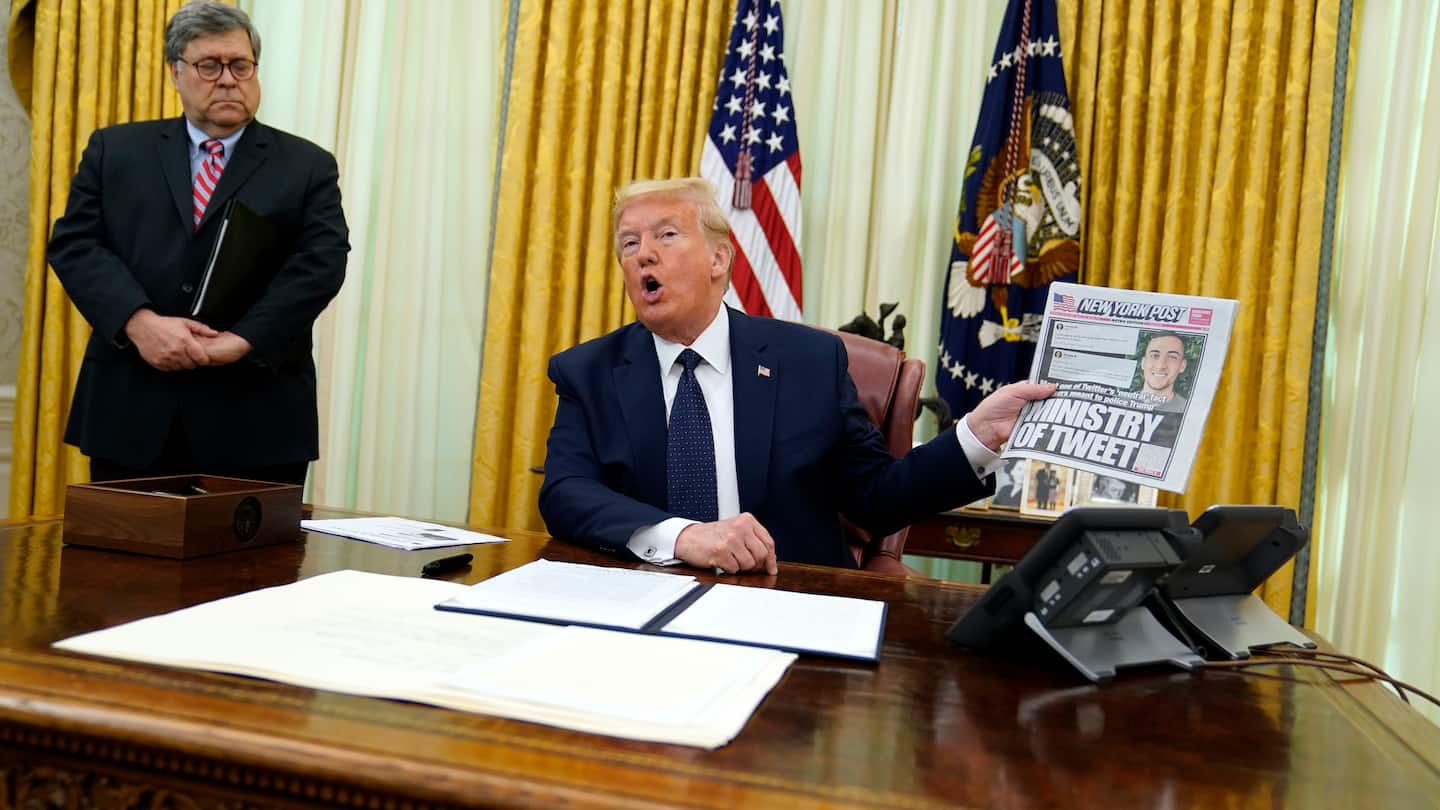 Those claims, which are unsubstantiated, flared up again in October when Twitter and Facebook both quickly limited the spread of a New York Post article containing allegations against Hunter Biden and Joe Biden. The companies’ unusual steps prompted a sharp outcry from President Trump, Republicans and right-leaning publications, which repeated claims of politically motivated censorship by Silicon Valley giants.

The law has been a point of contention between Trump and social media companies all year. President Trump signed an executive order in May intended to pave the way for federal regulators to punish tech companies for how they moderate content.

The order centered on Section 230, a law that is now more than 20 years old and that has helped define the way we all communicate on the Internet.

Critics says Section 230 gives tech companies too much power over what is and is not allowed on their sites. Supporters — including a wide range of Internet companies, free-speech advocates and open-Internet proponents — say that without the law, online communication would be stifled and social media as we know it would cease to exist.

So what is this law, anyway?

Section 230 is a provision of the 1996 Communications Decency Act. It says that companies that operate online forums — everything from the billions of posts made on Facebook to restaurant reviews on Yelp to comment sections on Twitter — cannot be considered the publisher of all those posts that others put on their sites. And therefore the forum operators can’t be held liable for what others choose to share on their sites, even if those posts could break a law. In other words, it means that Facebook can’t be held legally responsible for a user putting up a post that defames their sixth-grade math teacher.

The key portion of Section 230 is only 26 words long and reads, “No provider or user of an interactive computer service shall be treated as the publisher or speaker of any information provided by another information content provider.”

Why does it matter?

Section 230 “gave companies the go-ahead to launch every single technical intermediary that you depend on for Internet communication,” said Daphne Keller, the platform regulation director at Stanford Cyber Policy Center. With few exceptions, it gives companies the right to police content on their websites as they see fit. That means companies don’t have to sift through millions of posts to make sure they are not violating any laws before allowing them to appear online. It also means people can post pretty much whatever they want and companies can duck responsibility for the effects.

But it was not designed to keep online forums neutral, Keller said. In fact, she said, it was meant to encourage companies to keep an eye on the conversations on their sites.

Section 230 “was very specifically crafted to get platforms to moderate content,” she said.

But it also means that companies get to moderate that content however they see fit, with little regulation to confine them.

Why should we care now?

Section 230 allows tech companies to leave up pretty much any posts that others make. It also gives those companies broad ownership of what they decide to remove from the sites, as long as the companies follow a few rules. It’s this part of the provision that has been thrust into the spotlight recently as Trump and others accuse social media sites of censoring conservative voices. Trump has claimed the sites favor liberal voices and are trying to “silence” conservatives, though his own massive and growing Twitter following suggests otherwise. The companies have denied those charges.

Who wants Section 230 to be changed?

Democrats and Republicans have expressed concern over the limits of 230 in recent years.

Some Democrats have pushed back on how tech companies moderate hate speech or other objectionable speech on their platforms, saying the companies don’t go far enough in curbing hurtful language. But that language is generally protected by the First Amendment.

“Congress can’t actually require companies to take down lawful speech,” said Emma Llansó, director of the Free Expression Project at the Center for Democracy and Technology. “That’s one of the really big challenges happening in the U.S. and around the world when it comes to online content regulation.”

Some Republicans have pushed back on the immunity tech companies have to take down most types of content, asserting that companies are acting with bias toward conservatives.

Sen. Ted Cruz (R-Tex.), questioning Facebook CEO Mark Zuckerberg at a hearing in 2018, suggested the law requires companies to provide “neutral” forums. But the law does not require companies be neutral. In fact, it was originally conceived to encourage them to step in and moderate.

How did the provision come to be?

Section 230 bloomed out of two lawsuits against early Internet companies in the days long before social media. One court found that Prodigy Services could be held liable for speech made on its site because it tried to set standards and moderate content. Another court found that CompuServe, which took a hands-off approach, was merely a distributor and not a publisher and therefore not liable.

That seemed to suggest that companies could protect themselves by taking a hands-off approach, said Jeff Kosseff, a cybersecurity law professor at the U.S. Naval Academy and the author of a book on Section 230, “The Twenty-Six Words That Created the Internet.”

Wanting to circumvent that and encourage companies to moderate their sites, Section 230 was created.

“The idea behind 230 was that the platforms were much better suited to come up with the rules of the road than the government,” Kosseff said.

The idea was that people would use whichever sites suited them and had rules they agreed with. Of course, that was years before the rise of dominant social media sites with billions of users.

Some have criticized tech companies for hiding behind the law and taking a hands-off approach to moderating content on their sites, rather than using the law to be more engaged in moderating, as its creators had envisioned.