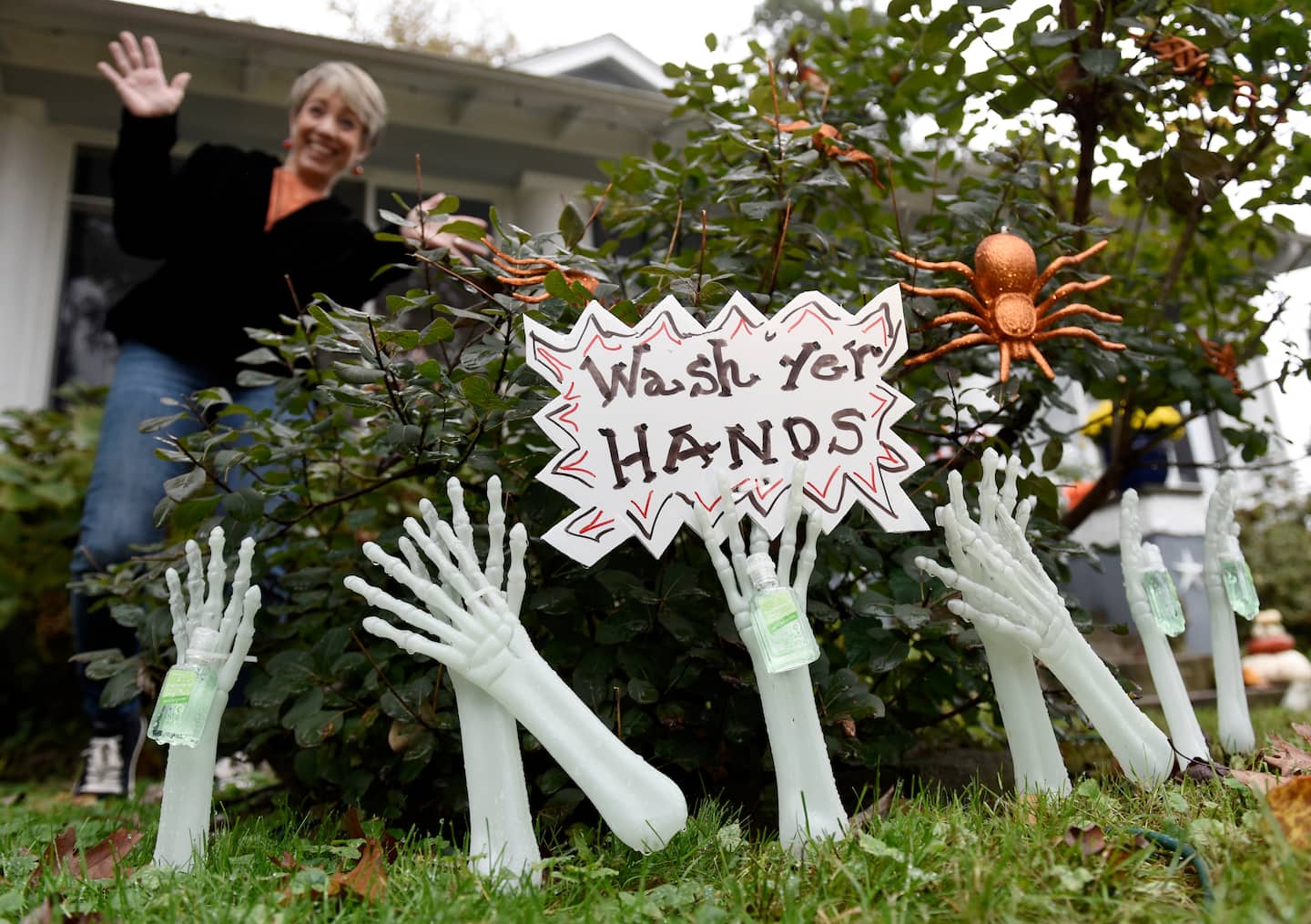 Doesn’t scavenging inside feel pretty much like what you do every day?

Okay, how about the CDC’s alternative idea: “a Halloween scavenger hunt where children are given lists of Halloween-themed things to look for while they walk outdoors from house to house admiring Halloween decorations at a distance”?

Well, at least they’re trying. Parents are trying, too, and social media overflows with pictures of kids in costumes, which I “like” as fast as I can. But all our effort only underscores what’s missing from this year’s Halloween. You can still have costumes and decorations and candy. What you can’t have are strangers.

That, for me, was always the best part.

The whole costume thing was a lot of pressure on a parent: Accurate or wind-resistant? Store-bought or jerry-built? Could I get away with six bobby pins per Princess Leia bun, or do I need the whole pack?

I don’t like candy. I don’t like obligatory participation. And I didn’t like pushing a baby in a stroller and shepherding two little kids down sidewalks in early winter — which is what late fall is called here in Upstate New York.

But knocking on strangers’ doors? I liked that. I liked when the usual cacophony of 21st-century American parental paranoia — “Don’t talk to strangers,” “Stranger danger!” “Beware of strangers bearing candy” — is hushed for the night. Not just hushed: reversed. Instead of being afraid of strangers or politely keeping our distance, we were supposed to march up to a house we didn’t know and ask for treats.

Maybe some parents stick to familiar neighbors; we couldn’t. Since we live on a farm half a mile from the road, when the kids were little, we had to trick-or-treat in someone else’s neighborhood. We trooped along behind other clusters of superheroes and, again and again, tested the theory that people were basically kind and generous and forgiving of the small crimes (trampled lawns, silent begging) that small children commit.

Yes, we tried to get our kids to say “trick-or-treat” and then “thank you”; they didn’t always manage it. Which meant we got to practice being good strangers, too: We deployed our palliative chitchat, our apologetic smiles, our performative parenting (“Noah, remember: Just take one”). At almost every door, we were rewarded by the pleasure of a pleasant interaction, in which we each played our part.

I miss that. One day last April, I went for a walk up my driveway to the road and back. The road usually hums with traffic; it’s a shortcut from rural towns to downtown Albany. During the “pause,” as Gov. Andrew Cuomo called it, the road was eerily empty; as I approached, all I could hear was the crunch of my own feet on gravel. But right before I turned around, a single truck drove by and the driver raised his hand in greeting. I raised mine, surprised by the sight of him — and by the lump in my throat.

I missed strangers. I had my husband and my kids in the house. I could talk to my friends, my parents and my sisters. But I missed smiling at the Amtrak conductor when I handed over my bar code for scanning. I missed saying “Better soon!” when the receptionist at the gym greeted me with “How are you?” I missed trying to get the kid tearing my movie ticket to make eye contact.

When I got back to my farmhouse, I turned right back up toward the road again, hoping to catch another car driving by.

That was six months ago. Today, I could technically go back to the gym and — as of this week — the movies. Trains are running to New York City. But covid-19 numbers are on their way back up both here in Albany and there in the city. Fear of strangers isn’t some razor-blade-in-the-apple urban myth right now; it’s common sense.

On most Halloweens, we all leave our houses, head out into the cold night with our children and repeatedly take the tiny trust fall of knocking on a stranger’s door, hoping for goodwill within. It’s a ritual we could all use right now. Instead, the CDC suggests “having a Halloween movie night with people you live with,” which, if my reading of public health advice is correct, means binge-eating fun-size candy while curled up on a sofa.

How Biden can update the Obama doctrine

Katie Porter is off the House Financial Services Committee. We’re all worse off for it.