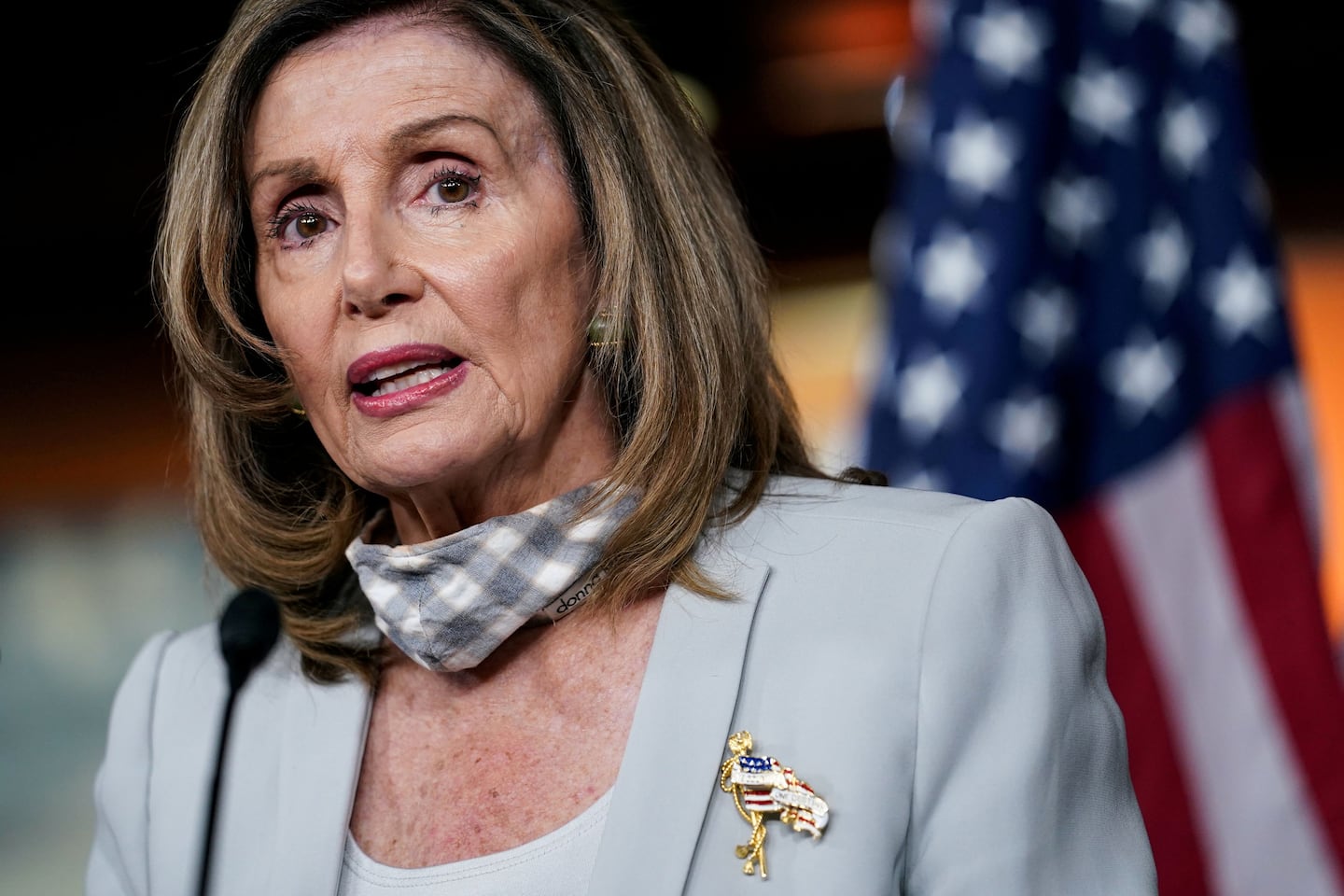 She also said that she was still awaiting a final answer from the administration on agreeing to the Democrats’ language on a national coronavirus testing strategy — something Mnuchin had said on Oct. 15 that he was prepared to accept subject to minor edits. She put the onus on President Trump and Senate Majority Leader Mitch McConnell (R-Ky.) for a deal to emerge in Congress’ “lame duck” session after the election — if at all.

“Your responses are critical for our negotiations to continue,” Pelosi wrote in the letter, which was first reported by Politico Playbook. “The President’s words that ‘after the election, we will get the best stimulus package you have ever seen’ only have meaning if he can get Mitch McConnell to take his hand off the pause button and get Senate Republican Chairmen moving toward agreement with their House counterparts.”

There was no immediate response from the Treasury Department.

McConnell himself summed up the state of play in a recent interview with Politico where he remarked, “That was a very complicated negotiation. Depending on who you talk to, I’m not sure they got very close.”

In multiple recent media interviews and private meetings with House Democrats Pelosi has expressed optimism about getting a deal before the election — even while justifying her refusal to make a deal by insisting there was really no deal to take.

In an exchange on MSNBC earlier this week, host Chris Hayes pressed Pelosi on the question, telling her: “You have negotiated so many deals in your life. I have to say, I feel like I’ve been insane. I’m watching this, there’s no deal happening. … I’m like the donkey with the carrot in front of me. It’s not happening, right?”

Pelosi replied: “Well, that’s when people said, ‘Accept the deal.’ And I was like, ‘What deal? They haven’t agreed to any of this.’”

The letter did not reveal any new outstanding issue that had not already been publicly known. But it summed it all up, casting everything in a newly negative light with the election imminent. Stocks have been falling as coronavirus cases rise, and the president campaigns around the country accusing Democrats of focusing obsessively on “covid, covid, covid” in their quest to deny him a second term.

“The American people are suffering, and they want us to come to an agreement to save lives, livelihoods and the life of our American Democracy as soon as possible,” Pelosi wrote. “In light of these challenges, I respectfully await your attention to these urgent matters.”

Congress has not passed any new economic relief or health care help for the coronavirus since April. Negotiations have sputtered off and on between Pelosi and Mnuchin, with Trump an erratic force at times calling off talks altogether only to urge an even bigger number than the $2.2 trillion bill approved by House Democrats at the beginning of the month.

Senate Republicans have shown little interest in approving a big new deal, and McConnell advised the White House not to make one before the election — meaning the Pelosi-Mnuchin talks were almost destined to fail to produce a legislative outcome.

All the times Trump has basically acknowledged he lost the election

Trump commits to stepping down if electoral college votes for Biden