U.S. economy grew by a record 7.4 percent from July to September, but the data is complicated 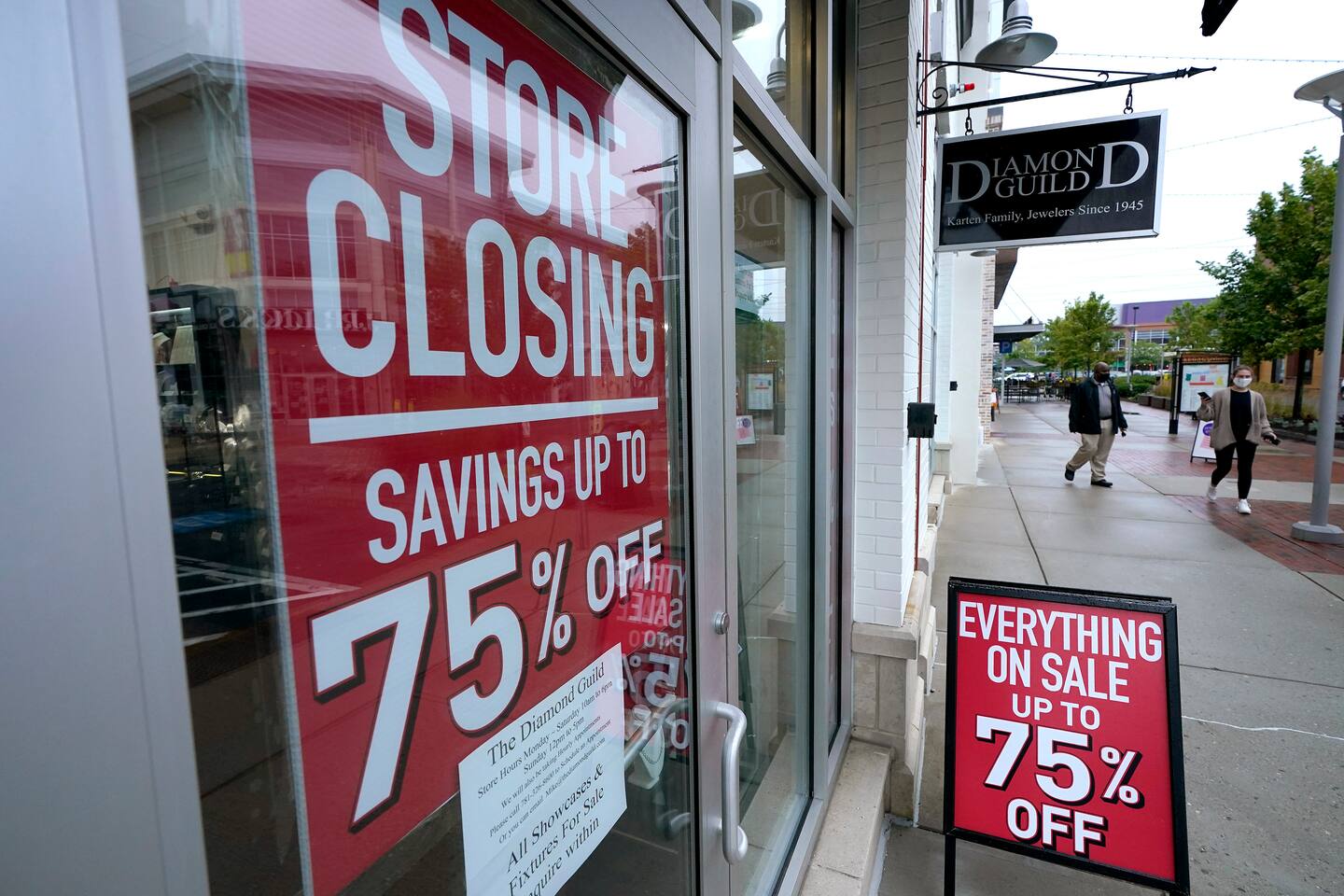 But that doesn’t mean the economy has entirely healed, or that the pace at which the economy recovered in the third quarter will keep up in the final stretch of 2020, especially given a surge in Covid-19 cases and a hazy timeline on whether another stimulus bill may be passed.

When data from the Commerce Department on Thursday reveals how much the economy grew between July and September, it is likely to show the sharpest rise in U.S. history. That figure will also take some explaining.

For the economy to recover all that was lost in the previous quarter, third-quarter GDP would have had to surge and hit 10 percent, and even more to make up for smaller first-quarter losses — all far beyond economists’ expectations. Put simply, the economy turned around in the third quarter. But it has not shed the coronavirus crisis altogether, and the ongoing health crisis continues to jeopardize the recovery’s strength.

The third-quarter GDP estimates were expected to show a sharp rise in consumer spending on new homes, along with household goods such as furniture, equipment, renovations and home offices. For some wealthier Americans and people working from home, turning a backyard into a socially distant place to hang out, or an extra room into an office, became a priority late in the summer.

Apart from housing-related spending, economists also expect strong gains in manufacturing, which has more than made up for pandemic-era losses. Health-care spending is also expected to rise as people felt safer rescheduling routine appointments or surgeries.

Constance Hunter, chief economist at KPMG, said the rebound reflects a shift away from spending on services to spending on goods. Think stationary bikes and backyard grills in lieu of sporting events and concert tickets.

But those spending habits may not stick around for long.

“That’s not going to be repeated,” Hunter said. “There’s only so many fire pits and backyard furniture sets you can purchase. … It goes without saying, we need to do better on the virus or we’re not going to get services consumption.”

The Commerce Department was also expected to report that GDP grew at an annual rate of about 33 percent, but that figure isn’t relevant in a crisis as unusual as this one. The annual rate allows easy comparisons across periods, but it is built on the assumption that this quarter’s growth will continue for an entire year. That wasn’t true in the second quarter, when a 9 percent loss was reported as a 31.4 percent annualized drop, and it won’t be true in the third quarter either.

Recessions are traditionally defined by a significant decline in economic activity spread across the whole economy for two consecutive quarters. The National Bureau of Economic Research has said the economy officially fell into a recession in February, but it will take some time before the bureau officially says when the recession has ended. Some economists speculate the economy turned around in May, as states reopened and the economy added jobs for the first time since February.

Yet there is still so far to go. Approximately 23 million Americans are still on some form of unemployment benefits, and the number of people who have fallen into poverty has grown by 8 million since May. Many businesses that have not yet reopened are transitioning furloughs into permanent layoffs.

“Have we moved into a growth stage and thus out of a recession?” said Claudia Sahm, a former Federal Reserve economist and an expert on recessions. “If we are so deep in a hole still, then that switch-flipping is not that important. It does show we’re going in the right direction. With the second wave going, we might not much longer.”

As the dreaded flu season and colder weather arrive, economists and public health officials are bracing for a brutal winter. Officials such as Federal Reserve Chair Jerome H. Powell have long said that a robust and stable recovery depends on controlling the pandemic. Many parts of the country, including the Midwest, are seeing surging case counts as hospitals report a flood of covid-19 patients.

Economists puts the risk of a double-dip recession later this year or early next year at 30 to 35 percent, depending on the course of the virus, the prospects of another stimulus package and any trade tensions with China.

The results of next week’s presidential election should clarify how soon Congress and the White House can cut another stimulus deal. President Trump on Tuesday said the White House would approve a major stimulus package after the election. But it’s unclear whether he would have the political will to sign a bill if he is not reelected, or if lawmakers will make stimulus a priority in a lame-duck session.

That could mean that struggling businesses that managed to survive the third quarter might not make it to the start of next year.

“A number of small businesses are deciding — knowing that relief won’t be coming until January — whether to exist or not,” said Lisa Cook, an economist at Michigan State University. “Restaurants have to be in that situation.”

Thursday’s figures offered a blurry snapshot of the emergency aid that trickled out to struggling households and businesses, noted Ernie Tedeschi, a former Treasury Department economist and head of fiscal analysis at Evercore ISI.

At the end of July, nearly 30 million Americans saw their $600 enhanced unemployment benefits expire. Aug. 8 marked the last day that small businesses could apply for a forgivable loan through the Paycheck Protection Program. Also at the beginning of August, Trump signed four executive actions geared toward eviction protections, student loan relief and unemployment aid that would guarantee $300 per week in emergency benefits for up to six weeks.

But that timeline doesn’t mean Americans were consistently getting help from one week to the next, Tedeschi said. Many people faced gaps between the time their $600 emergency benefits lapsed and when their $300 in emergency aid kicked in. In many cases, states were slow to set up their unemployment systems to distribute those weekly payments, which were sometimes disbursed later as one large lump sum.

“The help that people got from the federal government came and went in fits and starts throughout the whole quarter,” Tedeschi said. “There were weird lurches forward and back in the aid people got.”

Regardless of how much the economy grew in the third quarter, scores of American households, businesses and entire industries risk falling further behind. Spending may have improved between July and September, but Thursday’s figures won’t fully capture the economy’s lingering pain.

“I don’t think that bifurcation has stopped,” said Cook. “When I see those food bank lines stop snaking for miles, then I will be convinced that the recession is over.”

Tony Hsieh, entrepreneur who made Zappos an online retail giant, dies at 46

How some savvy fans are preserving the PS3’s multiplayer games