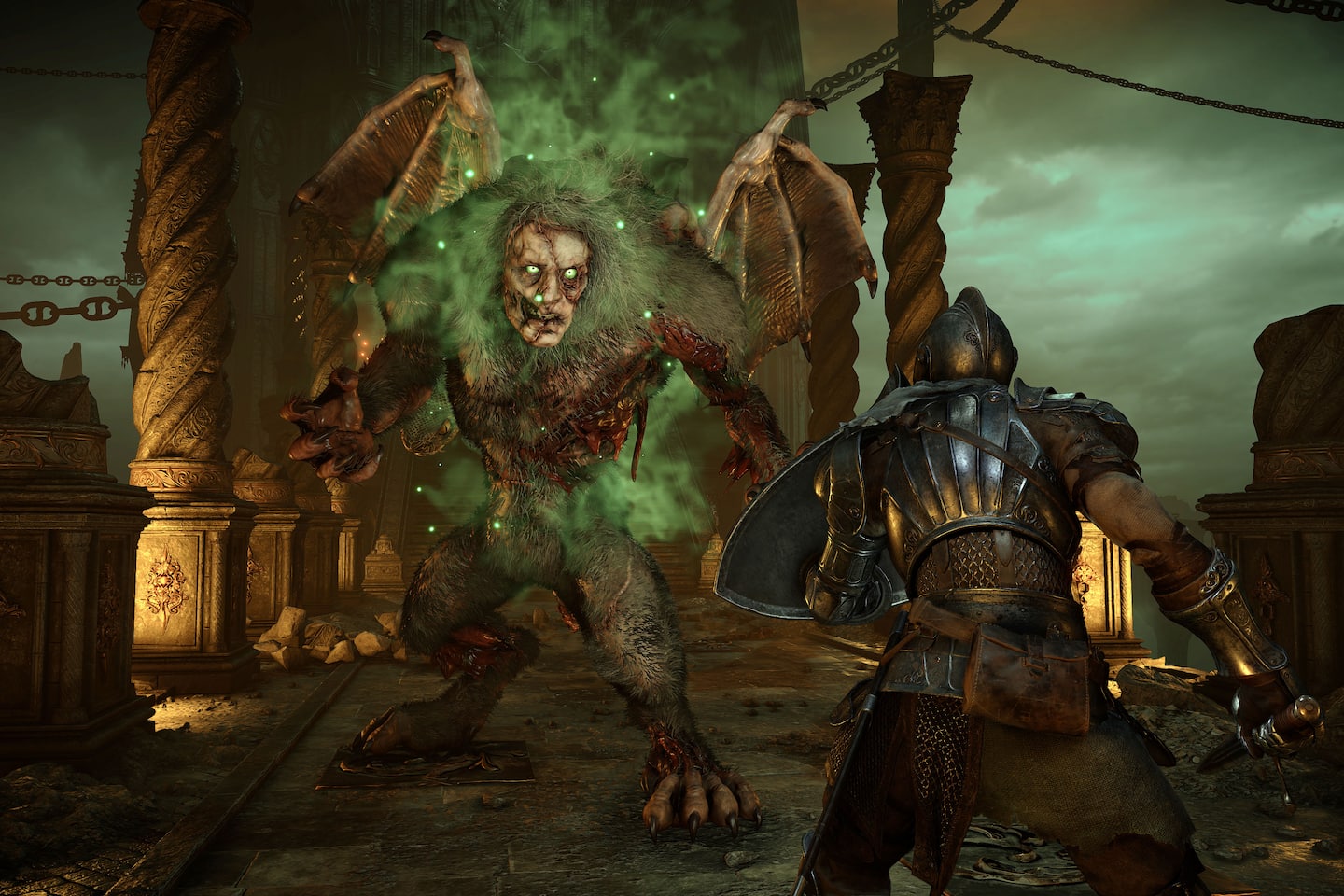 I was, and still am, inclined to agree. This PlayStation 5 remake is a blessing for those of us who traveled through Boletaria 11 years ago. And what nasty surprises await everyone who skipped ahead and cut their teeth on “Dark Souls” and its ilk. This is where the real “Souls” genre begins.

To reduce this launch title as a mere remake of a PlayStation 3 game is to sell short this astounding achievement by Bluepoint Games. This is easily the best-looking game on any console today. More importantly, it clarifies that virgin voyage into this genre in ways I never thought we’d experience.

In 2009, the ambition of the level design here was hampered by technology. Old school video game “fog” and darkness would obscure the darkest regions of the game, most notably the aforementioned Valley of Defilement, which set the bog standard for similar levels, like the infamous “Blighttown” of “Dark Souls.” Here, I can actually see what the entire valley looks like, far more vast and cavernous than even my imagination allowed.

On social media, there are flashes of disagreement with Bluepoint’s design decisions, particularly with certain enemies like the Fat Minister and the Maneater boss; the increase in graphical fidelity has led to them losing that chimerical quality which came from the haunting simplicity of the PS3 polygons. But there are really only a few examples that might seem disagreeable, all dwarfed by how each of the five worlds have been lovingly reimagined. And after all, “Demon’s Souls” is FromSoftware’s take on Western fantasy. It’s not a huge leap to see these creatures reconceived by a Western developer.

Bluepoint Games has created what I believe is the ideal PlayStation 5 launch game. First of all, it was Sony’s Japan studio that suggested to FromSoftware to conceive this game in the first place. The Souls-like genre is essentially a Sony first-party creation, before FromSoftware decided to branch out with “Dark Souls” two years later.

PlayStation CEO Jim Ryan says that the PS5 is all about sensory engagement. And “Demon’s Souls” is a game that demands attention to its details, its movements, how every weapon feels, as well as its sights and sounds. It was one of the first games that asked players to behave as if they were actually creeping through the dark halls of the Tower of Latria, hearing bells jingle down the hallway as some Eldritch horror awaits. Running through strange, unlit hallways would be ill advice in real life, and it’s a quick way to die in “Demon’s Souls.” Every level must be approached with caution and keen situational awareness.

The “game feel” is enhanced with 3D audio and the DualSense haptic feedback. The controller now mimics what your character’s hands might be feeling. If your sword hits a wooden shield, your controller will vibrate softer than against brassy, grinding steel shields and walls. When the sword in your right hand trembles with magical energy, so too will the right side of your controller. Every squish of flesh when you turn your blade will be heard from the controller’s speakers, all timed perfectly to your on-screen action. With headphones on, it’s true that you can almost feel arrows whiz by your left ear, while a torch crackles to the right of your head. It’s a Souls experience like we’ve never felt, heard or seen.

“Demon’s Souls” now looks like what I imagined console games might look like late in the PS5′s generational cycle, yet here it is for the PS5′s launch. The new engine adds clarity to the context of each world. The castle walls of Boletaria look more like a place of recent unrest and chaos, while the Tower of Latria’s upper and lower levels now make geographical sense. Latria is split between two planes, one above the fog in the highest floors of the tower, and another way below the fog, knee deep in mud and blood. My 2009 brain never was able to make sense of the architecture until last week, when I was able to see the pillars and foundations that hold the whole region together.

The facial animations are another controversial addition, but in my eyes, they only add to the game’s otherworldly ghastliness. PlayStation-exclusive titles like “Uncharted” and “The Last of Us” have pioneered facial animation technology to express convincing emotion. Bluepoint Games seems to flip that convention on its head. The faces convey emotion, but not in any subtle way like we’d see in Ellie or Joel, but mimicking Kabuki-style exaggerations that belie a deeper, unspoken pain. And the new orchestral remixes now take cues from your action, adding rare moments of cinematic flair to boss battles in an otherwise deadly quiet journey.

The biggest game-changing feature of this console generation is also this game’s biggest reason for celebration: fast loading times. Unlike later Souls-like titles, “Demon’s Souls” is divided up among five different regions, instead of one universal map. This gave the game a classic structure, like “World 1-1” in “Super Mario Bros.” But loading between the hub and between each region in five seconds or less ties the game together in ways older hardware simply couldn’t. Leveling up, grinding, dying and trying again are all the more pleasurable and easier to do with this friction largely removed from the process.

The game itself is an all-time classic. The settings FromSoftware created in 2009 have the complexity of real places, which is why the game played so vividly to fans of role-playing games. And now Bluepoint has given “Demon’s Souls” all the details and polish needed to fully realize this game’s idealized concept of “role playing immersion.” It was a game of boundless creativity, and to have it reimagined so vividly by Bluepoint Games is nothing short of a minor miracle.

This Nintendo player turned ‘Mario Kart 8 Deluxe’ into a fitness game. Here’s how he did it.