Washington Football Team minority owners have a deal to sell, but Daniel Snyder is blocking it 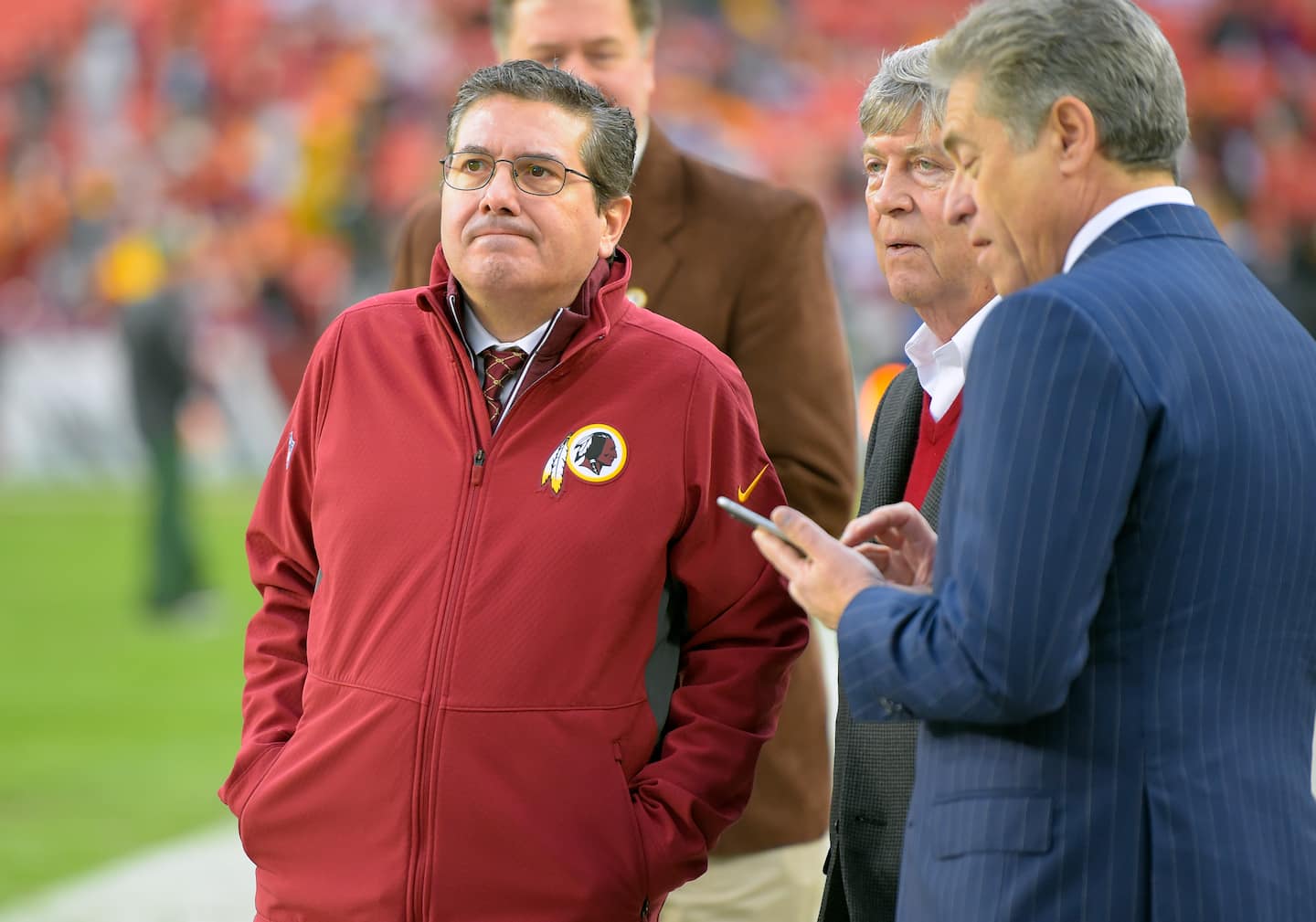 The prospective buyers are Behdad Eghbali and José Feliciano — billionaire co-founders of Clearlake Capital, a private equity firm based in Santa Monica — as well as Feliciano’s wife, Kwanza Jones, a singer/songwriter and philanthropist who grew up in the D.C. area.

Their offer has been tentatively accepted by the team’s three minority shareholders: FedEx chief executive Fred Smith, real estate magnate Dwight Schar and investor Robert Rothman. But Snyder is blocking the sale, according to people familiar with the situation, by attempting to selectively exercise his right of first refusal to buy back minority shares of the team before they’re sold to other parties. While the three minority owners are seeking to sell their 40 percent share in unison, according to these people, Snyder has offered to buy only the 25 percent held by Smith and Rothman, not the 15 percent owned by Schar.

Eghbali, Feliciano and Jones did not respond to multiple requests for comment, nor did Smith, Schar and Rothman. Snyder and the team also declined to comment.

In an attempt to get a federal judge to force Snyder to allow the sale to move forward, the three minority owners sued him in U.S. District Court in Maryland on Nov. 13, according to court records made public Friday and a person with knowledge of the lawsuit. The New York Times first reported details of the case, which was filed under seal, keeping the lawsuit and all related court filings hidden from public view.

This week, attorneys for The Post wrote to the court, protesting the decision to permit the case to move forward confidentially. On Thursday, U.S. District Judge Peter J. Messitte replied with a letter stating the case will remain sealed until at least Dec. 3, when he will rule on The Post’s challenge.

The NFL and owners of other teams are not pleased that Schar, Smith and Rothman took the dispute to court, according to a person with knowledge of the league’s inner workings. “That’s not how it’s done,” that person said.

Recent progress toward a potential sale came after the minority owners lowered their asking price, according to a person familiar with the situation. The team is worth $3.5 billion, according to the most recent estimate by Forbes, which would make a 40 percent stake worth $1.4 billion. But those figures typically only hold when the team is sold in its entirety, according to industry experts; shares for minority ownerships in NFL franchises are worth less because they carry no authority in the team’s operations.

Smith, the FedEx founder who lives in Memphis, has been trying to sell his share of the team since 2019. Rothman and Schar joined him this spring, with all three turning to Baltimore-based investor John Moag to handle the sale. The desired parting quickly turned acrimonious, according to a person familiar with the situation, and Snyder threw the minority owners off the team’s board and denied them access to its financial statements.

In June, the co-owners filed a grievance against Snyder with NFL Commissioner Roger Goodell, who appointed an arbitrator to settle the dispute, according to two people familiar with the proceedings. The grievance process, which is conducted privately, is ongoing.

Then the dispute spilled into court, with Snyder filing legal actions on two continents alleging an Internet misinformation campaign to defame him and somehow force him to sell the team.

Several of the people and corporate entities Snyder sought documents from have connections to Schar, including Comstock Holding Companies, a Virginia real estate corporation whose chief executive is Schar’s son-in-law; Mary Ellen Blair, a former executive assistant of Snyder’s who has lived in Comstock properties for years; and Moag, the banker hired by the minority owners to sell their shares.

While most of Snyder’s attempts to obtain records from these people remain in progress, the one involving Blair recently was completed. In court filings and hearings, Snyder’s lawyers have said they have evidence showing Blair called two team employees in July and, in separate conversations, told them they could “make a lot of money” for damaging information about Snyder and that an upcoming story in The Post would detail how Snyder does “dirty” and “illegal” things.

While Blair’s attorneys denied these allegations, a judge ruled Snyder was entitled to the records he sought. Snyder recently dismissed the case, and whatever records he obtained from Blair are likely to remain confidential unless he uses them in a public court action.

“The matter was resolved on mutually agreeable terms,” said Natalie Harris, an attorney for Blair, who declined further comment.

All proposed ownership sales are vetted by the NFL’s finance committee and must be ratified by a three-quarters vote of the league’s 32 owners. If approved by the NFL, Jones, Feliciano and Eghbali would be the third set of minority partners Snyder has had during his 21 years as owner.

Snyder was 34 when he and fellow investors Mortimer Zuckerman and Fred Drasner bought the team and its Landover stadium in 1999 for $800 million, then a record for an NFL franchise. Zuckerman cashed out about six months later, with Snyder and Drasner absorbing his roughly 15 percent stake.

In 2003, the NFL approved the addition of three new co-owners: Smith, Rothman and Schar, then a Virginia-based real estate developer and the only one with Washington-area roots. Drasner sold his stake in 2004.

The purchase of a minority share in the team would be a homecoming of sorts for Jones, a Los Angeles native who moved to the D.C. area as a child and attended Calvin Coolidge High before departing for Princeton, where she met her future husband. In September, Jones and Feliciano made a $20 million donation to Princeton, the largest gift in the university’s history by Black and Latino donors, according to a news release from the school. This summer, Jones was involved in efforts to convince Princeton officials to remove Woodrow Wilson’s name from a school and several campus buildings because of racist comments and actions attributed to the former president.

Feliciano, a native of Puerto Rico, is worth $2.1 billion, according to the most recent estimate by Forbes. Eghbali is worth an estimated $2 billion.

Wall gave the Wizards their last great memory. Then it all fell apart.

Sarah Fuller made history. Her parents understand why her moment matters.

Wizards’ deal of John Wall for Russell Westbrook is the right move, but packed with risk