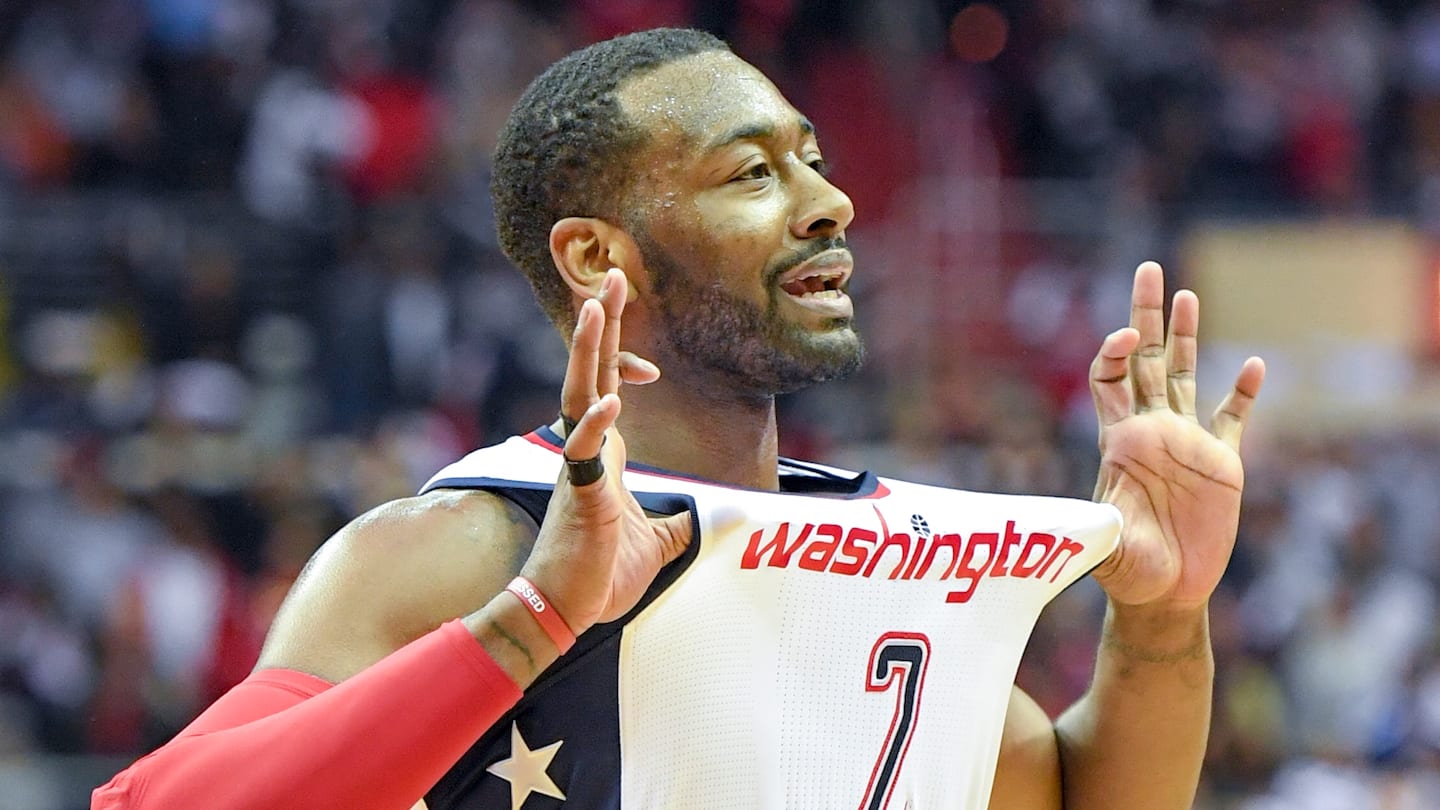 Wall’s desire puts Washington in a tricky situation. The 30-year-old, who next month was expected to play his first basketball game for the Wizards in two years after coming back from an Achilles’ injury, is owed more than $130 million over the next three years. Washington has significantly less leverage now that potential trade partners know Wall wants out.

Before the night devolved into chaos, Washington crossed off a couple of big-ticket items Friday.

Signing the 6-foot-10 Latvian native was at the top of Washington’s to-do list for good reason after his breakout season last year. Bertans ranked sixth in the league in three-point percentage (42.4) and notched career highs in points (15.4), rebounds (4.5) and three-pointers made (3.7) coming off the bench.

Though the Wizards struggled mightily on defense last season, they could usually depend on a high-octane offense carried by Beal and Bertans. Together, they provided more than a third of Washington’s scoring with a combined average of 45.9 points. The prospect of having Bertans and Beal working on the perimeter — ideally alongside Wall and a more experienced group of young Wizards players to add scoring at different levels — was too tantalizing to let the 28-year-old walk.

Washington reportedly had to pay a hefty price, particularly for a specialist.

Bertans arrived in Washington from the San Antonio Spurs via a three-team trade in July 2019 and blossomed into an offensive sparkplug playing with the Wizards’ second unit. He took just 26 games to rack up 100 three-pointers, the fewest games to hit that mark in a season in franchise history. In early February ahead of the trade deadline, the team heard an abundance of offers for the sharpshooter around the same time he participated in the three-point contest during All-Star Weekend in Chicago.

They declined each one, making it clear from just about the start they thought of the four-year veteran as a franchise linchpin moving forward.

“Davis, he was one of the best shooters in the league,” Wizards General Manager Tommy Sheppard said in a news conference this week. “It was not a well-kept secret, but I don’t know if the NBA really knew about Davis as well.”

The Wizards stood behind him even as Bertans elected to err on the side of caution and sit out while the Wizards traveled to the Orlando area to participate in the NBA bubble. With two tears to his right ACL in his past, the most recent of which happened in 2015, the Latvian is diligent about his health. Preparing his body to play in the bubble on a shortened timeline added to the risk of injury in Florida ahead of what was always expected to be a lucrative free agency for Bertans.

Aside from Bertans, Washington took major steps toward addressing its second-biggest offseason priority. The Wizards reportedly found the defensive-minded center and rim protector they sought in veteran big man Robin Lopez. The 7-footer agreed to terms on a one-year deal, according to multiple reports.

Lopez, who is 32 and will play his 13th season in the league next month, averaged 2.4 rebounds playing limited minutes off the bench for the Milwaukee Bucks last season.

A 6-foot-8, 220-pound power forward, Gill reportedly signed a two-year deal with Washington after spending the past three seasons playing with the Russian team BC Khimki in the EuroLeague. The 28-year-old impressed overseas, averaging 8.3 points and 4.5 rebounds and shooting 56.7 percent from the field on limited attempts.

Having played Tony Bennett’s famous pack-line defense at Virginia, Gill has a solid defensive background and is a sturdy, physical four who could help buoy the Wizards’ team defense and serve as an aggressive rim protector. He was a defensive leader in Charlottesville but also was known as an affable jokester who made something of an odd couple with the more serious Malcolm Brogdon for three seasons. The pair led the Cavaliers to the Elite Eight in 2016.

Gill was a teammate of Bertans’s brother, Dairis, in Russia last year.

Wall gave the Wizards their last great memory. Then it all fell apart.

Sarah Fuller made history. Her parents understand why her moment matters.

Wizards’ deal of John Wall for Russell Westbrook is the right move, but packed with risk