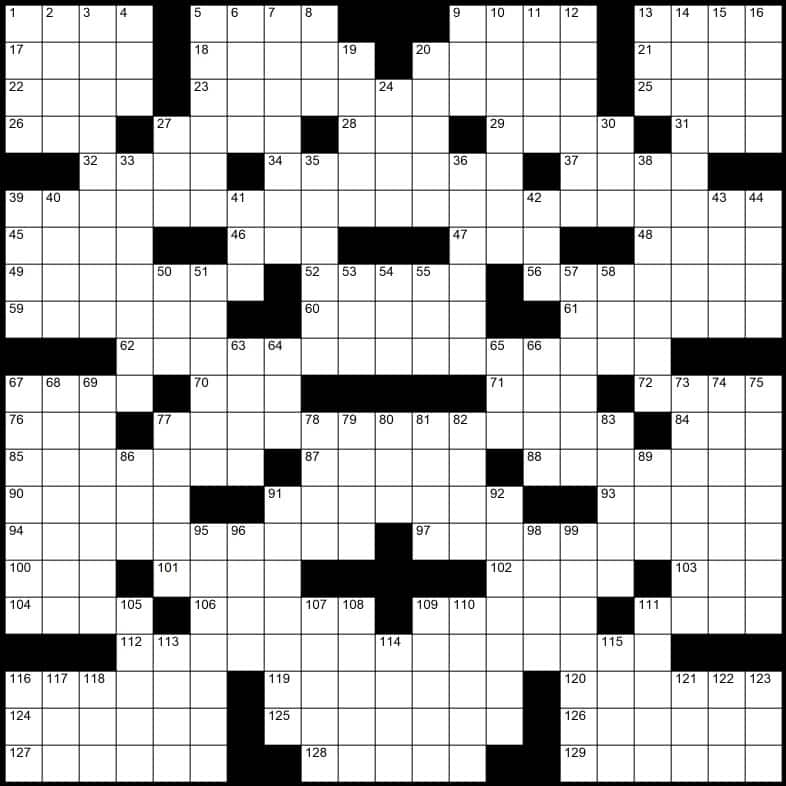 Silent letter-based themes always trip me up in ways that I don’t expect until I try to write one. Keeping myself to the constraint of spelling out GOLDEN in the added silent letters was one problem, but an extra difficulty was that I wanted the silent letter to be the only new letter added to the original phrases, and I wanted the words with the added silent letters to be homophones of the ones they were based on. For instance, there are several words that have a silent D, like bridge, fudge, handkerchief, lodge, and sandwich. The problem is that if you deleted the D from those words to use as part of real phrase, you would either produce a nonsense word (brige, fuge, hankerchief, sanwich) or a word that isn’t pronounced the same as the original one (loge).

I have to give the constructor and friend-of-the-show Joon Pahk credit for helping me find LOESSER as a name that both has a silent O and is a homophone of LESSER, although this bit of help was years in the making. He gave that tip four years ago in this blog post on Diary of a Crossword Fiend — one reason that crossword blogs can be so valuable!

Sharing the workload at home when one child has special needs

Pizza Hut’s Detroit style is crunchy and cheesy, but one expert says Motor City natives ‘would be offended’

Indoor exercises to prepare you for hiking the great outdoors

It’s tree-pruning season. Here’s how to do it without resorting to ‘crape murder.’

FAQ: Single or double? The latest advice on masks and covid.