Spencer Kieboom built his life around baseball. Then he quietly walked away. 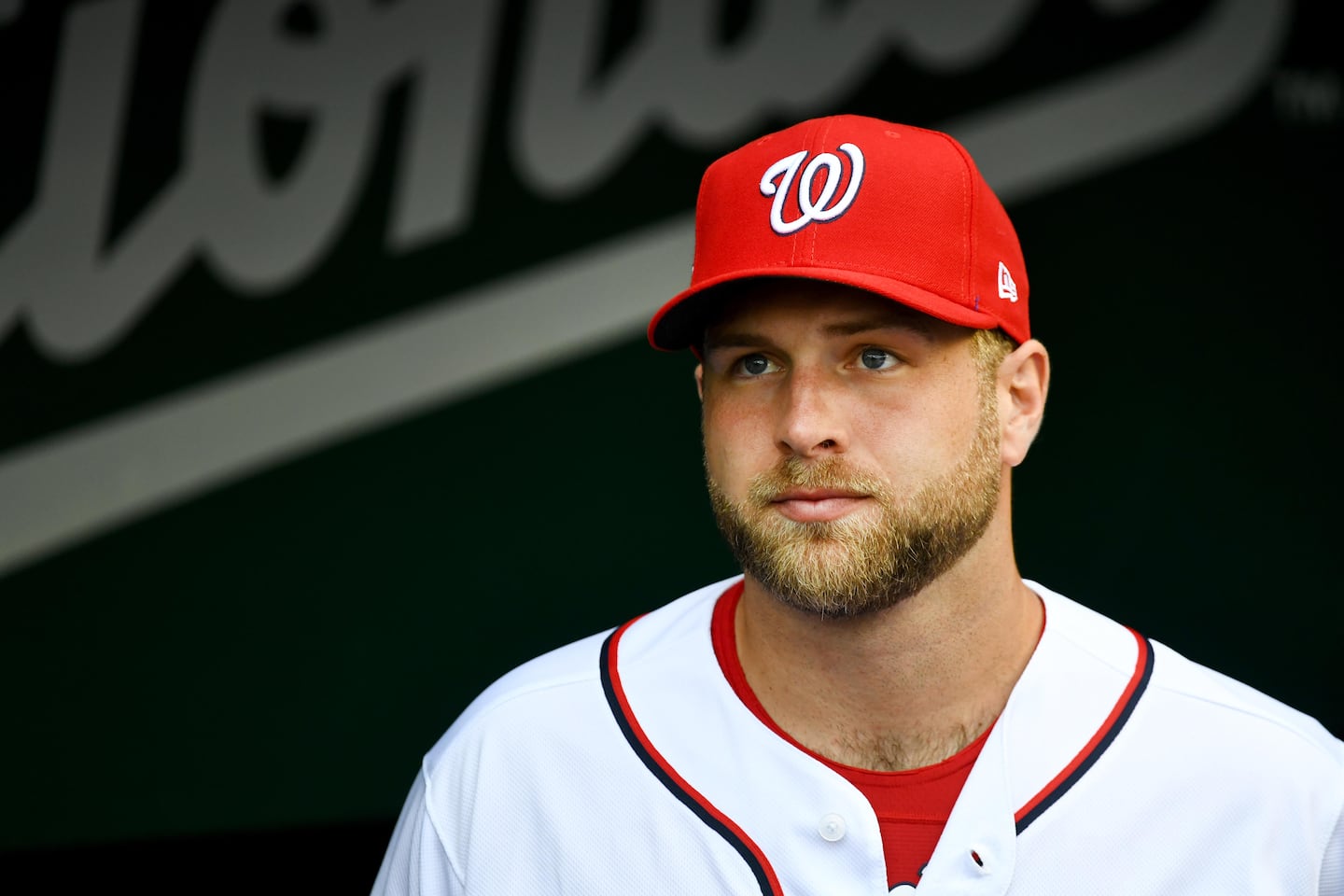 Now, almost a year removed from that decision, Kieboom is a new father of a baby boy. He’s finishing his degree and carving out a niche in retail. He is happy and at peace with retiring at 28 — even if there was no ovation, no coverage, no ceremony to offer tear-filled gratitude to his teammates, family or fans.

Kieboom made his exit in near anonymity. He laughs and calls it his “Irish goodbye” from the sport. He’s come to terms with what he accomplished, what he didn’t and how those final moments look in his head.

“Personally, that’s a really emotional image,” Kieboom told The Washington Post. “You’re saying goodbye to something you loved. But it’s also part of growing up. You can’t play forever.”

It was all fun until it really wasn’t. At the start, outside their home in the Atlanta suburbs, it was just Spencer and his mother in the evenings. He had found his dad’s old catcher’s mitt and raised his hand when a youth coach asked for someone, anyone, to squat behind the plate. That’s how a dream was born. And that’s how Spencer and Lynette wound up playing catch while the sun disappeared.

The streetlights weren’t quite big enough to fill a stadium. But when Spencer looked up at them, he saw a ball tumbling toward the ground. He just had to stop it from hitting the pavement. The goal was never simpler.

All three Kieboom brothers would star at Walton High School and receive Division I offers. Spencer and Carter, the youngest, were drafted by the Nationals. Trevor, the middle child, played in college and is Carter’s agent. The sport is what they do but not who they are. Spencer was the first to show that.

He was always a dependable catcher. He shined that way at Clemson, joined the Nationals as a fifth-round draft pick in 2012, then debuted with a single plate appearance — a walk followed by a run scored — in 2016. Two years later, he was promoted because of injuries and passed Pedro Severino as Matt Wieters’s backup. He made 39 starts, collected 29 hits and, for a few months, was a major league regular.

That was his goal from the beginning: to make it and then stick. He didn’t want to be a star. Aware of his ceiling, he wanted to play well enough to have a job each spring. The Nationals, though, went out and signed Kurt Suzuki before trading for Yan Gomes. Two proven, veteran catchers left no room for Kieboom on the roster. He spent 2019 with the Class AA Harrisburg Senators, mostly on the bench, kept close to Washington in case of emergency. Yet his next at-bat never came.

“I just felt trapped,” Kieboom said of that summer. “I was beyond frustrated. I was fortunate enough to be making good money. That’s partly why this was not a decision that I made lightly. But I was never more unhappy. It was like, ‘I can’t keep doing this to myself.’ ”

‘I can finally breathe’

There were a few reasons his chances dwindled. Suzuki and Gomes started all but two of the Nationals’ 162 games in 2019. When Washington needed a third catcher for a doubleheader, they felt Raudy Read, coming from the Class AAA Fresno Grizzlies, could provide more power and upside in a pinch-hitting situation. And Tres Barrera, now 26, was younger than Kieboom and impressing in Harrisburg.

Kieboom understood the details. None of them made his final season any easier to parse. He was promoted for three days in July and didn’t appear in a game. Then he was with the club in late August, one last time, holding Hunter Strickland’s place while he took paternity leave. Again, he wasn’t used by Manager Dave Martinez. His final professional season included two call-ups, no plate appearances and no innings at catcher. It was obvious that, once Strickland returned, Kieboom would head straight back to Harrisburg to ride the season out.

But he had other plans. Looking back, Kieboom said he couldn’t have spent even 10 more days in the minors. That’s why he soon sat inside Nationals Park, right against the padded rail, as his internal camera clicked.

“I took that mental image, like a picture, because I knew that would be the last time I sat in a dugout during a game,” Kieboom said. “It was just a big sense of relief. That’s really what it felt like. Like, ‘Oh, God, I can finally breathe.’ ”

The Nationals beat the Orioles that night, 8-4, and Kieboom was sent down. Next came a slow and blurry transition out of baseball: He asked to see a doctor to evaluate the throwing elbow that had nagged at him all year. He figured he would be released — he was fine with that — but was instead placed on the 60-day injured list.

His season was over. He headed back to Georgia to sort through his thoughts. He didn’t watch the World Series run, needing to distance himself from the sport to wash a bad taste from his mouth. He officially became a free agent Oct. 24, 2019. A second opinion from James Andrews, a leading elbow expert, was inconclusive. A third opinion showed a pinched nerve that required surgery.

After that, Kieboom no longer felt sharp pain when lifting his iPhone or trying to sleep. He worked out, rehabbed the injury, even heard from a few teams extending spring training invites. But his heart wasn’t in it. He consulted his wife, Christa, and decided to finish his marketing degree at Clemson. Then he retired and stared down the rest of his life.

“He went out the way he played: head down, quiet, no frills,” said his father, Alswinn. “I respected that. That made me really proud.”

“From a self-evaluation standpoint, I knew I couldn’t reach my goal anymore,” Spencer Kieboom added. “I wouldn’t have stopped if I had more in the tank. I just didn’t.”

So he pivoted. That’s a business term, Kieboom notes, and a skill he learned in baseball. To stay connected and give back, Kieboom trains a teenage catcher bound for Mississippi State, works with his old travel club on Sundays and is on the advisory board for Kennesaw State University’s team. He otherwise disconnects from the sport aside from following Carter’s games with the Nationals. He is busy taking care of baby Swinn, named after Kieboom’s father, and developing his own company.

But there are parts he does miss. He received a World Series ring that reminds him of the friends, fans and city he grew close with. He loved game-planning with pitchers, searching video and stats to beat a batter. And, of course, there are few feelings like stepping beneath the lights of a ballpark while the world swirls around you.

Kieboom now finds that while holding Swinn or spending time with Christa. Business is a fresh passion, an outlet for the competitiveness that steered him through eight seasons in pro baseball. He has seen one career through, started his next and, not yet 30, is storing more memories by the day. He likes it on the other side.