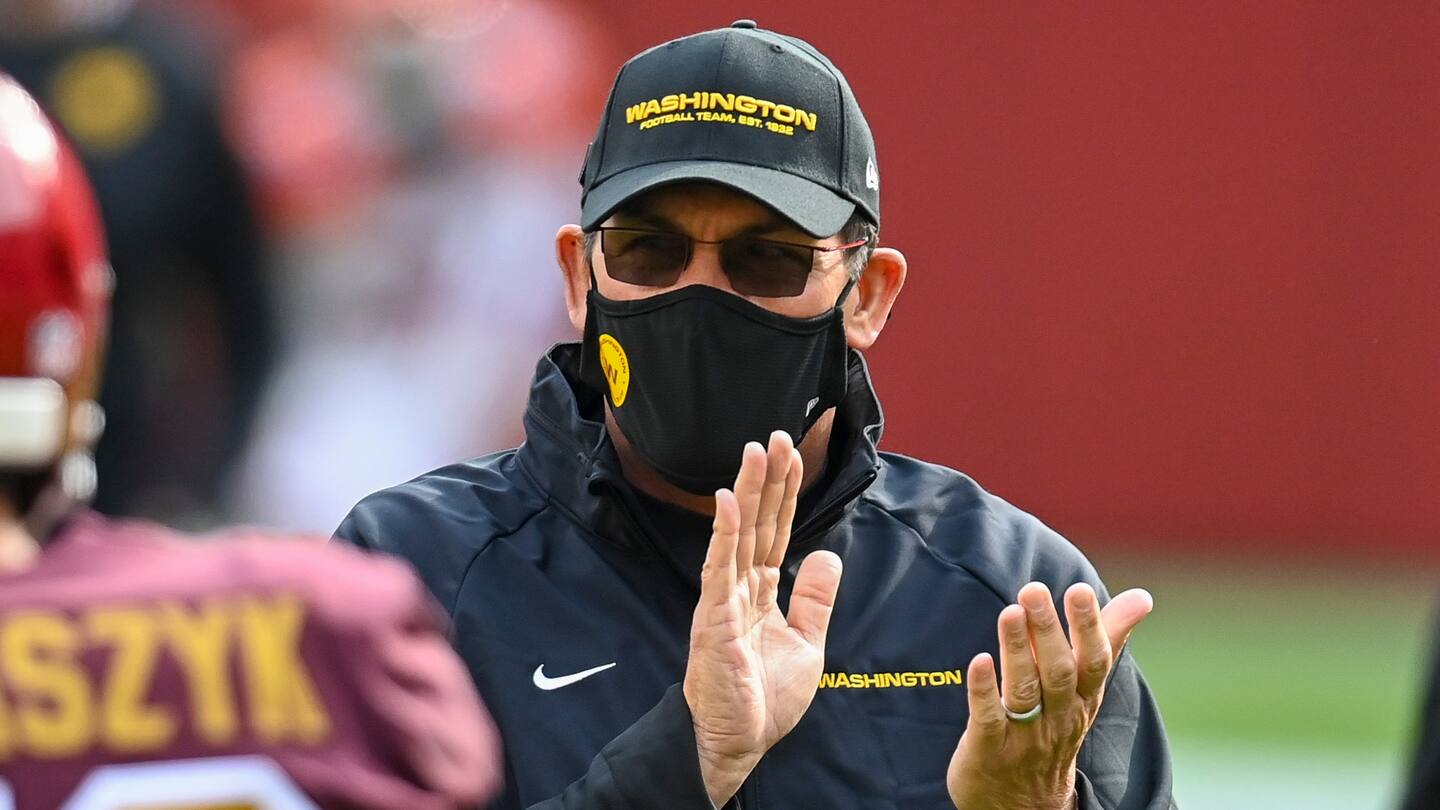 “But deep down inside — and forgive me for putting it this way — it just p—es me off.”

Little did he know what awaited him after those comments.

On Monday, the Washington Football Team felt the ripple effect of the NFL’s most chaotic weekend yet when its next game, against the Pittsburgh Steelers, was postponed from Sunday afternoon to 5 p.m. Monday and its Week 14 game against the San Francisco 49ers was relocated from Levi’s Stadium to the Arizona Cardinals’ home field in Glendale.

The moves are the latest of many adjustments and rulings the league has made recently as it grapples with a surge of coronavirus cases. In the past four days alone, the NFL ordered all team facilities shut down Monday and Tuesday; postponed the Steelers’ meeting with the Baltimore Ravens a second and then a third time, to Wednesday, because of more positive tests among the Ravens; allowed the Denver Broncos to play without a quarterback on their roster after contact tracing revealed they were “high-risk”; and scrambled to relocate the 49ers after California’s Santa Clara County banned all contact sports for at least three weeks.

Rivera’s life has been turned upside-down this year as he has navigated a rebuild with a new team that is changing names and dealing with allegations from its past, while also managing his own cancer diagnosis and the weight of a global pandemic.

For Rivera, a “players’ coach” whose reputation is built largely on human interaction, the virtual world is challenging.

“I’m one person that is not fond of the Zoom concept and holding meetings with Zoom because it’s hard to see everybody’s reactions,” Rivera said, via Zoom, with reporters Monday. “Sometimes I say something sarcastic and I want to see your guys’ reaction and I can’t and some people might take it the wrong way. So I’ve tried not to be sarcastic because sarcasm and humor do not translate. So I’ve tried to be aware of that.

“And so it’s hard and you get frustrated and honestly, being told … that we were going into these next steps of protocol, that was frustrating. It really was. But I understand. I get it. We have to be safe.”

Rivera, the team’s de facto general manager, has had to manage a roster in new ways to account for potential emergency situations, such as the one faced by the Broncos, and ensure backups at critical positions stay available. Washington signed kicker/punter Kaare Vedvik to its practice squad for that very reason, but its quarterbacks room, which started with four players, is down to three after a season-ending injury to Kyle Allen.

Rivera has thought about the possibility of the NFL pausing the season — or even being unable to finish it. The league has altered its testing protocols over the course of the season and implemented more stringent mask-wearing rules that come with heavy fines for violations. But it has yet to cancel any games, even with the increase in cases — and even those involving teams that have only 10 starters (Baltimore) or no quarterbacks (Denver) or no home stadium (San Francisco).

Washington (4-7) is second in the NFC East after the New York Giants’ victory Sunday, and how it handles the uncertainty and its upcoming difficult stretch of opponents may become a measuring stick of its growth. After its meeting with the 49ers in Arizona, Washington returns home to face the Seattle Seahawks and then Rivera’s old team, the Carolina Panthers, before heading to Philadelphia with the division title possibly on the line.

But first it will return to practice Wednesday, with a simple message from its head coach: Be ready.

“That’s really the only thing we’ve done, is talk about the situation we’re in and try to make sure guys understand how important it is to be adaptable,” Rivera said. “That’s the biggest thing. I’ve told the coaches this and I’ve told the players this, we can’t make a big deal if something changes. When you start worrying about that, what was interesting becomes important. That’s not what we want to happen. It’s not important. It’s interesting, it’s different. Okay, we deal with it and we move on.”