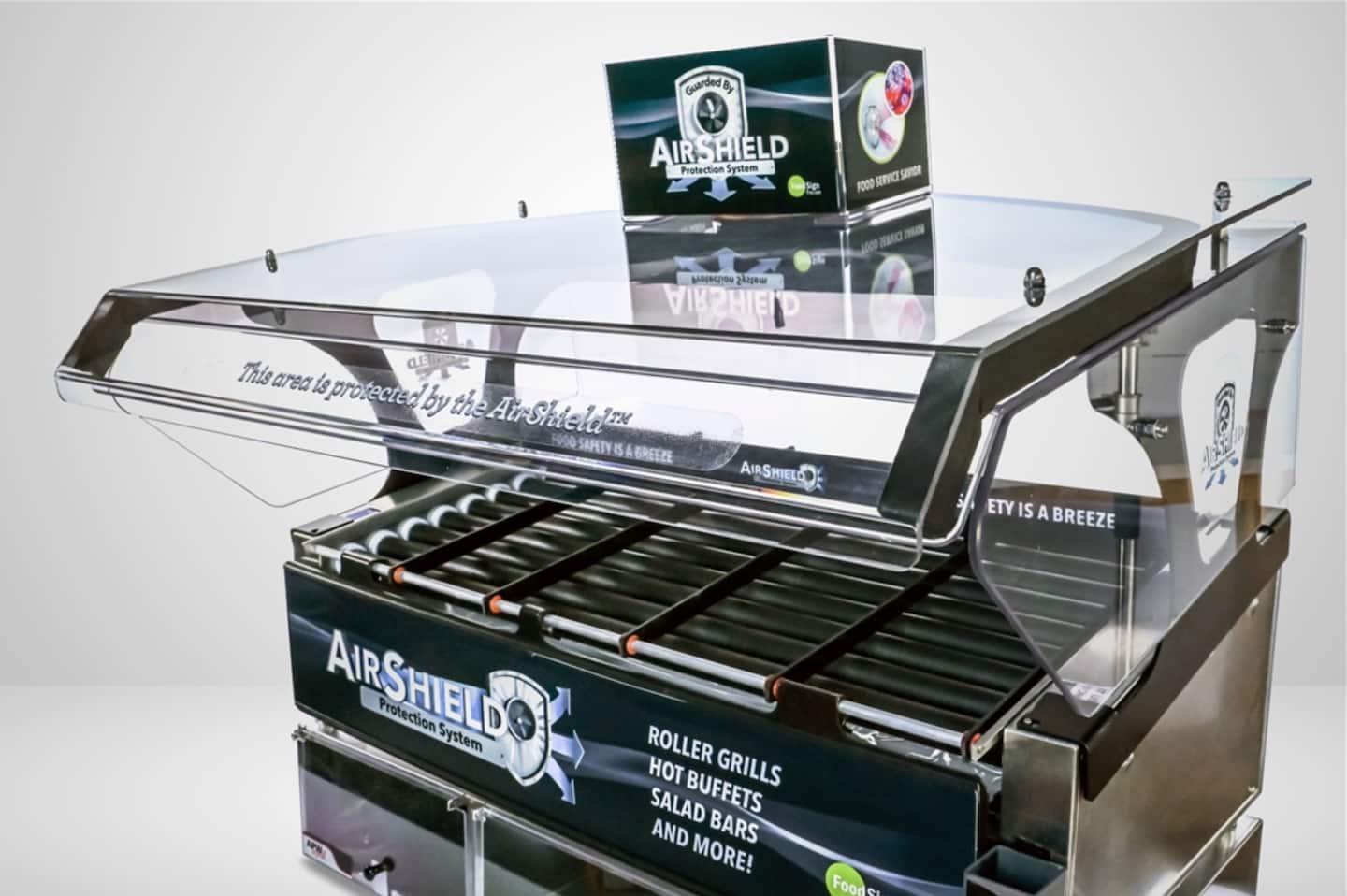 In the months since, some of the nation’s most popular buffet chains closed shop. Others embraced curbside pickup or invented new post-outbreak experiences such as “no-touch” all-you-can-eat dinners.

More than nine months later, however, the buffet industry is still reeling from the loss of the self-serve station as some states inch toward what could be another round of indoor dining lockdowns.

Still, one small business is banking on the sector’s comeback and has manufactured a device meant to help the industry recover.

Pennsylvania-based Food Sign Pros is piloting a “food protector” that repurposes technology that’s been around for decades. It’s called AirShield, and it uses a continuous flow of air to keep respiratory droplets away from the salad bar.

“It essentially diverts particles and air-blown contaminants away from the food by pushing them downward,” said Michael Kurmlavage, head of major accounts at Food Sign Pros.

The FDA says there’s no evidence that the virus is transmitted via food, but social distancing measures and concern over shared surfaces have driven people away from buffets.

The new tech can’t come soon enough for self-serve restaurants, once part of a booming industry that has faced various restrictions and other fallout amid the pandemic.

Several states, including Arizona and Indiana, prohibited buffets and cafeteria style operations early on to slow the coronavirus spread. Since then, California’s buffet chain Souplantation closed shop for good, as did Virginia’s Country Cookin and Texas-based Luby’s Cafeteria. Yelp users have reported SoHo Cafe and Market to be temporarily closed in downtown D.C., while a prominent Golden Corral franchisee in Florida filed for Chapter 11 bankruptcy and announced plans to shutter some locations in the South.

Overall, food and drink sales were down more than 14 percent in October, up from a 52 percent drop in April when the restaurant industry bore the brunt of pandemic-related dining restrictions.

The company’s patent-pending AirShield is retrofitted to sit atop traditional buffets and sneeze guards, while a built-in fan produces a curtain of air that flows down the buffet top and toward the floor, separating the food and the person standing at the station.

The company is on its fourth iteration of the device, which has coverage areas ranging from 20-inches to 48-inches wide. AirShield is currently being tested by various large companies across the buffet, convenience store and grocery store industry, the company says.

Sample pricing starts at roughly $400 a piece; however, that price is expected to drop significantly once it goes into mass production.

While the FDA says there’s no evidence of virus transmission from food, AirStream is meant to reassure diners that food retailers are taking their health seriously, Kurmlavage said. In video demonstrations, the company shows how gusts of air can keep smoke away from food sitting on a roller grill, and AirShield is currently undergoing testing to see if the process can ward off covid-19-causing droplets.

“The winners following covid-19 will be the retailers that consumers perceive as the safer option,” Kurmlavage said.