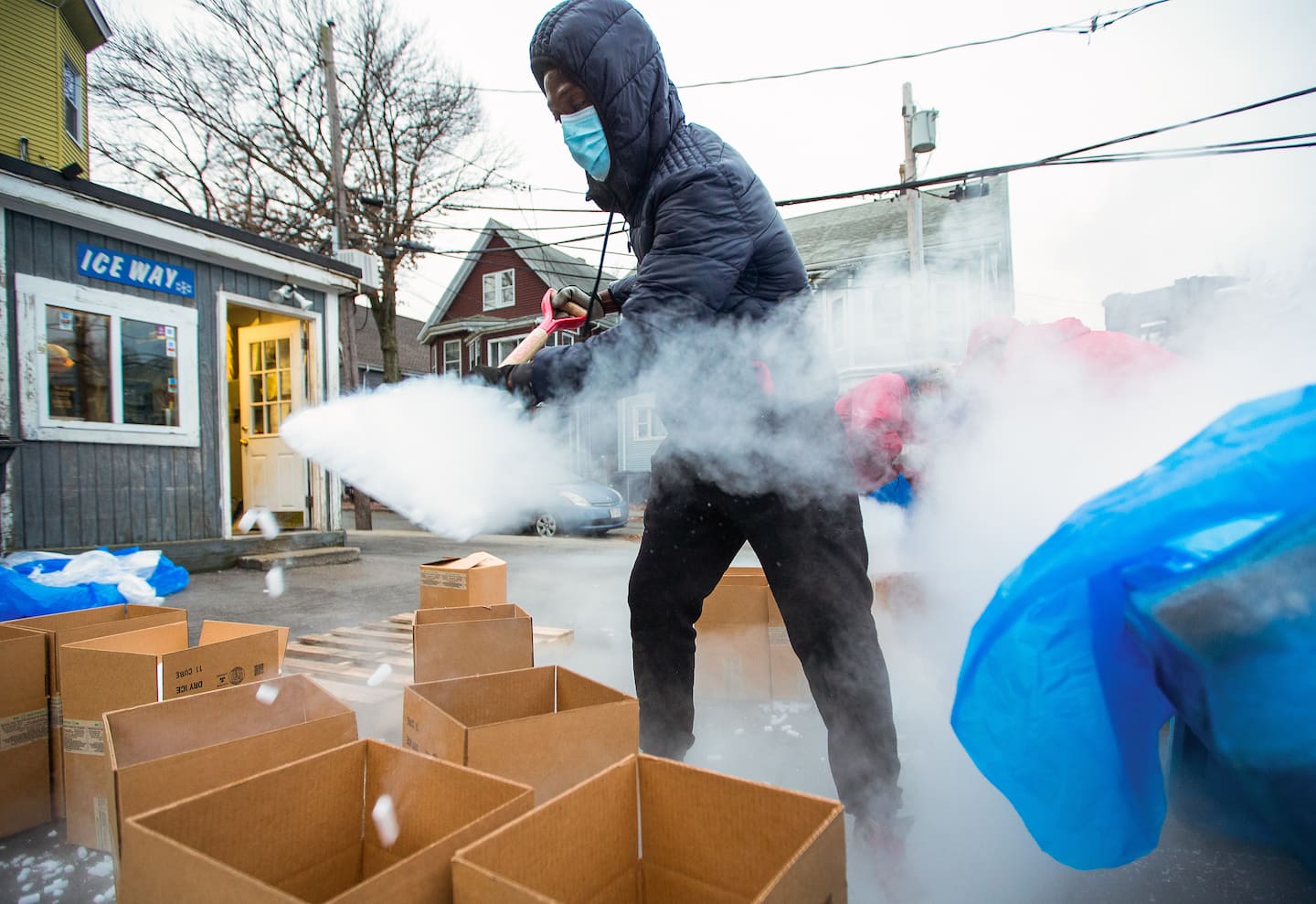 Those priority groups, totaling about 24 million people, have been broadly supported by the advisory group in recent meetings. Tuesday’s formal vote would affirm the recommendations to Robert Redfield, director of the Centers for Disease Control and Prevention, that health-care personnel and nursing home residents be first in line, in what is known as phase 1a. That, in turn, helps states scrambling to meet a Friday deadline for vaccine distribution planning.

The advisory group will also make recommendations at later meetings for priority groups in the next phases, which include essential workers and older adults. An ongoing debate about the ranking of priority groups is likely to intensify as the Food and Drug Administration gets closer to clearing a vaccine later this month.

What the independent committee is likely to recommend may differ from what some Trump administration officials want, according to three federal health officials who spoke on the condition of anonymity to share internal deliberations.

Redfield; Deborah Birx, the coordinator of the White House coronavirus task force, and Adm. Brett Giroir, the top testing official at the Department of Health and Human Services, for example, have recently emphasized the importance of prioritizing older Americans, whereas the committee members have held firm on giving preference to health-care workers.

Recommendations from the advisory group are sent to Redfield, who also informs Health and Human Services Secretary Alex Azar. If the recommendations are approved, they will become official CDC recommendations on immunization in the United States.

Michael Pratt, an HHS spokesman, said Azar is committed to following the process and “has insisted that science and data drive the process for vaccines and therapeutic development, and will do so for vaccine allocation and distribution.” He added: “Doctors will make their recommendations, and ultimately the governors will make a determination of what works best for their communities based on input they receive and the circumstances on the ground.”

U.S. officials anticipate having about 40 million doses of vaccines from Pfizer and biotech firm Moderna by the end of the year, enough to immunize 20 million people, a fraction of the U.S. population of 330 million. Operation Warp Speed, the administration’s initiative to speed vaccine and therapeutics development, plans to send the first batch of 6.4 million doses of Pfizer’s vaccine to communities nationwide within 24 hours of FDA clearance, with the expectation that shots will be administered quickly.

The Advisory Committee on Immunization Practices (ACIP typically votes on who should get a vaccine after the FDA has approved it. In this case, the FDA isn’t expected to authorize the two leading coronavirus vaccines for emergency use until mid- to late December.

The advisory group is meeting Tuesday because states want priority group guidance before Friday, when they must submit final details to the federal government on where they want vaccine to be delivered once one is authorized.

“We’re doing this because things are moving very quickly with what we think will be approval of one of the vaccines,” Jose Romero, the advisory group’s chairman and the Arkansas secretary of health, said in an interview during the weekend.

The 14 members of the panel have spent the past several months grappling with questions about balancing fairness and expediency. They have scrutinized data and modeled scenarios to address how best to balance saving the lives of the most vulnerable against stopping the spread of the virus, and doing so in a way that will lessen health inequities.

“If we had vaccine for every person in the United States, it would be an easy decision,” Romero said. “But we don’t, and that’s why we have to make a prioritization scheme for the initial set of vaccines.”

“We want to give vaccine to those who need it most in our society,” he said. “I can tell you, in my opinion, this is the most weighty vote we have given in my seven years on the committee.”

The deliberative work of the committee represents a reassertion of scientific expertise and welcome federal guidance, said David Kimberlin, the American Academy of Pediatrics’ liaison to the advisory group.

The recommendation to prioritize health-care workers and residents of long-term care facilities in the first phase of immunization leaves states and local jurisdictions — even individual medical providers — with considerable leeway to define that category and create priorities within it.

Many state officials have said they plan to follow the federal recommendations. They may be adapted differently by various states, but they have the benefit of emerging from a “well-developed process that states will not need to re-create wholesale,” Kimberlin said.

“It gives states confidence to say the CDC is in charge, that public health people are making decisions,” said Kimberlin, a pediatric infectious-disease specialist at the University of Alabama at Birmingham. “I think science reasserted itself this fall, shaking off the political cloud that had begun to gather over everyone’s heads.”

David Aronoff, director of the division of infectious diseases at Vanderbilt University Medical Center, said hospital officials need guidance to help identify who among the health-care workforce should have priority.

“Let’s say before Christmas we get 500 doses,” he said. “How do we deploy that in a way that is congruent with national guidelines and is equitable, and it’s not just the squeakiest wheels getting it first, or the ones who jump into the lines?”

The advisory group is prioritizing health-care personnel because they are the people who keep the “machinery” of hospitals and the rest of the health-care system running, Romero said. Residents and staff members of long-term care facilities, including nursing homes, have been hardest hit by the pandemic. Residents and employees at long-term care facilities accounted for 6 percent of coronavirus cases and 39 percent of deaths in the United States, according to the advisory group.

The advisory committee has expressed support for, but not yet voted on, the likely order for three groups who should get the shots next: essential workers (about 87 million people, not including health-care personnel) in phase 1b; people 65 and older (about 53 million) and adults with underlying medical conditions that put them at higher risk of getting very sick with covid-19 (about 100 million) in phase 1c.

That discussion is likely to be the focus of the advisory group’s next meeting, after the expected authorization of the vaccine developed by pharmaceutical giant Pfizer and its German partner, BioNTech.

Under the current advisory group definition, essential workers include people who work in meatpacking plants and other food-processing facilities; police and firefighters; teachers; and the transportation industry, among others.

Data from the advisory group suggest vaccinating essential workers maximizes the overall functioning of society and promotes access to vaccine for communities of color, which have been most affected by the pandemic.

At the advisory group’s meeting last week, Beth Bell, a global health expert at the University of Washington and committee member who chairs its coronavirus vaccine work group, said essential workers “are out there putting themselves at risk to allow the rest of us to socially distance.”

Scott Gottlieb, a former FDA commissioner who has been warning about surging case numbers, said if the goal is to reduce the rate of infection, “you would prioritize essential workers.” But “if your goal is to maximize the preservation of human life with a vaccine, then you would bias the vaccine toward older Americans,” he said Sunday on CBS’s “Face the Nation.”