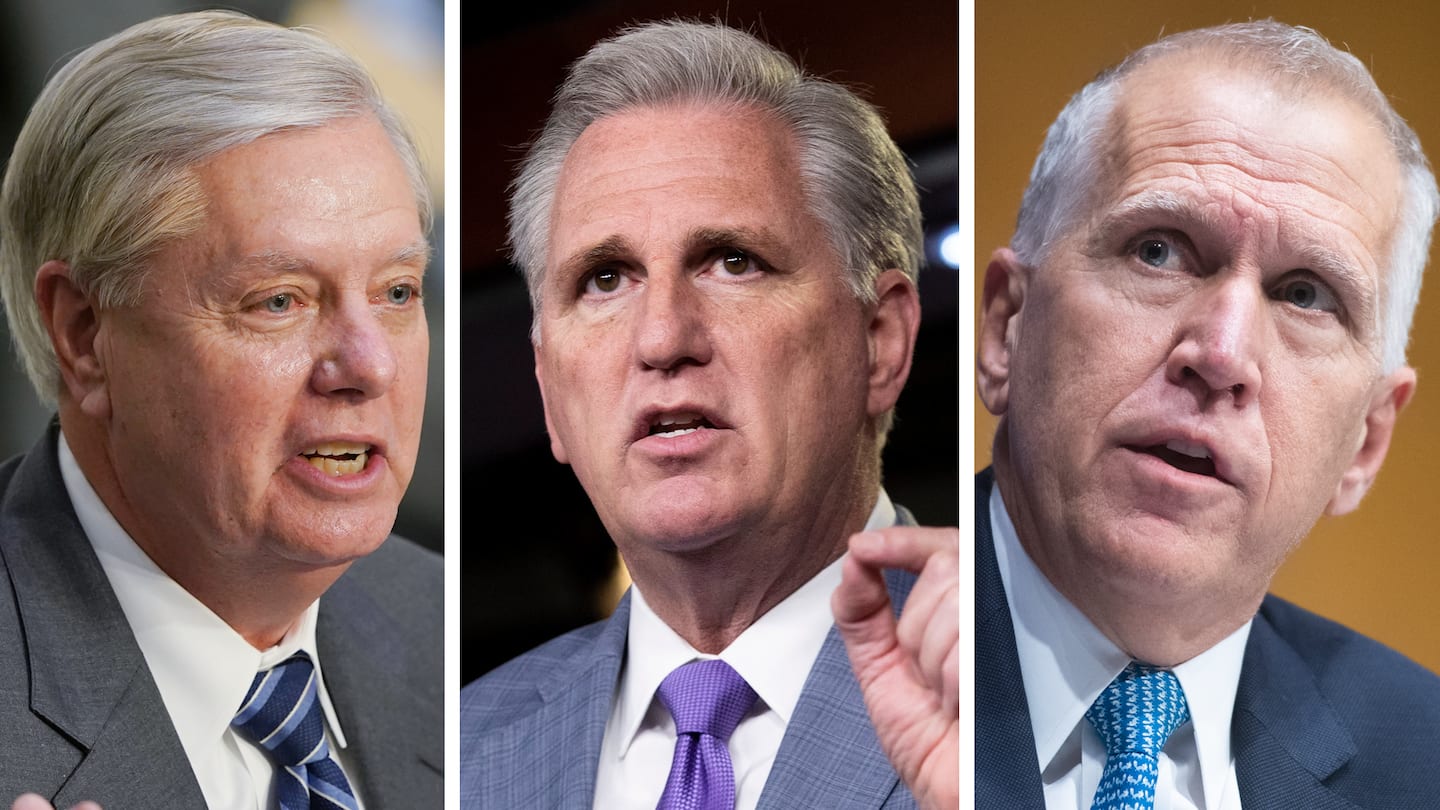 “Let me be very clear to you: It will be peaceful,” House Minority Leader Kevin McCarthy (R-Calif.) said.

“I think that the president will accept the result, but you’ve got to make sure that it’s fair,” Sen. Thom Tillis (R-N.C.) said.

That so many elected Republicans still refuse to accept the election’s outcome is perhaps not surprising, given how many Trump supporters falsely think that Biden did not legitimately win the election.

McConnell and Tillis eventually acknowledged Biden’s win, weeks after the election was called.

But they’re still in the minority. On Nov. 4, the day after the election, McCarthy told reporters that he would accept the election results once they were certified by the states that were still counting votes. The last of six key swing states certified Biden’s win on Nov. 30.

McCarthy has yet to accept those results. He is among more than 200 congressional Republicans who have yet to publicly acknowledge Biden’s victory, even after the electoral college sealed Biden’s win in its Dec. 14 meeting. Instead, nearly two-thirds of them signed onto a lawsuit asking the Supreme Court essentially to overturn Biden’s win. (The Supreme Court said no.)

Congress has one official role in all of this next week. On Jan. 6 lawmakers will count the electoral college results and confirm Biden’s win. More than a dozen House Republicans at least one Republican senator will challenge the results submitted by several states that Trump lost. They are being egged on by Trump, who has tried at every turn of the process to overturn his loss. He has even asked advisers about declaring martial law to overturn the results. (He can’t.)

It’s all a far cry from late September, when Republican lawmakers assured a worried nation that the president (and by extension they) would accept the election results, regardless of the outcome.