The need to reckon with Trump’s lies 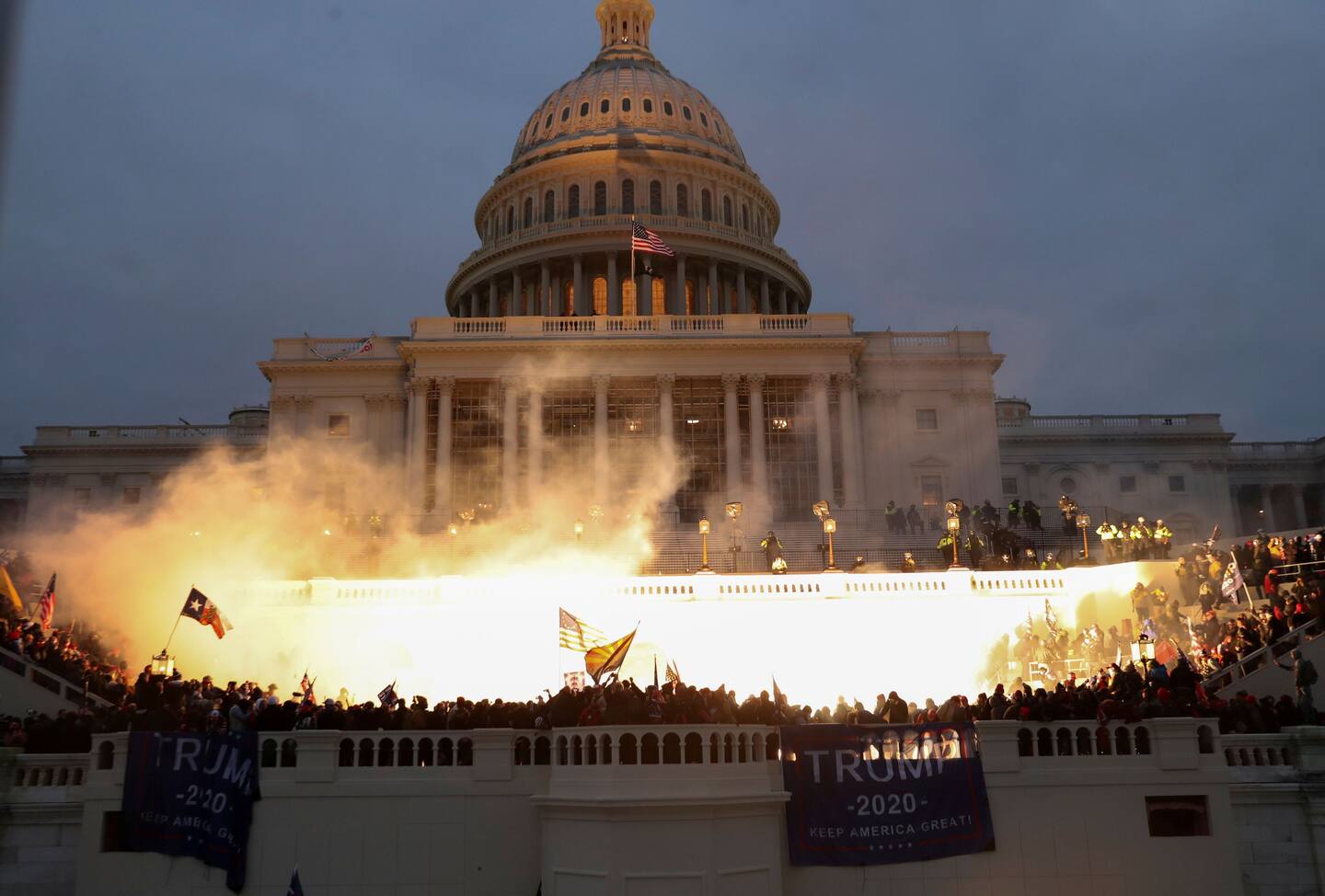 Lies — a mendacity both calculated and weaponized — were always at the heart of the Trump presidency. His political career was launched with a lie about the place of former president Barack Obama’s birth, intended to delegitimize the country’s first Black president. And it may now be drawing to an end with an evidently dangerous set of lies about the election he lost and the capacity of his hardcore supporters to overturn the result.

Washington is still floundering in the aftermath of the failed but deadly attack Wednesday that saw a mob of Trump supporters attempt to storm the Capitol and stop lawmakers from certifying President-elect Joe Biden’s victory. It’s obvious that Trump played a role in stirring up the acts of insurrection, arguably along with a coterie of prominent Republican officials who pandered to the mob’s misguided rage.

“Like many other populist leaders — including Hungary’s Viktor Orban, India’s Narendra Modi, the Philippines’s Rodrigo Duterte, and Venezuela’s Nicolás Maduro — Trump has an us-versus-them mentality,” wrote Harvard University political scientist Pippa Norris. “As he sees it, when defending ‘us’ against the existential threat of ‘them,’ nearly everything is justified.”

“Our big lie is typically American, wrapped in our odd electoral system, depending upon our particular traditions of racism,” wrote Timothy Snyder, a historian at Yale University. “Yet our big lie is also structurally fascist, with its extreme mendacity, its conspiratorial thinking, its reversal of perpetrators and victims and its implication that the world is divided into us and them. To keep it going for four years courts terrorism and assassination.”

It’s no surprise that the kindling Trump helped pile onto the American political landscape took spark. “What makes such movements turn violent,” my colleagues wrote in a piece that linked the radicalization of those who stormed the Capitol to that of violent extremist movements around the world, “is the additional belief that some other entity — usually based on race, religion, or nationality — is to blame for perceived humiliation.”

“Trump played on and amplified these messages,” Cindy Storer, a former CIA counterterrorism analyst, explained to my colleagues.

The thorny question is what consequences the president should face. Some House Democrats are preparing for an unprecedented second round of impeachment proceedings for the president. “Absent a resignation or a move by Vice President Pence to lead the invoking of the 25th Amendment, for which Pence shows no stomach, impeachment proceedings could be on a fast-track,” wrote my colleague Dan Balz. “In just a few days, the idea of impeachment has gone from preliminary conversations to the prospect of possible floor action early next week, if Trump has not resigned.”

It’s doubtful, though, that such a maneuver would get any traction in the Senate before Trump’s term expires. And beyond Trump, there is an entire ecosystem of right-wing disinformation that proliferates. Polling last week before the attack on the Capitol found that significant numbers of Republicans doubted the results of the election. Polling in the aftermath showed that many Republicans — if not a majority — approved of the storming of the Capitol.

Tech companies whose social media platforms gave oxygen to years of Trumpist grievance and conspiracy theories have also started to take action. Trump’s Twitter feed — the giant, defining megaphone of his presidency — was suspended permanently last week. Google, Apple and Amazon all took steps to limit or disable the use of right-wing messaging app Parler on the grounds that its insufficient content moderation policies failed to stop people like the pro-Trump rioters from spreading hate and voicing plans for violence.

Critics on the left have been calling for such measures for months, but, for the American right, these moves are evidence of a supposed big-tech conspiracy against conservatives. Analysts suggest that feelings of martyrdom and persecution may fuel the next phase of Republican politics.

Yet even some senior Republicans say a more honest accounting of what brought the country to this moment needs to take place. “It all started with lies, and lies, and lies, and intolerance,” former California governor Arnold Schwarzenegger said in a video message, in which he spoke of his own upbringing in guilt-ridden Austria in the years after World War II. “So being from Europe, I’ve seen firsthand how things can spin out of control.”

In an op-ed for Politico, Thierry Breton, a top European Union official, pointed to the untenability of allowing private tech companies to be the gatekeepers of political speech. But the United States, given its First Amendment protections, isn’t on the verge of copying some of the stricter regulations around hate speech codified in many European countries.

“Last week’s insurrection marked the culminating point of years of hate speech, incitement to violence, disinformation and destabilization strategies that were allowed to spread without restraint over well-known social networks,” wrote Breton. “The unrest in Washington is proof that a powerful yet unregulated digital space — reminiscent of the Wild West — has a profound impact on the very foundations of our modern democracies.”

Denmark is sequencing all coronavirus samples and has an alarming view of the U.K. variant