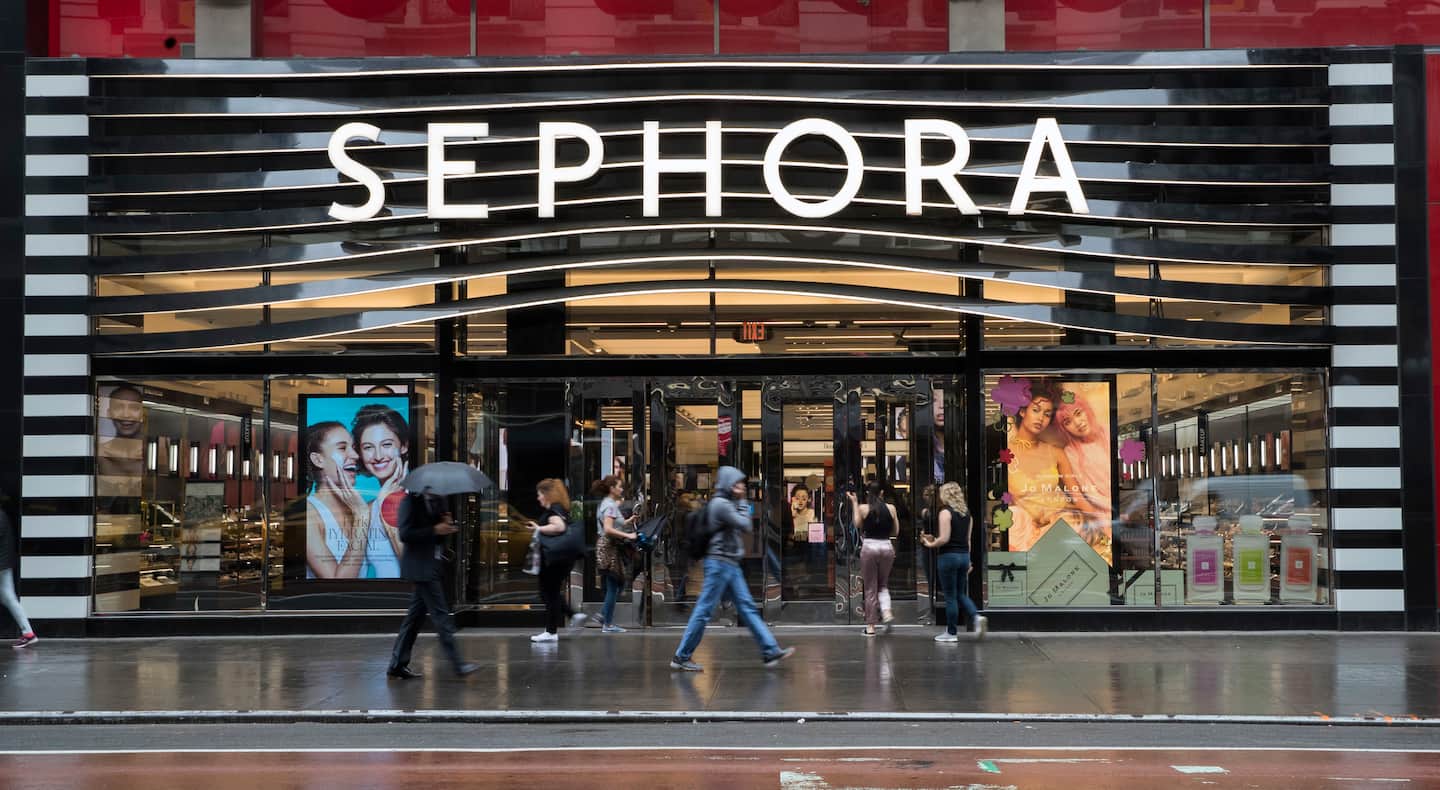 “We recognize that racial bias affects our stores, just as it affects all retailers,” Deborah Yeh, the company’s chief marketing officer, said in an interview. “Discrimination and unfair treatment are woven into institutions across America, and retail is not excepted.”

Among the changes, Sephora is pledging to double its assortment of Black-owned brands, to 16, by the end of the year and create programs to help entrepreneurs of color. It also will enact new customer-greeting protocols so all shoppers are treated consistently, as well as reduce the presence of third-party security guards and police officers in its 500 U.S. stores.

Racism in retail, academics say, has become a persistent problem in an industry that relies heavily on personal interaction. More Black Americans — 24 percent — said they had been treated unfairly in a store within a 30-day period than at work, restaurants, bars, health-care settings or in police interactions, according to a Gallup poll conducted last summer.

“This has been a problem for many, many years because, let’s face it, individuals bring their own biases to work,” said Jerome Williams, a business professor at Rutgers University and author of “Race and Retail: Consumption Across the Color Line.” “To make progress, there are two areas that are critical: employee training and a strong commitment by upper management to treat all customers fairly, without making assumptions.”

Sephora’s plan, retail and crisis management experts said, provides a comprehensive — and necessary — road map for the industry: Black shoppers typically spend more on skin care, fragrances and hair care than their White counterparts, amounting to more than $1 billion each year, according to Nielsen.

Rihanna’s Fenty Beauty line, for example, has brought in hundreds of millions of dollars and waves of Black shoppers since it debuted at Sephora in 2017. The brand known for inclusivity and makeup that fits a broad range of skin tones generated an estimated $570 million in revenue in 2018, according to Forbes, which values the company at $3 billion. Fenty Beauty is co-owned by Sephora’s parent company, the luxury conglomerate LVMH Moët Hennessy Louis Vuitton.

Sephora surveyed about 3,000 shoppers and 1,700 employees at its stores and others across the country. Among its findings were that Black shoppers routinely felt sized up and discriminated against for their skin color and ethnicity. Some reported being subject to additional surveillance while browsing or being told they “could not afford an expensive item.” Shoppers of color also felt they had to wait longer than their White counterparts to get help from employees.

Some Black and other shoppers of color told researchers they’ve changed their habits as a result, including by buying online, avoiding in-store samples, keeping their hands out of their pockets while browsing and carrying designer handbags to “avoid assumptions they can’t afford to shop there or will steal.”

As a result, the company has created new employee training programs to ensure all shoppers are greeted promptly and consistently. The company is enacting a zero-tolerance policy — meaning immediate termination — for profiling, discrimination, harassment and retaliation by employees. Annual performance reviews will include new inclusivity-based metrics, and the company is phasing out third-party security guards in favor of in-house employees who have been trained in the company’s new policies.

“The goal is to provide more consistent experiences for all shoppers and to minimize concerns regarding store policing,” said George-Axelle Broussillon Matschinga, the company’s vice president of diversity and inclusion.

The efforts come two years after Solána Imani Rowe, the rapper known as SZA, tweeted about an employee at a Sephora store in California who called security to make sure the performer wasn’t stealing. Jones, a former cast member and writer on “Saturday Night Live,” later tweeted about an incident in which she said her makeup artist had been mistreated by store employees. “NO MORE SEPHORA,” she wrote.

Executives said those incidents reinforced the need for more inclusive protocols. They closed U.S. stores and had employees undergo an hour-long training session on diversity and inclusion. The company took similar action last summer, following Floyd’s killing. It also pledged to devote at least 15 percent of its shelf space to Black-owned brands, although executives did not say how soon they would do so. (The retail currently carries eight Black-owned brands, which is less than 3 percent of its portfolio of about 290 brands.)

In the coming months, though, executives say they plan to take more deliberate action to make shoppers of color feel welcome in their stores. Sephora is rethinking its advertising and social media marketing to include people of more diverse backgrounds, ages, ethnicities and identities. Products by Black-owned brands will be featured prominently in stores and online, in contrast to chains that typically keep such items in separate aisles or locked away.

Sephora is also changing the way it solicits feedback so that it can track the experience of all shoppers, not just those who make a purchase. The majority of shoppers do not report negative experiences, Yeh said, making it difficult for retailers to track instances of discrimination. Instead of post-checkout surveys on store receipts and by email, the company is positioning employees at store exits to ask consumers about their experience as they leave the store. It hopes to eventually combine those results with shopper feedback from call centers and social media.

The retailer also plans to share statistics on employee diversity twice a year on Sephora.com.

“Retail is an industry that is obsessed with data, and this is a case where obsession with data could be good for everybody,” Yeh said, adding that the company is sharing its findings broadly because it hopes to encourage others in the industry to take similar action. “[Our study] may not paint the most favorable picture of the retail industry, but we are being open because one retailer cannot fix this problem. We want our colleagues and partners to join us.”

The Trump economy left Black Americans behind. Here’s how they want Biden to narrow the gaps.

Home workouts are getting expensive, as apps embrace pricey subscriptions

When free speech clashes with keeping your job

The pandemic has been an economic disaster for women. Some took advantage of it.