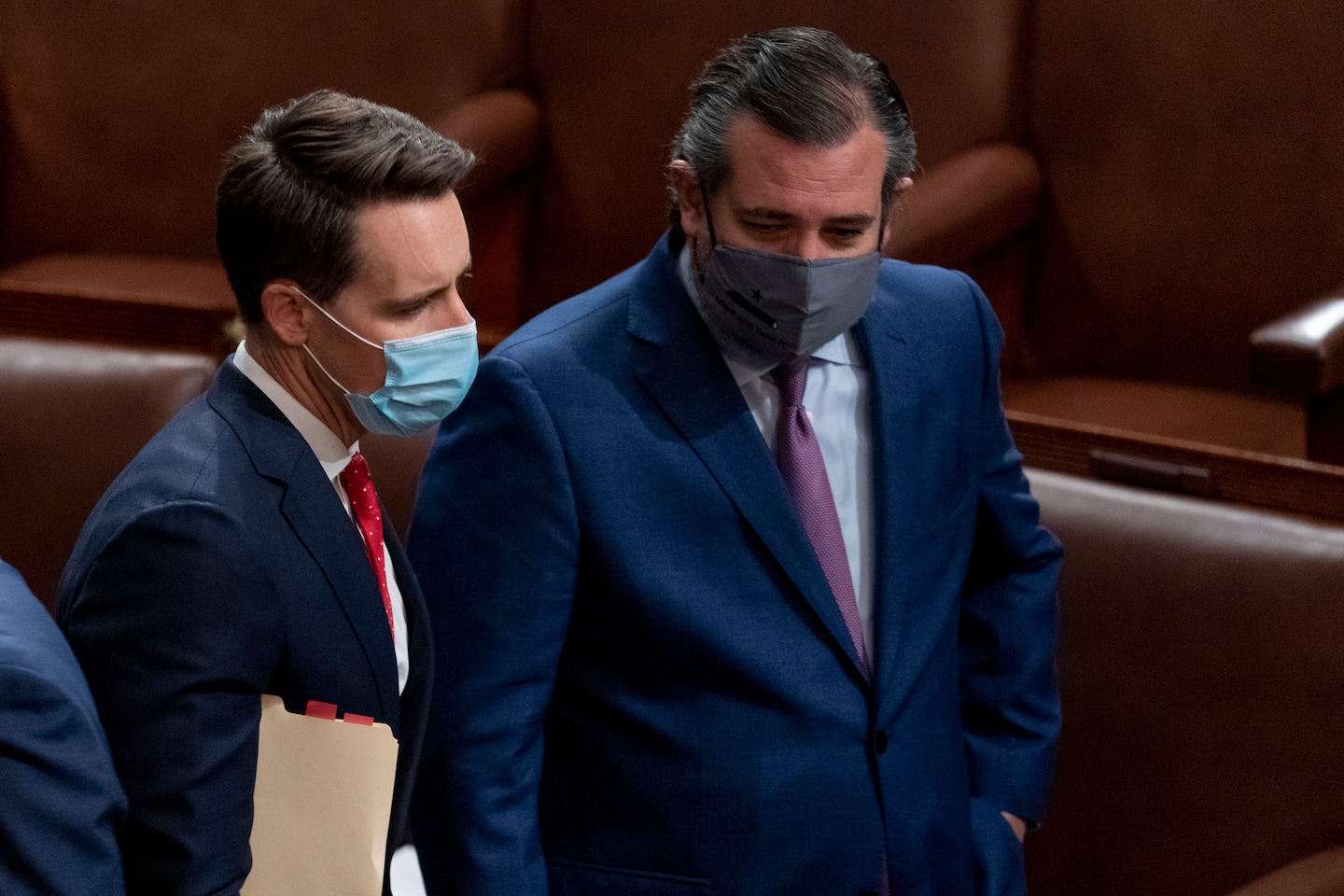 Objecting to the electoral college vote counting is not new. Democratic members of the House did the same thing in 2005, 2011 and 2017. The latter two objections did not lead to a congressional debate because they were not joined by a senator. Still, in 2005, House Democratic objectors did force a debate on Ohio’s electoral college votes, thanks to an objection from Sen. Barbara Boxer (D-Calif.). Ohio’s votes provided the margin by which President George W. Bush defeated John F. Kerry that year. Had the objectors won, Congress would have overturned the election — what is now called an assault on democracy — just as much as if the Republican objectors had prevailed last week.

If this alone merits expulsion or censure, then every one of the 31 House Democrats who backed the objection and are still in Congress should also face the music. That would include House Majority Whip Rep. James E. Clyburn (S.C.), the third-highest ranking House Democrat, and Sen. Edward J. Markey (Mass.). One might also question the motives of the 132 House members, most of whom were Democrats, who chose not to vote rather than affirm Ohio’s results. These members include House Majority Leader Steny H. Hoyer (Md.). Clearly, no one will censure members for doing what was legally within their power to do, no matter how distasteful it appears. And if censure for objection is wrong, clearly so is expulsion.

The real issue is whether continuing with such an objection after the riot changes the equation. Again, the answer is no. That’s because voting to sustain the objection is not an endorsement of the riot or a violent overthrow of the U.S. government. One can (wrongly) believe the election was stolen while also believing that democratic remedies are the only appropriate solution. Neither of those beliefs warrants expulsion or censure.

Even members who supported the march in word or deed before it devolved into a riot should not face the consequences. The march may have been distasteful to many, but so long as it was peaceful, it was perfectly acceptable for Republicans to support it. If doing so weren’t acceptable, then any member who helps to organize a mass rally that is disliked by a super majority of Congress could be at risk of expulsion or censure. We cannot have a democracy where minorities are subject to sanction when they legally protest against an existing majority.

This calculus changes if it can be proven that a Republican supported the march with the intent that it turn violent. In that case, the member would not be acting within the bounds of acceptable democratic behavior. He or she would have acted with the intent to cause an insurrection. Those who attempt to overthrow the government through insurrection or violence no longer should be permitted to operate within a democratic body. Their acts, even if they did not come to fruition, would show they cannot loyally discharge their oaths of office and thus cannot sit in Congress.

One may doubt whether it would be even constitutional to expel someone in the absence of clear felonious behavior or treasonable acts. In 1967, the House refused to seat Adam Clayton Powell Jr., a Democrat from New York, for what it held was misuse of public funds. But Powell challenged his this action in court, which threw out Powell’s exclusion and held that Congress was required to seat anyone who met the qualifications set out in Article I of the Constitution. The case does not consider whether expulsions are governed by the same standard, but the 200-plus year history of congressional expulsions clearly shows that only specific and overt acts of felonious behavior or rejection of the authority of the United States can justify expulsion.

Objecting to the legitimacy of the electoral college votes was wrong, both last week and in 2005. Objecting to them last week after the riot was politically tone-deaf and absurd. The remedy for such reckless behavior, however, properly rests with the voters, not Congress.