The Nets got better with the James Harden trade. How much better is up to Kyrie Irving. 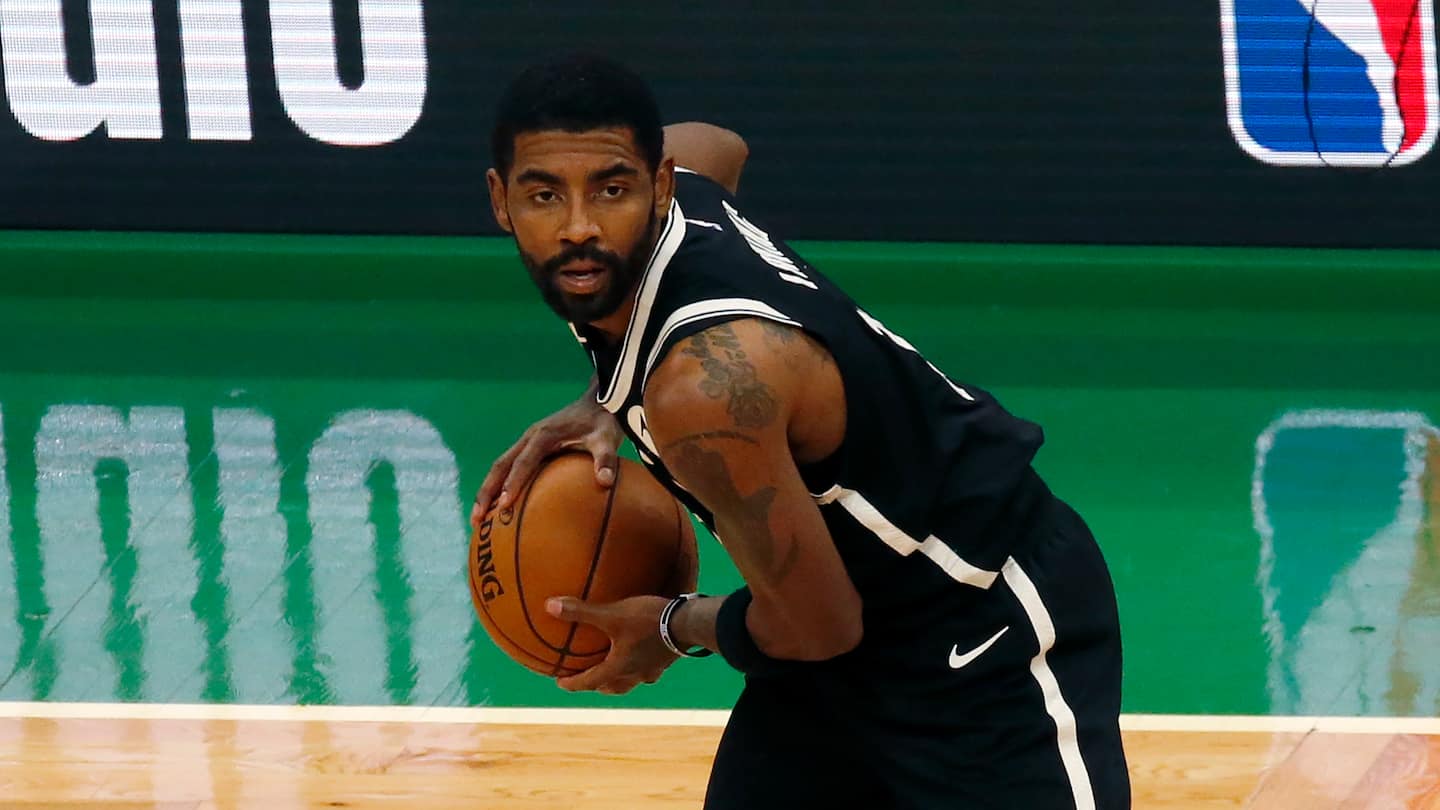 As a riveting and highly combustible experiment begins, the Nets have an obvious problem that limits the potential of this trio: Irving, now their third-best player, is the star who requires the most maintenance. He’s more needy than Durant, the big dog with a laid-back manner. He’s more needy than Harden, who was coddled for more than eight years in Houston before forcing Wednesday’s the four-team blockbuster trade. And if Irving doesn’t get his way — or if he’s just bored — he is liable to do a number of destructive things, including not come back from his current, mysterious leave of absence.

All three stars, despite being so gifted and coveted, have major points to prove. Harden, who became the Round Mound of H-Town during his unmotivated final weeks with the Rockets, must return to proper physical condition. Durant is back and flourishing after recovering from Achilles surgery, but durability is his focus. Harden and Durant are former MVPs who played together in Oklahoma City during their NBA adolescence. At least there’s a script, though old and dusty, that they can revise, and they can make those edits knowing that they once advanced to the NBA Finals as part of a fledgling trio that included Russell Westbrook. But Irving is the wildest of the Nets’ wild cards, and he has a dubious history of accepting a limited role.

He couldn’t stand to be LeBron James’s little brother in Cleveland, even though playing with the pass-first legend was the perfect No. 2 job for him. After forcing a trade to Boston, Irving couldn’t handle being the alpha on a talented young Celtics squad. So he joined Brooklyn as a free agent in 2019 and convinced Durant to join him, and his short time with the Nets has been just as bizarre: Injuries limited him to 20 games last season, but he still “soured” on Kenny Atkinson before the coach was fired, according to Yahoo Sports. After the Nets hired Steve Nash, Irving talked about a strange coach-by-committee approach saying, “I don’t really see us having a head coach.”

Now, less than a month into Durant’s comeback season, Irving is away from the team for personal reasons, and the NBA is investigating a video that showed him at a birthday party without a mask.

The Nets hope this trade gives them a level of top-end talent that will overwhelm the Eastern Conference. But their motivation in making this deal — and surrendering high-level young role players and a bushel of unprotected first-round draft picks — is also a hedge against damage the mercurial Irving could do. Any star tandem that includes Irving has the potential to turn into a lonely solo act, and that possibility had to weigh on Sean Marks, the Brooklyn general manager. Now, with Harden, the Nets have multiple pathways to contention. They’re not as reliant on Irving being dependable and engaged. As constructed, they still need Irving to be special, but Durant and a focused Harden is a potent combination on its own, even with a thin roster around them. It’s a more ideal pairing than the union that Durant and Irving pursued in the summer of 2019.

This is what Irving needs to understand: If he wants to win and chase championships in Brooklyn, he must be the one to adjust. Durant and Harden are perennial top-five players. They have made the all-NBA first team six times each. Irving hasn’t been a first-teamer. He made the second team in 2019 and the third team in 2015. He’s the flashier player. His 2016 NBA Finals heroics made him a champion, and his signature shoes have the best design concepts of the three, but he’s neither a comparable scorer nor physical specimen. On this team, Irving must serve as a complementary piece.

Judge any burgeoning superteam — defined here as a squad featuring three perennial all-stars who average at least 20 points per game — with this thought: How comfortable is that third star? It’s not just a question of whether he can tolerate a reduced offensive role. It also matters that his game has the flexibility to adapt and influence team success.

Klay Thompson, a catch-and-shoot master with defensive tenacity, was so perfect a star to blend with Durant and Steph Curry in Golden State that he managed to increase his scoring average and field goal attempts during Year 1 of that stellar scoring trio. Other stars, such as Chris Bosh in Miami and Ray Allen in Boston, sacrificed much more but still impacted winning in a major way.

Irving can’t view it as simply doing less. He must understand how to tone down certain aspects of his game — dominating the ball, probing the defense with overdribbling, shooting whenever he feels like it — and focus on other areas. He and Harden both need to compete on defense. Irving, who has made a career-best 42.6 percent of his three-pointers in seven games this season, needs to maintain that kind of offensive efficiency. He should ponder how deadly he could be as a secondary playmaker sharing the court with two stars who have won seven of the past 11 scoring titles.

No matter what they do, the Nets are going to be great offensively. They might even look spectacular if the three stars don’t fit. But if they want to unlock championship-level superpowers, Durant, Harden and Irving must become enamored with their potential to tilt the court constantly as the ball swings from star to star to star. If they play off each other, they will be unguardable.

And becoming unguardable is their key to a championship run. They don’t have the size, depth or the personnel to be great on defense right now. Their claim to greatness depends on building the league’s top offense.

It also depends on whether Irving is worth the trouble. He can help the Nets dominate with this novel concoction. Or he can hold them back and further his reputation as a basketball contrarian who refuses to commit to anything bigger than himself on the court.

The choice is his, for now. But with the Nets trading away their future for Harden, they’re running out of room for fickle stars.

Under NFL’s concussion protocols, decision on Patrick Mahomes’s playing status is out of Chiefs’ hands