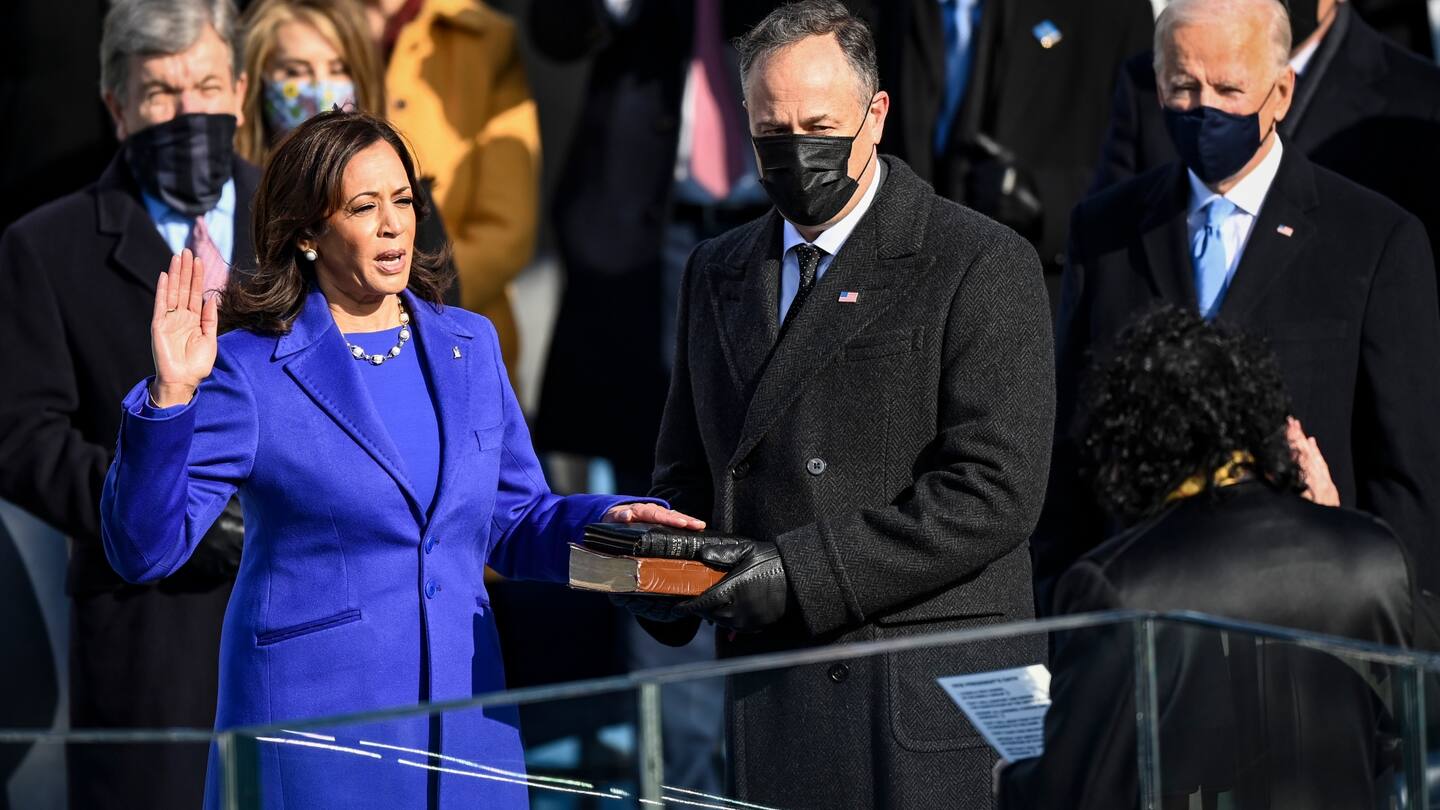 But Harris’s presence in the most powerful rooms in Washington will be significant for reasons beyond symbolism. She’ll be charged with helping lead major political — and cultural — changes in a country in which many citizens are looking to recover from an administration they believe set the nation back in terms of political and cultural advancement.

Donald Trump was elected president in 2016, in part, due to the cultural anxiety of his base about the demographic changes in America. The fact that the country was becoming more ethnically and religiously diverse and ideas about gender and sexuality were changing was of great concern to many of those who believed that the multiculturalism on display in the Obama administration was fundamentally un-American.

With the election of Harris, most American voters okayed a return to just that. And in doing so, they gave a powerful voice to many groups that have rarely had a seat at the tables of power in Washington. Harris — and her family — are arguably the epitome of the underrepresented: She is the Black and Asian daughter of immigrants, married to a Jewish man.

As a stepmother, she also makes blended and multicultural families more visible in American politics. Her election is a reminder that American families in 2020 often look quite different from those that have been depicted in the media and on the political stage, especially those often viewed as the ideal among adherents of the “Make America Great Again” worldview.

The return of governing expertise

The Trump administration was known for the number of officials it promoted who had little political experience, with former vice president Mike Pence — who had been a governor and member of Congress — being an exception. This appeared to be in sync with a popular view among conservatives: Success in business or other sectors transfers smoothly to pulling the levers of power in Washington.

In contrast, Biden has drawn up his Cabinet from people steeped in government. Biden’s selection of Harris — a U.S. senator and former California attorney general who Biden has said could be ready to step in as president on Day 1 — embodies that approach.

“Joe Biden is taking office under the most challenging circumstances in a century,” Dan Pfeiffer, a former Obama White House senior adviser, told the Associated Press. “There is no time for on-the-job training. He needs people who can hit the ground running, because what happens in the first six months of his presidency will likely determine the trajectory of all four years.”

Harris will play a key role in helping lead the Biden administration in guiding the country out of a pandemic and past the economic blows suffered by many Americans. The individuals filling out her team come to Washington with significant experience.

But it is her experience on Capitol Hill, where she will have the deciding vote in Senate ties, where her experience and skills may come most into play.

Harris’s profile rose during her time in the Senate as she prosecuted what she saw as the Trump administration’s shortcomings. She memorably grilled Trump nominees — the most prominent arguably being William P. Barr for attorney general — in confirmation hearings.

Niambi Carter, a political science professor at Howard University, has written about Harris’s recent work in the Senate — and how that will shape her time in the White House.

“The American people have already gotten a glimpse of her in action in Senate hearings and on the campaign trail where her performances were instantly meme-able,” Carter wrote. “She became a sensation, and if her past performance is any indication, she will not be content to simply be the president’s cheerleader. It is expected that Harris will be Biden’s partner in all things.”

A tougher era for Democratic unity

Before entering the Senate — where Harris had among the most liberal voting record — her politics placed her in line with the more moderate wing of the Democratic Party. After coming to Washington, she emerged as a lawmaker who often speaks and understands the language of the party’s base and is popular with some of the most influential left-leaning demographic groups, including Black women and millennials.

That will be helpful, and needed, as this administration seeks to move forward with a unified party committed to undoing some of the least popular aspects of the previous administration.

Harris’s experience in lawmaking and familiarity with some activists — including those who were widely critical of her — could be useful in finding a middle ground in a party that often found itself consumed with infighting during the primary.

Brittany Packnett Cunningham, an activist who worked with the Obama administration on addressing police violence, tweeted about how to live with the tension.

“We can remain focused on the work ahead while honoring a historic moment and celebrating the immense fortitude it took from so many to get here,” she wrote. “We contain multitudes. The struggle continues, and joy is good fuel.”

Issues including police reform, an economic downturn, expanding health care, LGBTQ rights and other topics that were frequently debated among Americans left of center during the primary are likely to occupy her portfolio — and will require stakeholders from multiple wings of the Democratic Party to weigh in. Harris is positioned to tap into her relationships in the Senate and the House, as well as the nonprofit groups that helped secure her and Biden’s win in key states, to bring the increasingly diverse party together.