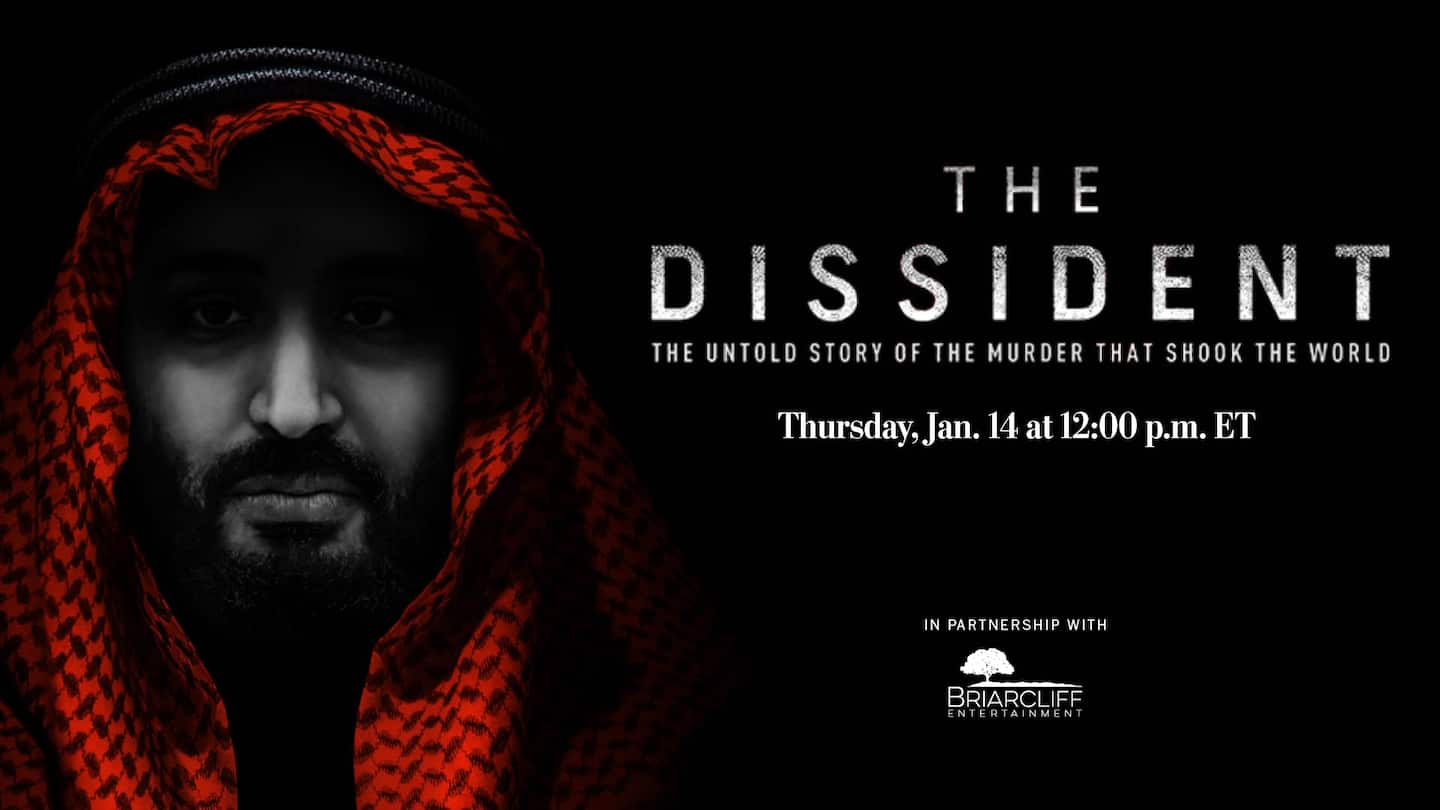 A similar dynamic has also appeared to unfold on the movie site IMDb, which has seen 1,175 one-star reviews flood the site since Saturday. In the previous month, the movie rarely collected more than a few dozen such scores in a given day; many more users gave it the highest rating.

“The Saudis have been proving the thesis of the film — they do in fact have an army,” said Thor Halvorssen, the founder and chief executive of the nonprofit Human Rights Foundation, which funded the movie. He said the surge of poor ratings for a film that was generally well-liked by both audiences and critics is what struck him as highly suspicious.

The trolling effort, Halvorssen says, could threaten the public standing of “The Dissident” — and the likelihood that Americans would watch it. Review sites are critical for “The Dissident,” which without a massive marketing budget relies heavily on word-of-mouth buzz.

Fogel, the Oscar-winning director of “Icarus,” offers in “The Dissident” a searing criticism of the government of Crown Prince Mohammed bin Salman against the backdrop of the killing of Washington Post columnist Jamal Khashoggi, painting a portrait of a regime that will go to violent lengths to silence its critics. It also documents “the flies,” scores of people working on behalf of Mohammed to keep positive topics about him trending and bad news out of the social media sightline, in the process creating a culture lacking opposition voices.

“The Dissident” had been receiving warm reviews from both professional critics and citizen filmgoers on Rotten Tomatoes since it was released in theaters last month and then made available on-demand on Jan. 8, before the suspected Saudi campaign began last week.

After being contacted by The Washington Post this week, a Rotten Tomatoes spokesman, Tiyson Reynolds, acknowledged that manipulation of the site was suspected.

“Based on recent analysis, it appears that there have been deliberate attempts to manipulate the movie’s audience score,” Reynolds said. He said the company “will be removing manipulative ratings from the system and may continue to do so as they are discovered.” As of Wednesday afternoon, the audience score remained at 68 percent, based on 2,387 reviews. It had not changed in at least two days.

Rotten Tomatoes uses an audience-scoring system in which consumers can rate movies between one and five stars. The site then assigns a “fresh” score if 60 percent of raters give a movie at least 3.5 stars. If they don’t, the film is designated as “rotten.”

While “The Dissident” has not yet descended to that lower status, a score below 70 percent often makes viewers write off a film as subpar. Even a tepidly received movie like “Wonder Woman 1984” currently has a Rotten Tomatoes audience rating of 74 percent.

IMDb, for its part, uses a one-to-10-star system. For much of the time since its release, “Dissident” had garnered high marks on the site, with more than 5,000 users out of 9,200 giving it nine or 10 stars, and just 700 users giving it one star. But beginning Saturday, at least 1,175 one-star reviews have poured in, and they now account for 20 percent of all audience reviews.

The movie’s overall audience score on IMDb has remained steadfast at around 8.2, probably because of algorithms that discount a raft of one-star reviews. (IMDb is owned by Amazon, whose chief executive, Jeff Bezos, owns The Post. Bezos is also featured in “The Dissident” as an alleged hacking victim of Mohammed.)

But the individual reviews associated with the scores have remained visible on the site. A one-star review on Tuesday under the heading “One side documentary,” posted by a user known as “mesh-41593,” noted that “the documentary was from one side only which is not giving everything of it. It seems like it is written from someone’s point of view which made it look like a one side story. The whole truth weren’t in the film. not recommended.”

Another, from “mesh-60618,” said in its one-star review Tuesday that “Documentary Films are always based on reality which I didn’t see in this one. I didn’t see anything about Khashoggi on this documentary. Even his family didn’t participate. I’m not gonna recommend it to anyone.” Khashoggi’s fiancee, Hatice Cengiz, is heavily featured in the movie.

An IMDb spokesperson did not return a request for comment.

It is not the first time the Saudi government has cast a shadow over the release of “The Dissident.” Though the film received rave reviews at the 2020 Sundance Film Festival last January, global streamers passed on acquiring it, possibly because they feared reprisals from Mohammed’s government. It is being released in the United States by an independent company, Briarcliff Entertainment.

Rotten Tomatoes has been caught in the crossfire of troll campaigns before. Two years ago, for example, the site was the apparent subject of a campaign by people unhappy with Disney’s approach to “Star Wars: The Last Jedi.” The move prompted Rotten Tomatoes — which is owned by Fandango, a subsidiary of Comcast — to bolster its review requirements, obligating those who rate it to verify they bought a ticket to the film. Reynolds said that ratings for “The Dissident” did not require proof of a theatrical ticket because the movie is also available on-demand.

Troll campaigns pose a challenge for movie review sites in the same way that extremist political voices can vex social media companies: The platforms are reluctant to appear like they are muzzling users, but also don’t want to become a hotbed of misleading speech.

Halvorssen says he believes review sites carry a responsibility to make sure only honest voices are heard. Without their active policing of trolls, he says, the Saudi government will achieve its alleged aim of suppressing the film.