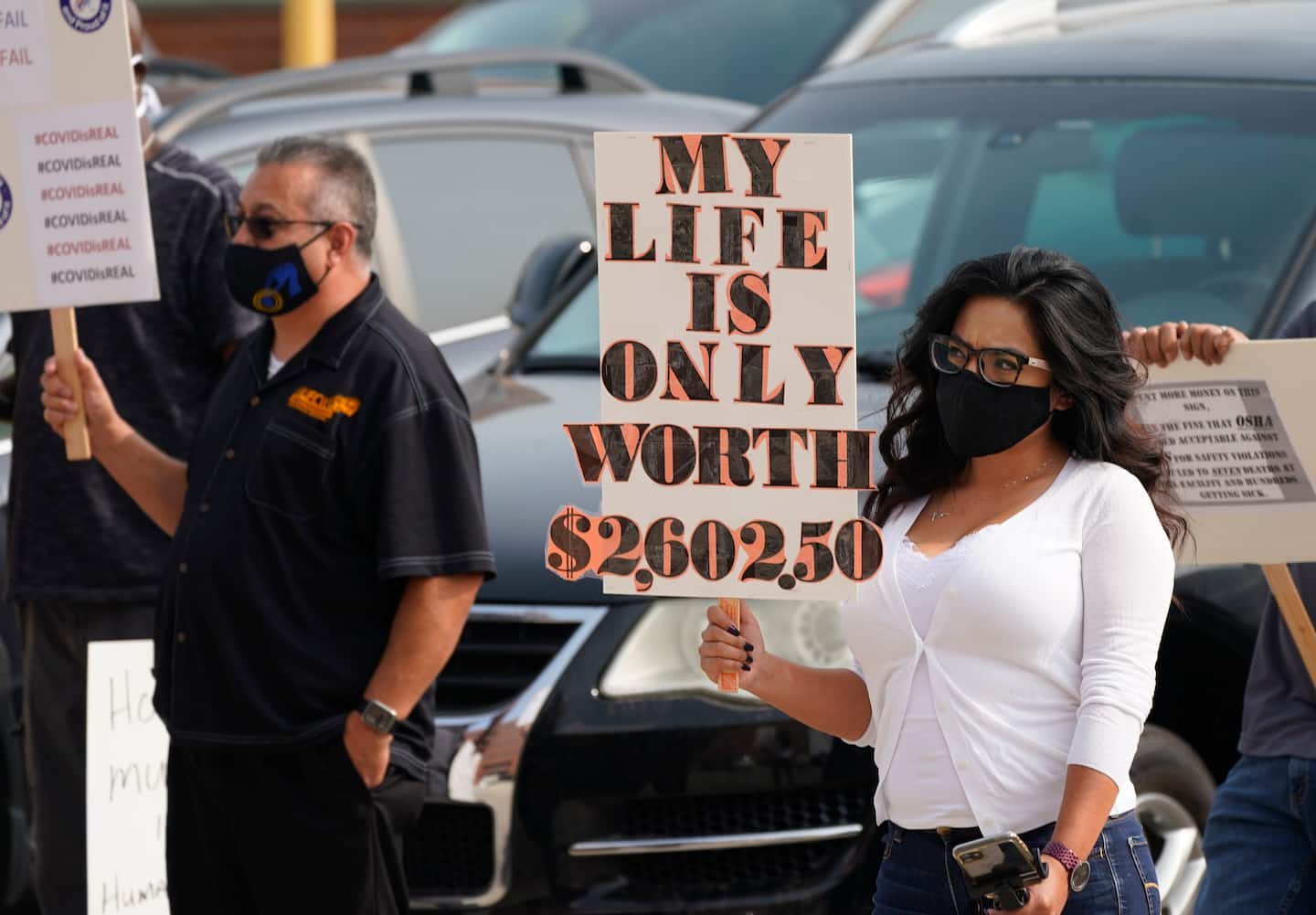 Worker advocates hailed the executive order, saying it was the first step in reorienting OSHA toward more stringent safety protections.

“It will precipitate a 180,” said Debbie Berkowitz, an OSHA official during the Obama years who has been pushing for the agency to more actively monitor workplaces for coronavirus-related safety issues during the pandemic.

Under President Donald Trump, OSHA’s relatively lax enforcement of workplace safety guidance during the pandemic was a constant source of frustration for unions and worker advocates, as workplaces proved to be a significant source of outbreaks.

The agency declined to issue an enforceable standard for workplaces, and instead issued guidance weakened by phrases including “if feasible” and “when possible.” OSHA was slow to issue penalties for violations under its existing statutes — and when it did, some of those penalties amounted to little more than a slap on the wrist.

JBS, a multibillion-dollar meatpacking company, was given a $15,600 fine in September after 290 workers tested positive for the virus and six died at a plant in Colorado, for example. Smithfield, another large meat processing company, was given a $13,500 fine after 1,294 workers at a plant in Sioux Falls, S.D., tested positive for the coronavirus and four died.

Labor law experts had expected the Biden administration to move forward with an emergency temporary standard for workplaces during the pandemic as part of its work combating the public health crisis, while using the executive branch to give workers more power. During his campaign, Biden called for worker protections ranging from a $15 minimum wage, more leeway to organize and collectively bargain, and the classification of gig workers as employees.