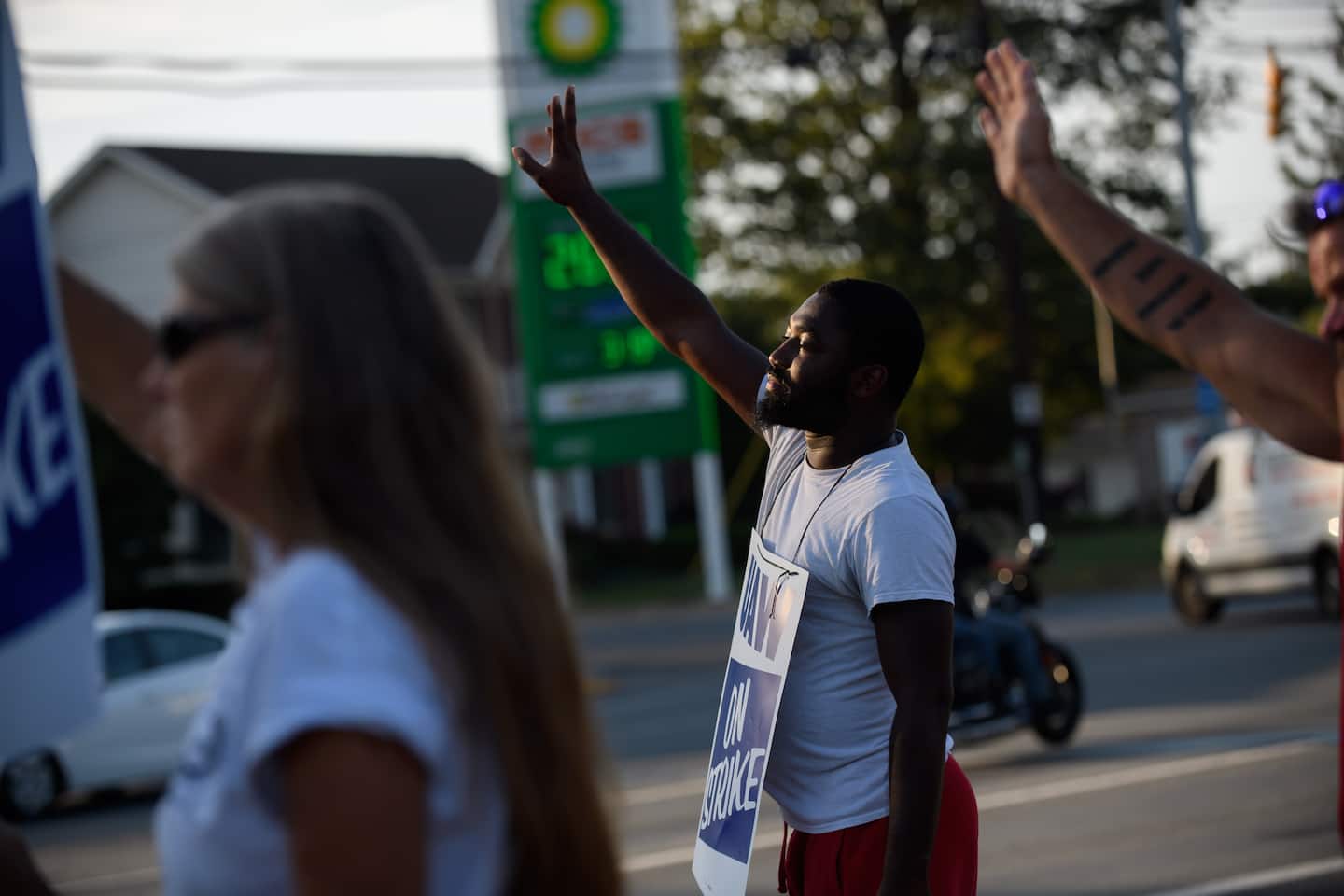 The increase was due in large part to nonunion workers losing jobs at a higher rate than unionized ones. The U.S. lost 9.6 million jobs in 2020, driven by the relentless battering the pandemic has dealt to the labor market.

And unions have faced challenges organizing during the pandemic, such as the tight labor market, which has given workers less leverage than they enjoyed a year ago; delays at the National Labor Relations Board, which certifies union elections; and the many hurdles of organizing staffs remotely.

But growing attention on the plight of workers in recent years has raised hopes among organizers that unions are on the verge of an upswing. Expectations are high for Biden’s presidency, after he campaigned on an aggressive slate of promises to help workers and strengthen the hand of unions.

More than half of that was due to state and local government unions — an encouraging sign in the wake of the Supreme Court’s decision in 2018′s Janus v. AFSCME case, in which the court’s conservative justices overturned precedent to rule that state laws mandating workers pay membership fees to unions that represent them were unconstitutional.

Labor advocates had warned the ruling could lead to more workers leaving unions. But the data released Friday indicates that it could have had the opposite effect — energizing unions to work harder to increase their membership.

“This was likely due in part to the effort by state & local [government] unions to increase membership in the wake of Janus,” Heidi Shierholz, the chief economist of the Labor Department under President Barack Obama, said on Twitter.

Economists like Shierholz said that data showed some of the benefits of union membership, as union members were less likely to lose their jobs than other workers. Some of this can be explained by the fact that the industries that have been hardest hit by the pandemic, such as tourism and bars and restaurants, have some of the lowest unionization rates.

But the data also showed that union workers were less likely to lose their jobs than nonunion workers in the same industry, Shierholz said. Wholesale and retail trade has been one of the hardest-hit sectors of the economy, shedding more than 700,000 positions this year, but it gained 46,000 union members, for example.

“One of the headlines from this is that union membership provides protections against the harshest layoffs at a time of economic crisis,” said Rebecca Givan, a professor of labor studies and employment relations at Rutgers University. “Union members are able to negotiate furloughs, retirement, work sharing and other mutually beneficial plans rather than being immediately laid off.”

Black workers continue to have the highest union rates by demographic, at 12.3 percent, compared with 10.7 percent for Whites. Private sector industries with the highest unionization rates include utilities, at 20.6 percent; transportation and warehousing, at 17 percent; and telecommunications, at 14.3 percent.

Biden has pledged a robust pro-labor presidency, and three days into his term he’s already taken what many advocates say are significant steps: calling for more safety precautions at workplaces open during the pandemic, pushing for more robust sick and paid leave protections for workers, and firing the Trump-installed leader of the NLRB, who was seen as a longtime foe of union organizing.

Amazon, Ikea and other big companies commit to zero-emission shipping by 2040