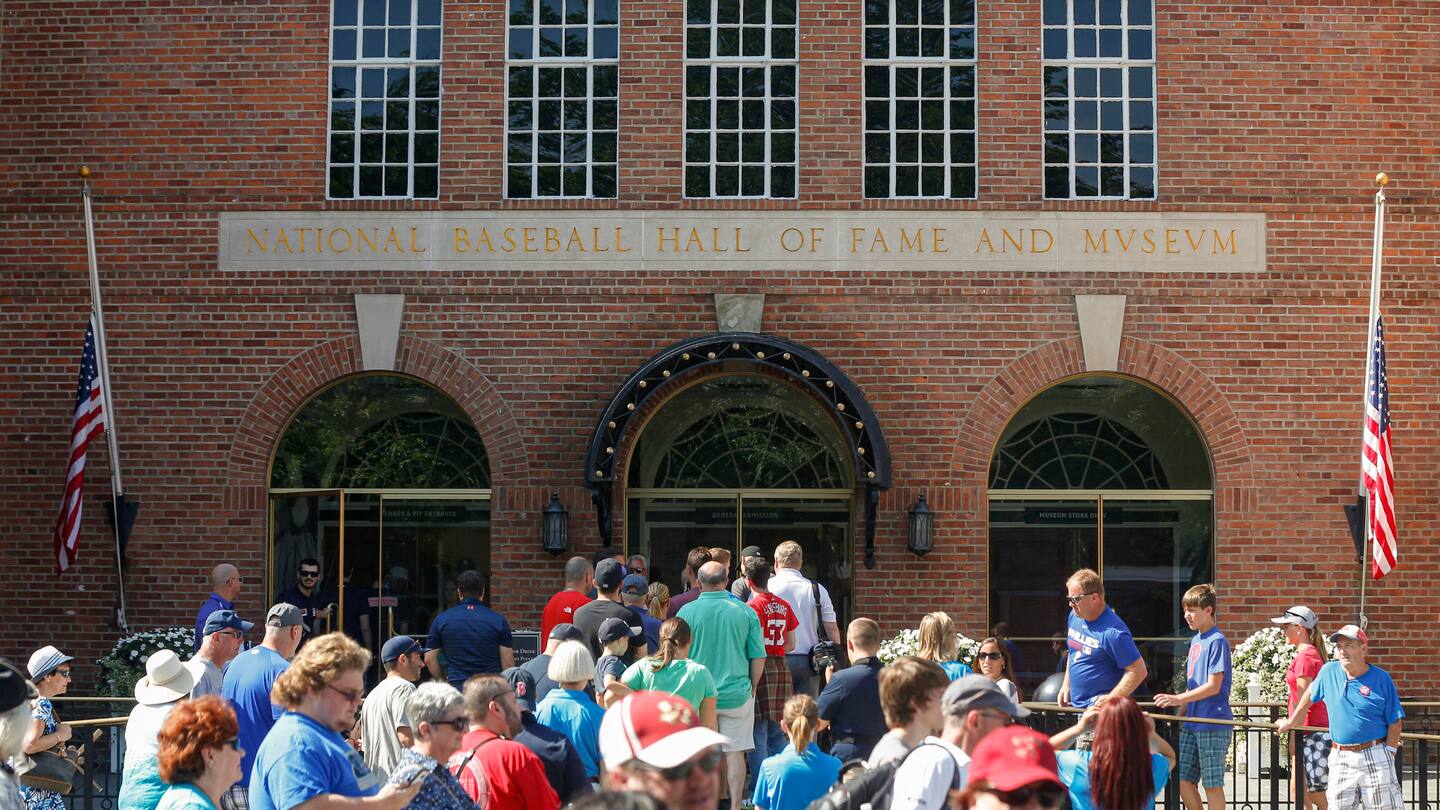 On a day when luminaries such as Barry Bonds, Roger Clemens and Curt Schilling found out they would have to wait at least another year to gain induction to the hall — each fell short, for the ninth year in a row, of the 75 percent vote threshold required for election — the sole winner, such as it was, was the so-called “character” clause in the voting instructions that, more than statistics, decided this year’s outcome.

Schilling, a two-time strikeout champion and six-time all-star over a 20-year career, seemed poised to make the cut after slowly building support over the years among the 10-year members of the Baseball Writers’ Association of America who make up the electorate. However, Schilling, a vociferous right-wing provocateur and Twitter antagonist, appears to have been penalized by some voters for his political views and intolerance.

Schilling was named on 285 of the 401 ballots cast — or 71.1 percent — leaving him 16 votes shy of enshrinement, slightly better than his 70 percent showing of a year ago. He has one more chance next year before falling off the writers’ ballot.

As for Bonds and Clemens — the premier hitter and pitcher of their generation, if not of all time — both have unassailable statistical cases, but both continue to fall short of election because of their association with performance-enhancing drugs. Bonds was chosen on 61.8 percent of ballots, Clemens on 61.6 percent — both slightly up from a year ago but still more than 50 votes shy of making the cut, with one last chance for both next year.

This year’s shutout brings to a halt an unprecedented expansion of the rolls of Cooperstown, with the writers electing 22 players between 2014 and 2020 — the most new entrants to the Hall of Fame in any seven-year span since the writers began voting in 1936 — including four each in 2015, 2018 and 2019.

But this summer’s induction, should Hall of Fame officials permit it to go forward, would still see four people enshrined: Derek Jeter and Larry Walker, who were elected by the writers in January 2020, and Ted Simmons and former union chief Marvin Miller, who were elected by the Modern Baseball Era Committee in December 2019. All were due to be inducted in July 2020 until the ceremony was canceled because of the coronavirus pandemic.

Fourteen voters, the most in the history of the writers’ vote, cast blank ballots this year — either as a protest or to indicate they felt none of the 25 candidates on the ballot was worthy.

The Hall of Fame, in its instructions to voters, asks them to make their choices based on not only players’ record and ability but also their “integrity, sportsmanship [and] character” — words many voters have cited in refusing to choose steroid-tainted sluggers since the first of them, Mark McGwire in 2007, began appearing on the ballot.

Schilling presented an altogether different calculus, with some voters acknowledging his career record — which includes 216 regular season wins, 3,116 strikeouts and a dazzling 11-2 record and 2.23 ERA in the postseason — was worthy of election but opting to leave him off their ballots because of his political views and social media behavior.

“Curt Schilling needs to know, or be reminded, there are consequences to what he says,” Mark Faller, sports editor of the Arizona Republic, wrote in a column last month explaining his “no” vote for Schilling. “ … If he ever deserved this honor, he lost it by his own words and actions. He does not deserve to be on that podium in July.”

Other voters have pointed out the hypocrisy of applying the character clause to Schilling, Bonds, Clemens and others when the rolls of Cooperstown already include various scoundrels, womanizers and racists — as well as, almost certainly, steroid users who did not get caught.

After years of steady gains among voters, Schilling’s candidacy appeared to reach a crucial benchmark a year ago, when he was named on 278 of 397 ballots cast — or 70 percent. In the history of the writers’ ballot, 20 of the 21 players who hit the 70 percent mark with additional years of eligibility eventually gained election. (The exception, Jim Bunning, would be voted in by the Veterans Committee.)

In a letter to the Hall of Fame that he shared on his Facebook page following the release of the vote totals Tuesday, Schilling defended his record, both as a pitcher and as a citizen, and accused the media of distorting his image for the public with “hit pieces” against him.

“My love of this country has always been worn on my sleeve,” he wrote. The writers who covered him as a player, he added, “KNOW what they are claiming is untrue yet they quote, re-quote and link to one another story after story that began as lies and grew into bigger ones.”

Schilling also wrote that he is “at peace” with the notion he will not get into Cooperstown via the writers’ ballot and asked that his name be withdrawn from next year’s ballot.

This year’s shutout could lend more ammunition to critics who say the writers are the wrong group to adjudicate debates over character and integrity, let alone decide whose career body of work was and wasn’t worthy of Cooperstown. Increasingly, those critics include many of the writers eligible to cast votes. (The Washington Post is among a handful of media outlets that do not permit their otherwise eligible employees to vote for the Hall of Fame.)

In recent years, a handful of prominent baseball writers, including Buster Olney and Jeff Passan of ESPN and Ken Rosenthal of the Athletic, have decided to stop voting for the Hall of Fame or said they were considering stopping — out of frustration, as Rosenthal wrote, with “the inconsistencies we cannot avoid, the false equivalencies we create [and] the rationalizations that require leaps in logic.”

The period of reflection regarding the candidacies of Bonds, Clemens and Schilling is nearly expired, with all three facing a 10th and final year on the ballot.

But for anyone wishing the character debate would simply go away, there is bad news: Among the players who will appear for the first time on next year’s ballot are David Ortiz and Alex Rodriguez, sluggers associated with steroids during their careers and whose candidacies all but ensure the character clause will be in play for at least another decade.