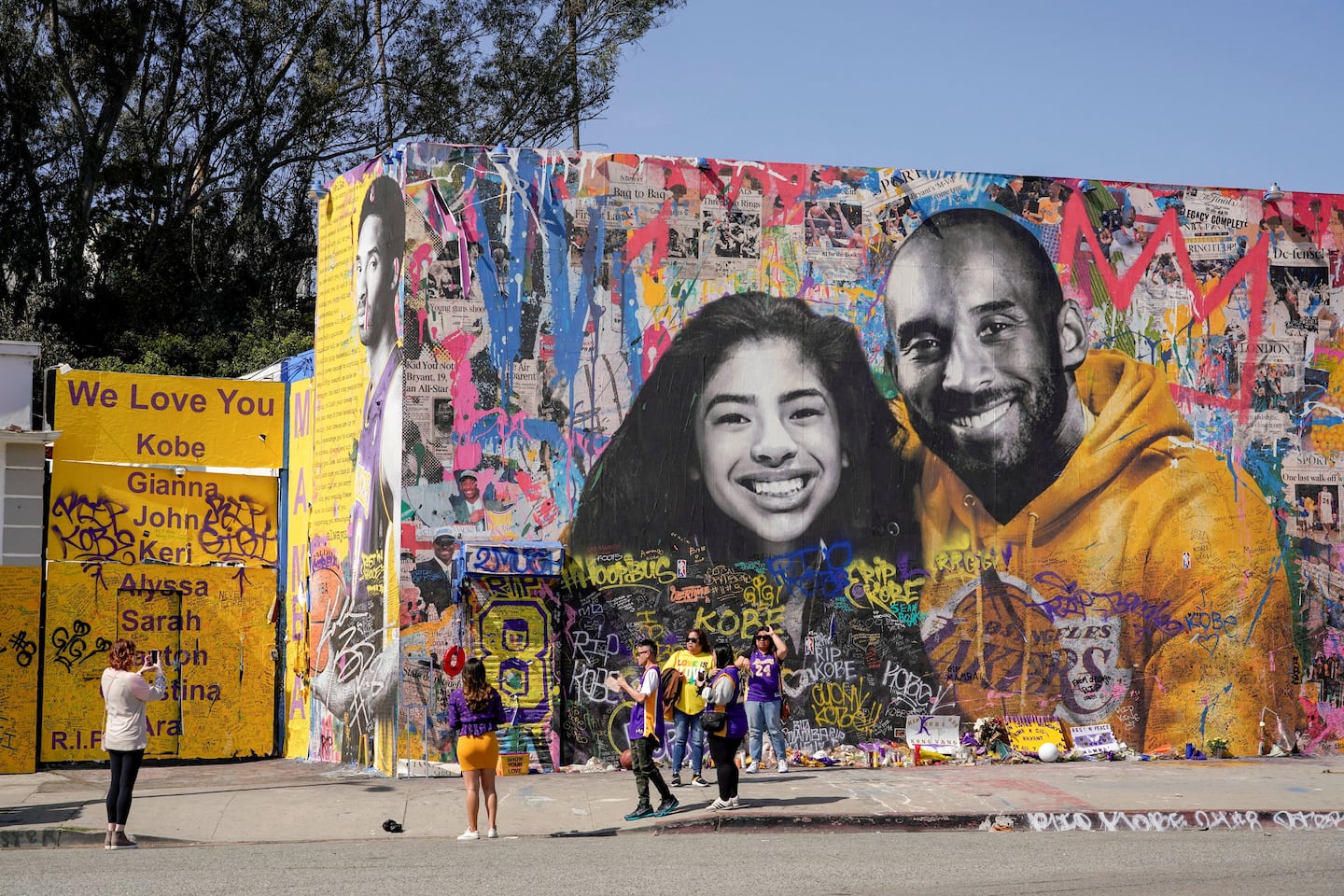 Here’s a look at some of the year’s events and how the anniversary is being marked.

A quick refresher on the crash

The chopper was carrying the group roughly 90 miles from John Wayne Airport to Camarillo Airport near Bryant’s Mamba Sports Academy, where Gianna and two of her teammates were to play in a basketball tournament.

The other victims were John and Keri Altobelli and their 14-year-old daughter, Alyssa; Sarah Chester and her 13-year-old daughter, Payton; Christina Mauser, an assistant coach on the girls’ team Bryant coached; and pilot Ara Zobayan.

Where does the investigation into the crash stand?

On Feb. 9, the National Transportation Safety Board is expected to release its final report on the probable cause of the crash of the Sikorsky S-76B chopper in Calabasas, Calif. In June, the NTSB announced Zobayan probably became disoriented in the fog. He told air traffic controllers that he was climbing out of heavy clouds when the helicopter actually was descending just before it crashed into a hillside. “Spatial disorientation” can occur when pilots cannot see the sky, horizon or landscape and become confused about an aircraft’s attitude and acceleration. The NTSB, which has released a 1,852-page report on evidence it has collected, found that the engines and rotors bore no evidence of mechanical failure.

As the investigation continues, a number of lawsuits have been filed in both state and federal courts.

In June, Vanessa Bryant urged Congress to pass legislation that would require helicopters certified to carry six or more people to be equipped with a terrain awareness and warning system, something that the helicopter carrying the Bryant party did not have, as well as a flight data recorder and a cockpit voice recorder.

“I believe there is a chance that Kobe and Gianna would still be alive today if their helicopter had been equipped with the safety equipment required by this pending federal legislation,” she said in a statement.

How will the Lakers mark the anniversary?

The Lakers will have a low-key observance of the date, with the team playing on the road early in the week. They played Monday in Cleveland on the eve of the anniversary and are set to play Wednesday in Philadelphia but will not wear the “Black Mamba” uniforms designed by Bryant in either game, ESPN reported. Nor will there be a formal tribute. Instead, Coach Frank Vogel will give players the day off. Since the crash, players have paid tribute by wearing his signature sneakers and breaking huddles with a “Mamba on three” shout “because we still want to recognize that he’s a part of our organization,” Anthony Davis said. “And ever since the tragedy happened, we had a mind-set that this is bigger than, you know, ourselves.”

With the Lakers in town, the Cavaliers offered a video tribute to Bryant and his daughter Monday night.

During their march to the title, the Lakers never lost sight of Bryant, wearing T-shirts, jersey patches and sneakers with handwritten tributes. Davis shouted out “Kobe!” when he beat the Nuggets with a game-winning basket, dubbed a “Mamba shot” by Vogel. They wore the Black Mamba jerseys in several playoff games.

Murals dot the streets of Los Angeles — and beyond

Fans have paid tribute to Bryant and his daughter since the crash, with hundreds appearing in and around Los Angeles. More than three dozen are within a mile of Staples Center, USA Today reported. “I’m still trying to grasp it,” said Jonas Never, a street artist in Los Angeles. “I’ve never seen an outpouring of public art of anyone in the history of the world.” Mike Asner’s kobemural.com website shows photos and locations for more than 400 murals.

What are Vanessa Bryant’s wishes for the day?

The Lakers appear to be taking their cue from Bryant’s widow, Vanessa, who said on Instagram, “Our year has been traumatic enough” in asking for members of the media to remember the lives of the victims rather than their deaths. “[L]ook at your footage through the eyes of their children, parents, spouse, siblings and family,” she wrote, in part. “Celebrate their lives, not the day they lost them. …

“Dear media, please be considerate when airing or posting remembrance footage. We ask that you do not air photos of the wreckage, helicopter in the air or accident scene. We do NOT want to see it. Our year has been traumatic enough. You have thousands of photos and videos yo can show besides footage of 1/26/20. We hope videos of remembrance are done in a classy and tasteful manner that is respectful of all our losses Thank you.”

How Vanessa Bryant and her daughters are healing

Over the year, Bryant has marked milestones both poignant and joyous in her life and the lives of her three daughters: baby Capri’s first birthday in June, the birthdays of Kobe and Gianna, the arrival of a baby girl (whose middle name is Gianna) to Bryant’s former teammate Pau Gasol and his wife, Halloween costumes, coping with the pandemic, year-end holidays and a ski trip.