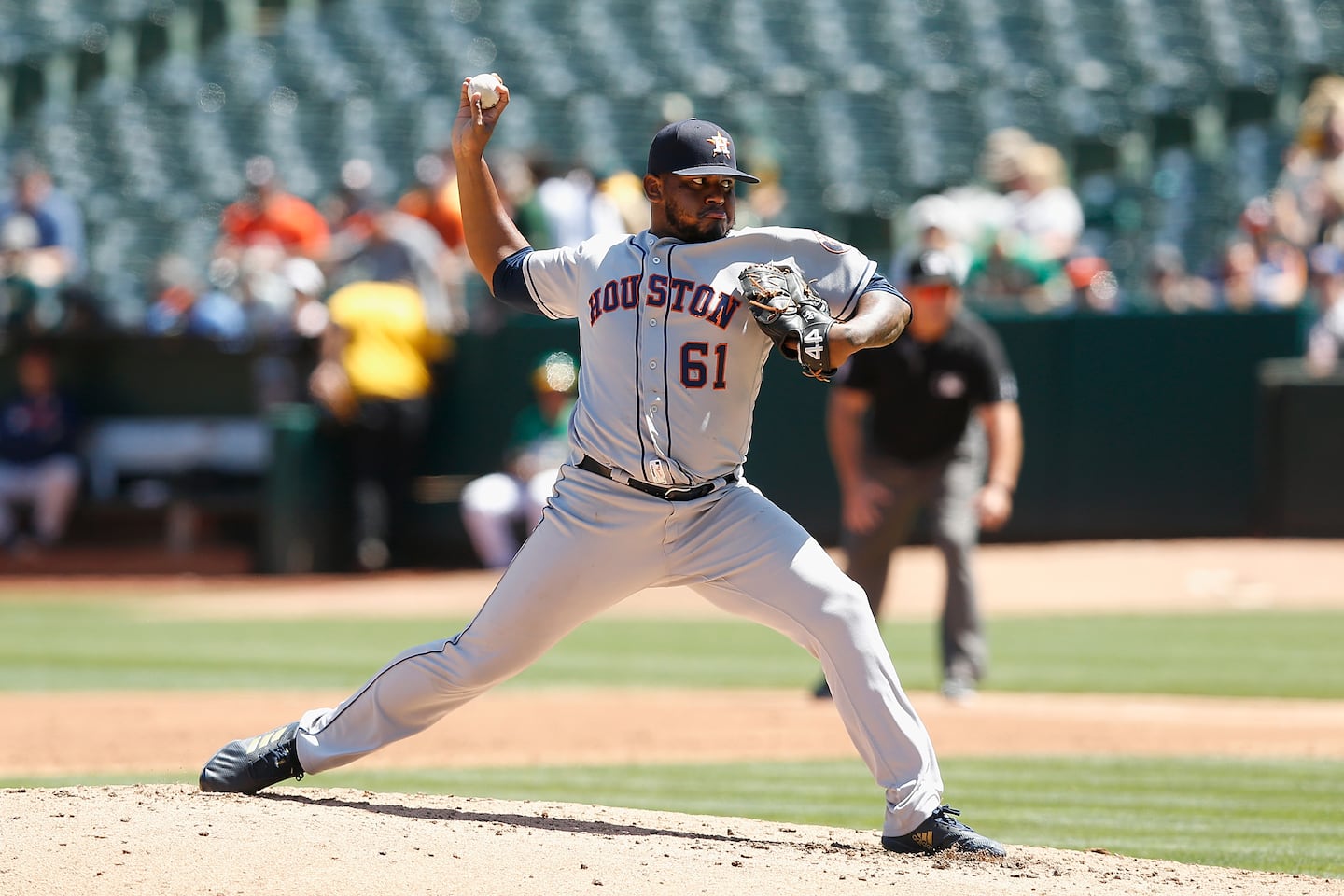 The “kid,” it turns out, is 26-year-old Rogelio Armenteros. Martinez avoided his name because he wasn’t quite sure how to say it. The Nationals plucked Armenteros off waivers from the Arizona Diamondbacks in early December. He is still relatively unknown to most in the organization. The basics are that he has just five major league appearances (all with the Houston Astros in 2019), missed the 2020 season while recovering from elbow surgery and throws a lot of change-ups.

But the data on Armenteros is a minuscule sample size. He has 333 pitches in the public record. Realistically, he is a long-shot fifth starter candidate who will swing between the majors and minors as needed. His remaining minor league option made him an attractive waiver add for the Nationals, who always say “you can never have too much pitching.” In this case, with this soft-throwing righty from Cuba, they are deepening the pool of guys who could start in a pinch.

An unofficial ranking of the 40-man roster starters puts Armenteros right outside the fringe:

This is important because, in 2019, the Nationals had different pitchers make at least eight starts. In 2018, 11 pitchers made two or more. Arms are fragile. It’s almost a guarantee that no team can get through a six-month schedule with its desired five-man rotation. There also are added complications, and a louder call for depth, coming off a pandemic-shortened season. And that’s all why Armenteros was a quietly smart add for the Nationals.

His remaining options allow them to send Armenteros up and down at their leisure. The above rankings don’t account for one of Ross, Fedde or Voth joining the bullpen as a long man. That doesn’t mean they couldn’t transition back to starting when necessary. But it does nudge Armenteros even closer to his next chance.

The Nationals’ depth was thinned by a couple of moves in the last sixth months. They turned Kyle McGowin, a former depth starter, into a slider-slinging reliever. They traded Wil Crowe, a depth starter in 2020, to the Pittsburgh Pirates in a deal that netted first baseman Josh Bell. From there, looking beyond Armenteros, they have Braymer, Romero, Fuentes and Adon in the mix.

Braymer is a 26-year-old lefty who impressed in a September outing against the Miami Marlins. Romero, a 24-year-old lefty, is a former first-round pick who debuted last summer to plug a hole in the bullpen. Fuentes and Adon were added to the 40-man roster this winter, protecting them from being selected in the Rule 5 Draft. Both are still a good distance from the show.

Armenteros has slightly more experience than everyone in that group. He beats Braymer in total appearances, five to three, and spent two springs in camp with the Astros. To get there, Armenteros excelled in the hitter-friendly Pacific Coast League. His Class AAA numbers were another selling point for the Nationals.

“He’s got four pitches. He’s got a really good change-up, he’s a strike thrower, throws in the mid 90s,” Martinez said of Armenteros, who made a handful of appearances in the Dominican Republic this winter. “We feel like he’s in that mix. The thing that I like about our spring training is that we have depth. Obviously, we’re going to have one fifth starter. The rest of these guys, we have some depth there. So it’s really good to go into a season knowing that if something does happen, we have somebody that can step in and fill the void.”

In those five appearances with Houston — two starts, three in relief — Armenteros’s fastball averaged 91 mph. But it could appear a bit faster to hitters because of how often he throws off-speed pitches.

His 333 major league pitches broke down to about 48 percent fastballs, 28.5 percent change-ups, 18 percent curves and 5 percent sliders, according to FanGraphs. If that averaged out to a more common sample size, only 10 starters would have thrown a higher rate of change-ups in 2019, according to Statcast. Armenteros’s mix could shift with more confidence in his fastball and curve. Perhaps it should in the long-term. But his current approach may endear him to Jim Hickey, the Nationals’ new pitching coach.

Hickey added that change-ups are typically easier to throw for a strike than curveballs or sliders. And that, he explained, makes it a critical pitch when a pitcher is behind in a count and hitters may sit on their fastball.

To Armenteros’s credit, he has thrown his change-up to any hitter in any situation. His usage is hardly dependent on the count or whether he’s facing a right- or left-handed batter. That’s another reason his fastball could play better than 91 mph suggests.

An odd dynamic with Armenteros is that the Nationals would rather not see him come April. Same goes for whoever loses out between Ross, Fedde or Voth, and Braymer, and so on. But every season shows whether a club has pitching depth or not. At some point, Armenteros’s phone will ring.