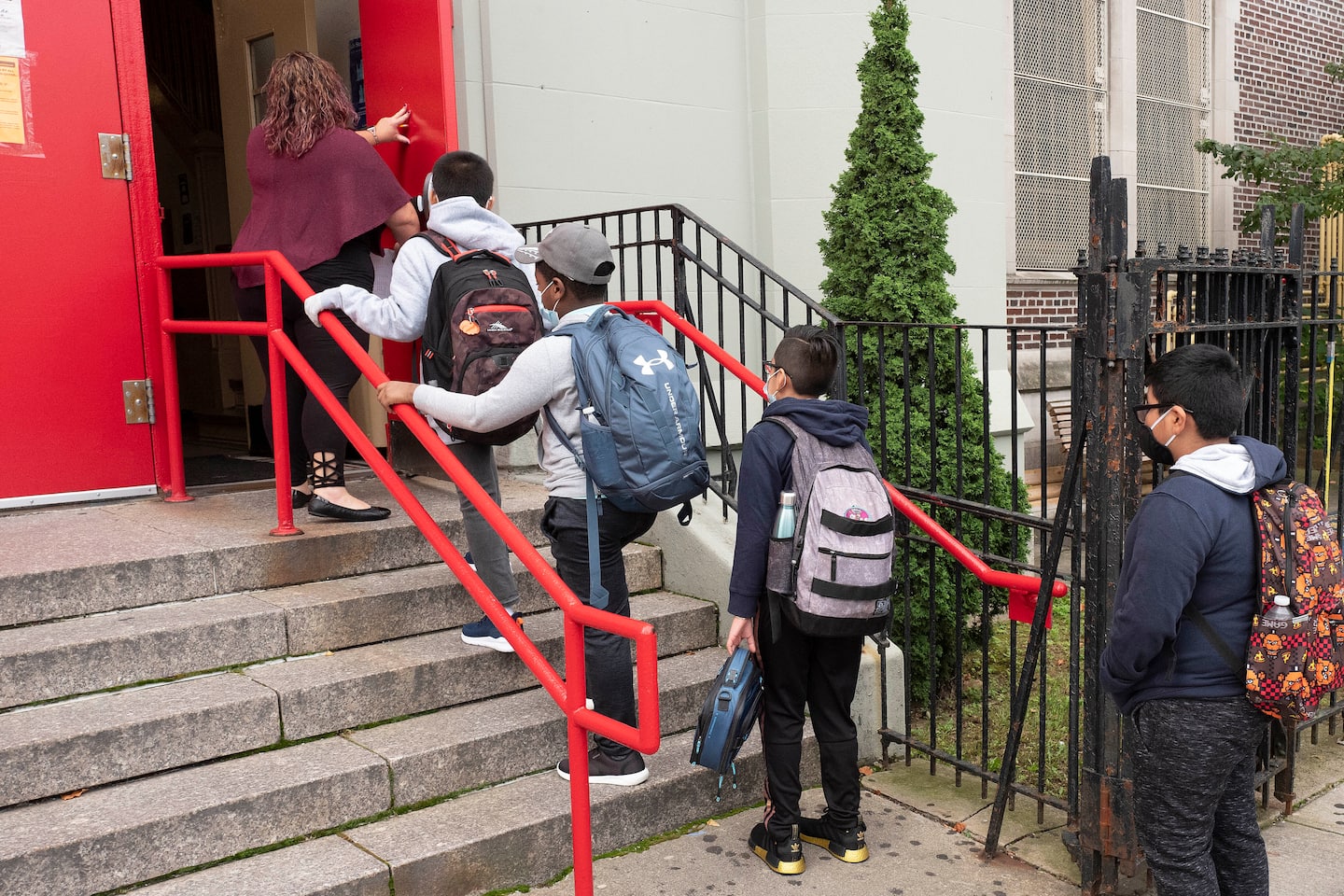 Is it possible for the United States to achieve herd immunity without vaccinating children?

It’s a complicated question, as health experts have differing ideas about what constitutes a herd immunity threshold for the coronavirus. Add to that the challenges with virus mutations, vaccine hesitancy and, of course, the current inability to vaccinate children and the answer becomes even murkier.

It makes herd immunity a challenging target to hit even assuming both adults and children took the vaccine. Without vaccinating children, it makes it that much more difficult. But failure to reach that threshold does not mean failure to control the disease.

What is herd immunity?

Herd immunity occurs when a large number of people in the community have developed immunity either by getting infected or by being vaccinated, so they are less likely to spread infection.

The herd immunity threshold refers to the level of herd immunity needed so that when people return to their normal pre-covid lives, transmission of the virus cannot be sustained. That does not mean that the virus will completely disappear, but it will spread only among certain individuals rather than among the community at large, preventing new outbreaks, said Marc Lipsitch, an epidemiologist at the Harvard T.H. Chan School of Public Health.

For the coronavirus, the herd immunity threshold is thought to be between 70 and 90 percent of the population.

It is possible to reach herd immunity without vaccinating kids?

No one really knows.

Assuming almost all adults got vaccinated, it could be possible to curb the spread of infection among the adult population.

However, children would continue to pass on the virus to their peers “until community rates are low enough that children are no longer getting infected,” said Stuart Ray, a professor of medicine in the division of infectious diseases at Johns Hopkins University. “Then what we might see are occasional sporadic outbreaks among children who are connected by transmission roots.”

As it stands, about half of unvaccinated adults surveyed in the United States said they “definitely” intend to take the vaccine, but 14 percent said they would “probably not” and 10 percent gave a resounding no, according to census data released late last month.

If children — who account for about 22 percent of the U.S. population — also were not vaccinated, herd immunity would be even further out of reach. However, hitting the threshold is not a pass-fail mission. Some experts believe that the threshold is more of a spectrum, and the closer the population can get to it, the better the chances of stopping the spread of the disease.

The rationale behind vaccinating children, experts say, is not only to help the entire community reach herd immunity but also to protect kids from the coronavirus. Although, in general, the virus has been much kinder to children than adults, not all children have been immune to some of the associated health risks, particularly multisystem inflammatory syndrome in children (MIS-C).

Federal health authorities have warned parents about MIS-C, in which “different body parts can become inflamed, including the heart, lungs, kidneys, brain, skin, eyes, or gastrointestinal organs.” Most kids who have been diagnosed with the condition after developing covid have recovered, though the illness can be fatal, according to the Centers for Disease Control and Prevention.

Furthermore, Ray said, experts do not know how the virus may affect children and their development down the line. “I don’t think we can exclude that there will be late complications we just haven’t thought of yet.”

“That’s the reason we would like to be able to vaccinate children,” he added.

So why aren’t we vaccinating children?

Anthony S. Fauci, the country’s leading infectious-disease expert, said during a White House briefing last month that assuming the trials are successful, they will be opened to children as young as 9. He said vaccines could be available to children beginning by the late spring or early summer.

Even so, if it is not possible to reach herd immunity, Lipsitch said, he is not “despairing.”

Because, with vaccination, “I think we can solve the biggest problem with the pandemic, which is the toll on the health-care system and the toll on human life without reaching the herd immunity threshold,” he said.

William Wan contributed to this report.

Many of our lives became static during the past year. These people chose new directions.

Recipeasly promised to ‘fix’ online recipes. After critics called it theft, the site shut down.

How to understand and use feta, star of TikTok’s viral pasta recipe

‘Reading the story today makes me cringe’: Female stars and the media machine of the early 2000s