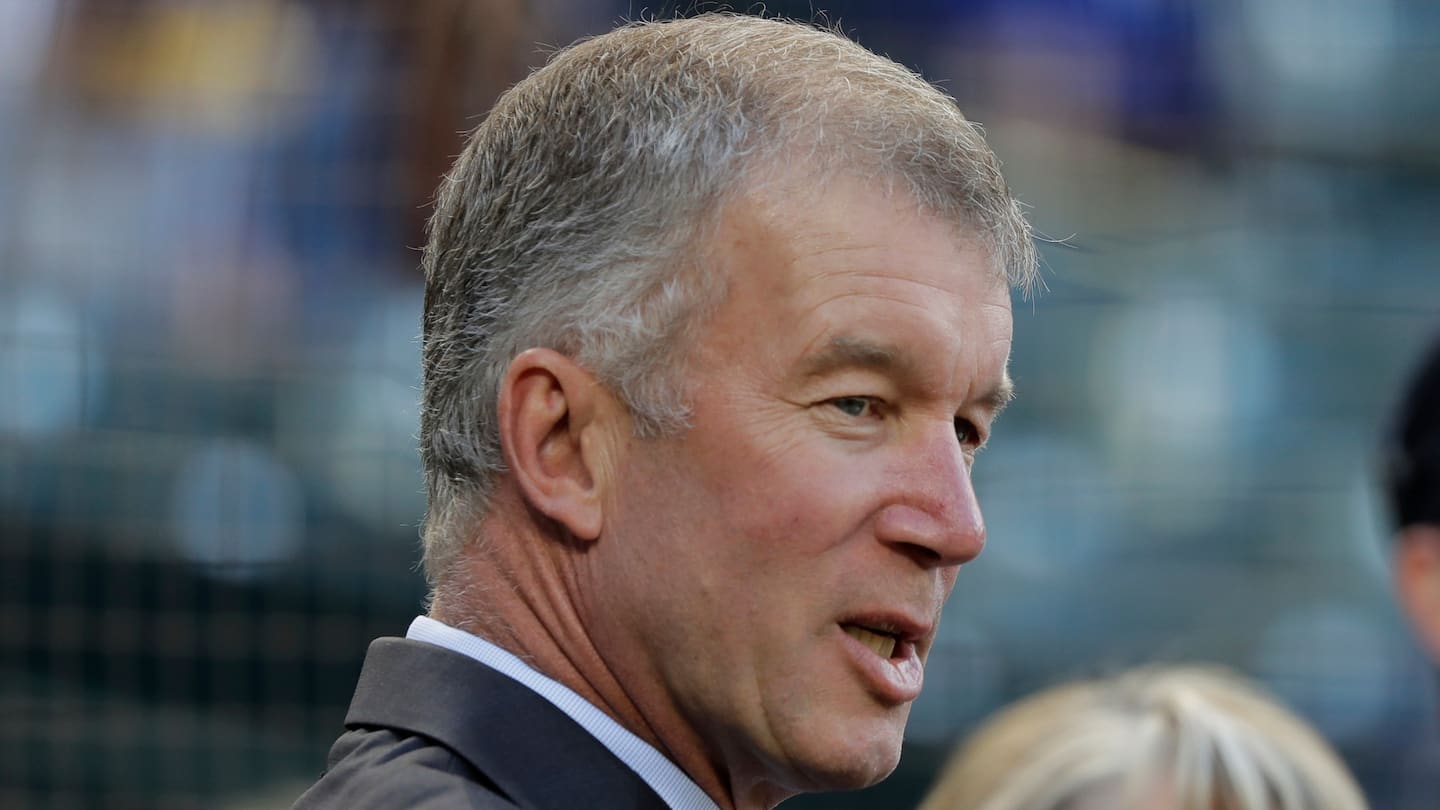 In his Rotary Club speech, which was posted to YouTube over the weekend, Mather demeaned the English skills of two foreign-born Mariners employees: former Mariners pitcher Hisashi Iwakuma, who was hired in January as a special assignment coach with the club, and minor league outfielder Julio Rodriguez.

“For instance, we just rehired Iwakuma; he was a pitcher with us for a number of years. Wonderful human being; his English was terrible,” Mather said. “He wanted to get back into the game; he came to us. We quite frankly want him as our Asian scout-interpreter, what’s going on with the Japanese league. He’s coming to spring training.

“And I’m going to say, I’m tired of paying his interpreter. When he was a player, we’d pay Iwakuma ‘X,’ but we’d also have to pay $75,000 a year to have an interpreter with him. His English suddenly got better. His English got better when we told him that.”

Mather said Rodriguez, who is from the Dominican Republic, “has got a personality bigger than all of you combined. He is loud. His English is not tremendous. Everybody says he’ll be here in 2021. He won’t be here till 2022 or 2023. A fantastic kid.”

Corey Brock, who covers the Mariners for the Athletic, rebutted Mather’s remarks by saying Rodriguez has been working to become a better English speaker and recalled an anecdote from 2018:

Rodriguez himself made light of Mather’s comments with a Twitter meme:

Mather also revealed that the team planned to start top prospects Jarred Kelenic and Logan Gilbert in the minor leagues to begin the season as a way to manipulate their major league service time and keep them with the club longer. Mather also said the team had offered to sign Kelenic to a long-term contract but the outfielder turned it down.

“Jarred Kelenic, we’ve been talking about him for a year and a half now, he will be in left field in April,” Mather said. “He’s a 21-year-old player who is quite confident. We offered him a long-term deal — a six-year deal for substantial money with options to go farther. After pondering it for several days and talking to the union, he has turned us down. And in his words, he’s going to bet on himself. He thinks after six years he’s going to be such a star player that the seventh-, eighth-, ninth-year options will be undervalued. He might be right. We offered, and he turned us down.”

Finally, Mather said that Kyle Seager, the team’s full-time third baseman since 2012, was “overpaid” at $18 million this season, the final year of his contract. This prompted a response from Seager’s wife, Julie:

Mather has worked for the Mariners since 1996 and was promoted to his current role in 2017. In 2018, the Seattle Times reported that a number of female employees had accused Mather and two other team executives of inappropriate workplace conduct that resulted in the women receiving financial settlements.

“I am committed to make amends for the things I said that were personally hurtful and I will do whatever it takes to repair the damage I have caused to the Seattle Mariners organization,” Mather said in the statement released Sunday.

The Mariners reportedly are expected to release a statement of their own on Monday.

NCAA tournament bracketology: Gonzaga is the top seed, but is Michigan or Baylor No. 2?

Ron Rivera talks a lot about culture. No one embodied it more than Alex Smith.

The Knicks are rolling and everyone is happy except their coach, who’s never happy