A Spanish rapper was arrested for tweets praising terrorists and mocking royals. Then the protests began. 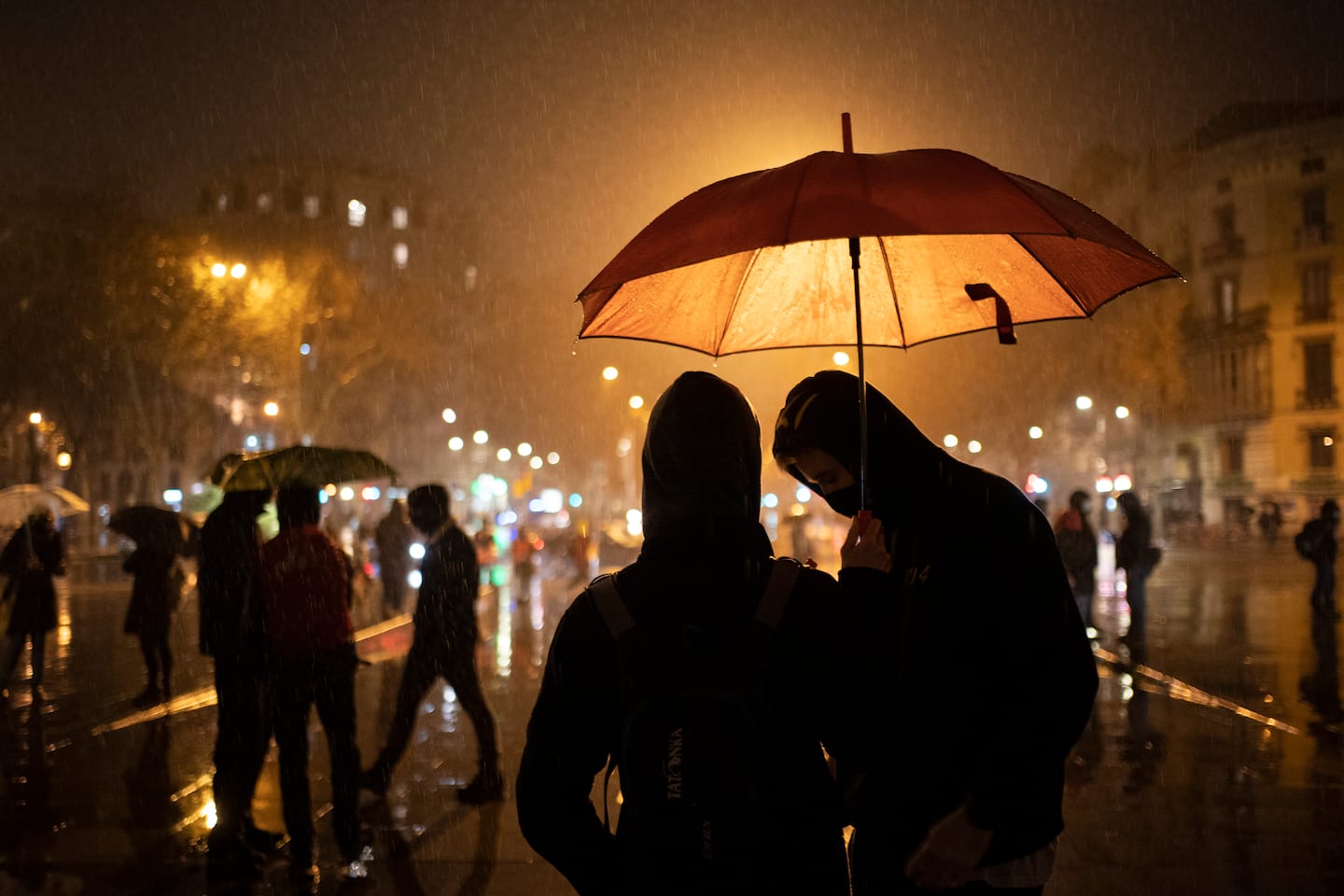 But the demonstrations are about far more than one man’s arrest, speaking to growing concern inside and out of Spain about the effect of the country’s anti-terrorism laws and lèse-majesté statutes circumscribing the freedom of expression. It’s a debate that threatens to upend the government, a coalition of two left-wing parties with differing views of Hasél’s case.

Hasél, a 32-year-old with an aggressive and anti-authoritarian musical style, has a lengthy legal history. He has been previously sentenced for assaulting a journalist and for threatening a witness at a trial.

But Hasél’s rise to infamy has mostly come not through his actions but through his words — or in the case of his latest arrest and nine-month sentence, his tweets.

Prosecutors had highlighted more than 60 tweets Hasél sent between 2014 and 2016.

The tweets were provocative. They included references to the police as killers, Nazis and “crybabies.” The Spanish royal family was described as “mafioso, medieval,” derided for its alleged links to Saudi Arabia and dismissed as “parasites.”

Arguably more offensive, however, were references to the Marxist organization GRAPO and the Basque separatist movement ETA, mostly defunct groups that had been linked to hundreds of killings. The European Union characterized both groups as terrorist organizations.

“Demonstrations are necessary but insufficient, let’s support those who have gone further,” Hasél tweeted in 2016, referring to protests in Catalonia, a northeastern region of Spain with a strong separatist movement. The tweet included a photograph of Victoria Gómez, a jailed GRAPO member.

Hasél’s arrest last week has sparked a major debate in the country that extends far beyond Twitter.

A petition signed by more than 200 Spanish cultural figures, including film director Pedro Almodóvar and actor Javier Bardem, said the arrest was reminiscent of actions by governments in such countries as Morocco and Turkey, where artists face growing curbs on their freedom of expression.

“We are aware that if we allow Pablo to be imprisoned, tomorrow they could come after any one of us,” the petitioners wrote.

Salil Tripathi, chair of PEN International’s Writers in Prison Committee, warned Tuesday that “democracies don’t jail poets, even if the words they express are disturbing or uncomfortable.”

Hasél was convicted in 2015 over songs he uploaded to YouTube that included lyrics describing violence against journalists and politicians.

In one song, titled “Osama bin Laden,” Hasél says Televisión Española, Spain’s public broadcaster, “deserves a bomb.” Another, titled “I’m Not Sorry for Your Shot in the Neck” on YouTube, is addressed to supporters of Spain’s center-right People’s Party.

The rapper was sentenced to two years in prison at the time, though he ultimately didn’t serve any time behind bars.

The new sentence, focused on his tweets, was issued in March 2018. It was reduced on appeal to nine months and one day, in part because neither GRAPO or ETA is currently active. The shorter sentence was upheld by Spain’s Supreme Court.

Hasél isn’t the first rapper to face prison time for his words. His friend and co-performer Josep Miquel Arenas, known as Valtònyc, was sentenced to 3½ years, but he fled to Belgium and is fighting his extradition to Spain.

But Hasél looks set to become the first rapper to actually serve his sentence. In some ways, that may not be a surprise. “I will go to jail,” he told The Washington Post in 2018. “I can do it.”

More surprising is the chaos his arrest has caused. Though most of the protests have been peaceful, there have been clashes every night in some cities, including Barcelona.

It’s a sign of the growing power of the rappers, whose status has only increased in recent years despite the cases against them. In 2018, Hasél told The Post that his last job had been picking grapes and apples.

Hasél’s arrest has sparked some of the largest protests in years in Catalonia. The rapper, who was born in the region, is a supporter of independence for Catalonia. His arrest came two days after regional elections there.

Free-speech advocates argue that restrictions have grown of late in Spain. They point to a 2015 public security law imposed under the then-People’s Party government that broadened an article in the criminal code that focuses on those who “glorified terrorism.”

On Tuesday, PEN Català President Àngels Gregori called for Article 578 to be repealed and said defamation should be a matter of civil law “where the government has no role.”

If the protests continue, they may threaten the country’s coalition government.

But the left-wing Unidas Podemos, a junior partner in the government, wants to go further, proposing legislation that would decriminalize glorifying terrorism or insulting the royal family. The split has resulted in tension within the coalition, which was already deeply divided over economic policy.