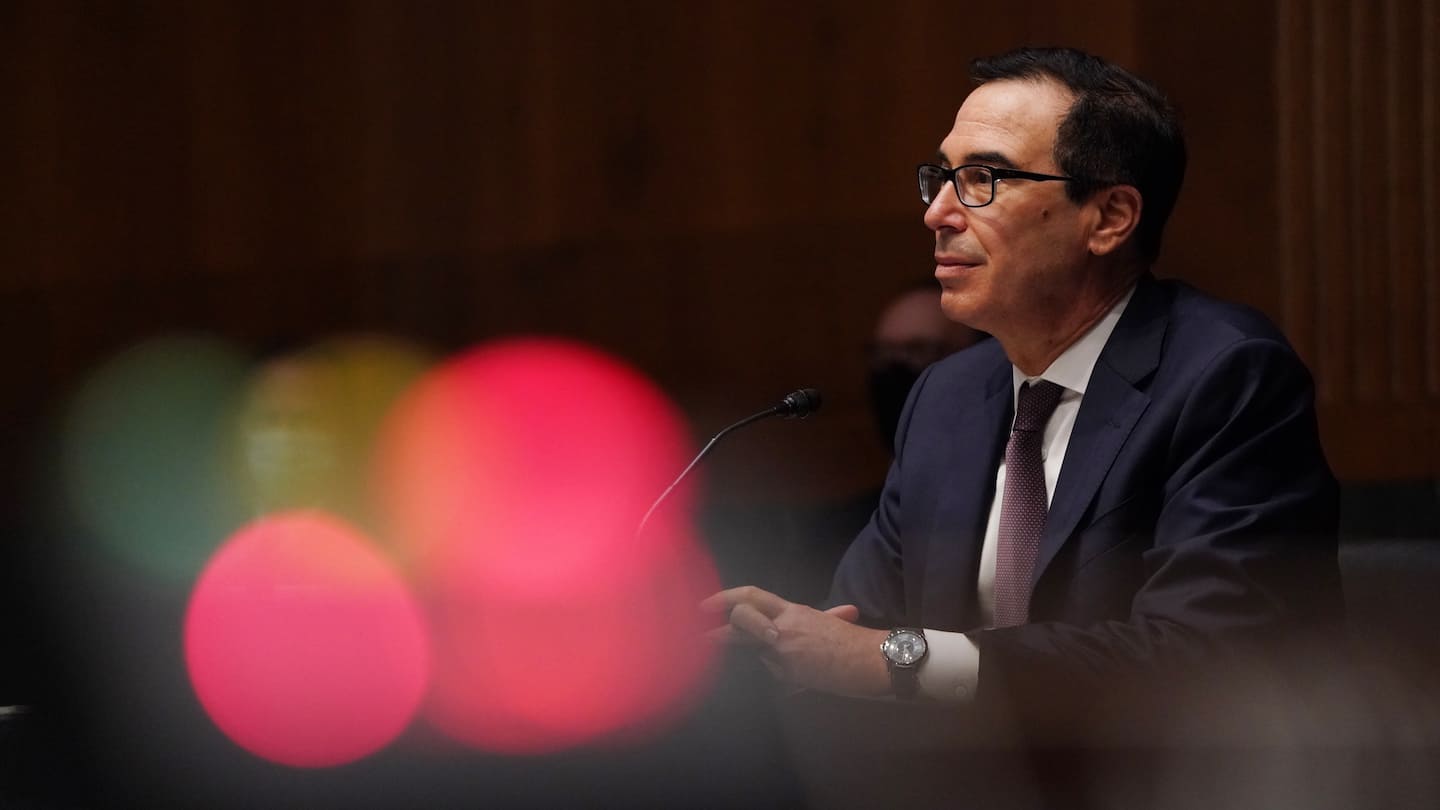 The United Arab Emirates, Kuwait, Qatar and Saudi Arabia control some of the region’s largest investment funds, according to the Sovereign Wealth Fund Institute, which tracks these types of funds.

Mnuchin did not immediately respond to a request for comment.

Mnuchin frequently traveled to the Middle East throughout the Trump administration, most often in relation to treasury’s mandate to combat terrorism financing abroad. In the waning weeks of the Trump administration, as Washington reeled from the Jan. 6 riot at the U.S. Capitol and questions swirled around whether Trump’s Cabinet would try to remove him from power, Mnuchin was on a diplomatic swing through the Middle East and Africa, visiting Sudan, Egypt, Israel, the United Arab Emirates, Saudi Arabia and Qatar. He had planned to visit Kuwait as well, but cut the trip short in the aftermath of the riot.

Mnuchin also visited the region in October to promote commercial ties in the wake of the Abraham Accords, which normalized relations between Israel and several Arab states. Mnuchin and Jared Kushner, former president Donald Trump’s adviser and son-in-law, also helped put together the Bahrain conference in 2019 that helped lead to the Abraham Accords.

Mnuchin traveled to Saudi Arabia and met with Crown Prince Mohammed bin Salman in October 2018, even as the Saudi royal was widely suspected of ordering the brutal killing just weeks earlier of journalist Jamal Khashoggi. The CIA later concluded that Mohammed ordered the assassination.

Trump was a strong supporter of the crown prince, viewing Saudi Arabia and allied states like the United Arab Emirates as crucial partners in an effort to counter Iran in the region. Trump blocked congressional efforts to stop arms sales to Saudi Arabia and pushed through an arms sale to the UAE despite bipartisan opposition in Congress.

Though it is unclear if Mnuchin will seek funds from the Saudi or UAE governments, his planned investment effort, coming so soon after leaving office, raises concerns over whether Trump administration policy was influenced by Mnuchin’s future pursuits, an ethics expert said.

“The fact that there were policies that were favorable to countries that now might benefit him in a business matter is troubling, and does raise questions about whether even the prospect of future business interests might have impacted decision-making, even if there were no specific plans in place,” said Noah Bookbinder, president of Citizens for Responsibility and Ethics in Washington, a nonprofit watchdog group.

Following in the footsteps of other former senior government officials, Mnuchin has put himself on the speaking circuit since leaving the Treasury Department, and plans to charge $250,000 to speak in person, Bloomberg News reported last week.