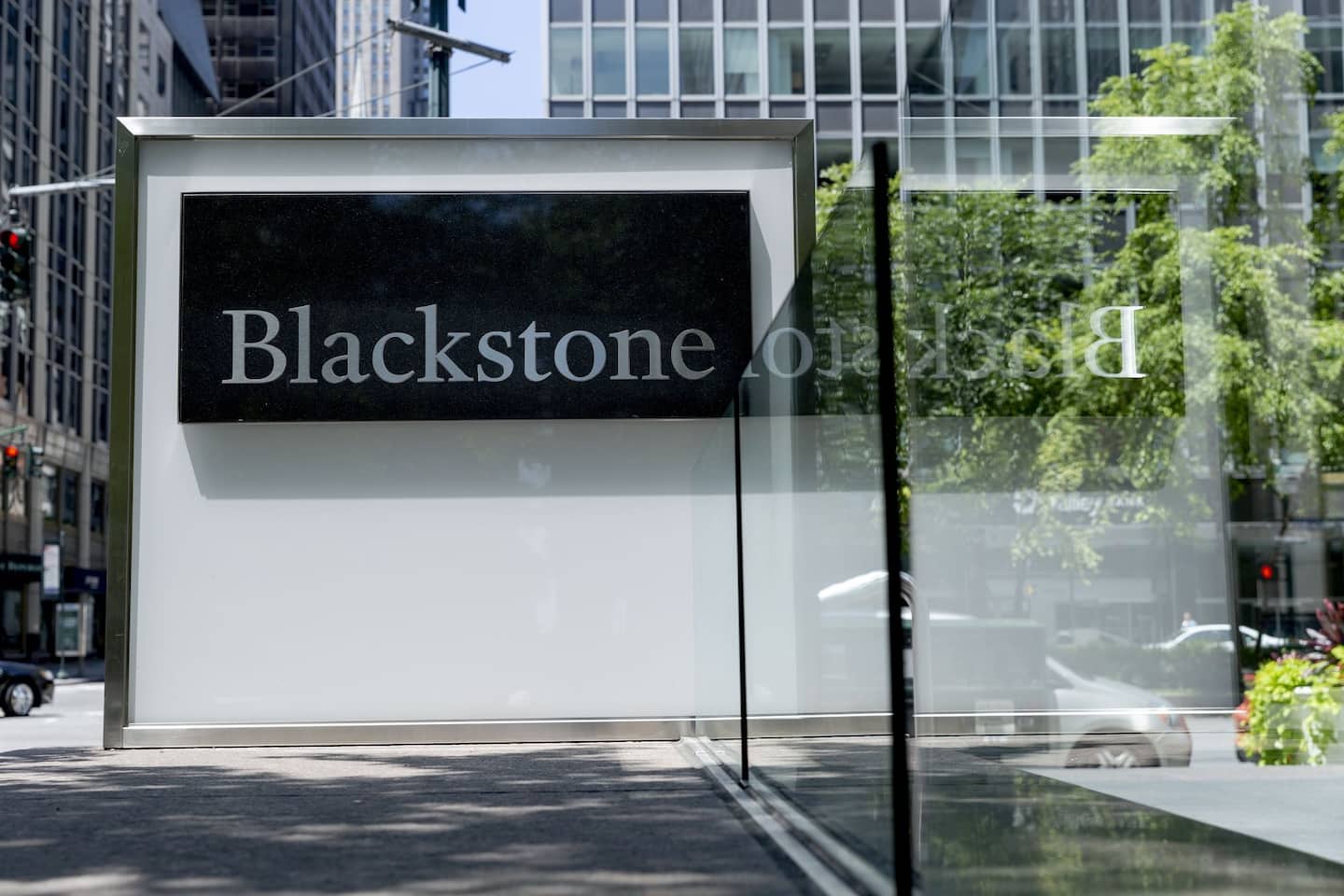 The second feat was also lucrative but decidedly less legal, federal prosecutors said in a December lawsuit. The company submitted false medical claims for ventilator rentals worth millions of dollars to the government, even as, in a bid to cut costs, it eliminated the jobs of respiratory specialists needed to ensure patients were properly using the machines, according to the complaint, which Apria settled for $40.5 million, according to an announcement by federal prosecutors.

Despite that settlement, Apria went public last month, netting its owners more than $170 million, according to another disclosure to the Securities and Exchange Commission. Blackstone’s stake in Apria is now nearly 70 percent, down from nearly 93 percent before the offering. Apria’s stock was trading at over $21 per share on Friday, giving it a market capitalization of around $758 million. The company’s nine-person board of directors includes four Blackstone executives or advisers.

For critics of the private equity industry, Blackstone’s ability to extract so much money out of Apria is an example of how the profits flowing to private equity owners are disconnected from the realities of how the businesses are run. Dividend recaps, in particular, have come under fire because the companies in question are loaded up with new debt, which is then used to pay shareholders. Nonetheless, the practice has surged in the last half of 2020 and first months of 2021.

“Rather than investing in Apria Healthcare to fix problems at the company, Blackstone rewarded itself by saddling the company with debt and taking over $400 million in payouts in the last three years,” said Jim Baker, executive director of the Private Equity Stakeholder Project, an activist group that seeks to pressure the industry. The group is funded by labor unions and other nonprofit groups but does not disclose its backers.

A Blackstone spokesman, Matt Anderson, said the criticism of dividend recaps is “based on a 1980s caricature, and directly contradicted by Apria’s strong earnings and performance. The company had no net debt at the time of its 2019 dividend recapitalization and extremely low leverage thereafter.”

In Apria’s case, the beneficiaries of the dividend recaps were investors in the Blackstone fund that purchased Apria in 2008, which Anderson said included state pension plans.

The federal complaint did not mention Blackstone, and Anderson said Blackstone executives were “absolutely not” aware of the conduct described in the complaint as it was occurring.

An Apria spokesperson referred The Washington Post to its comment about the case in its regulatory filing, in which the company said that it “did not admit that any of its conduct was illegal or otherwise improper.”

“We fully cooperated throughout the review and are pleased to have resolved this civil matter,” Apria said in a statement to The Post. “As always, our patients are our top priority and we remain committed to providing outstanding care and exceptional service.”

Private equity firms operate by pooling money from investors and borrowing funds to buy and overhaul companies, before selling them off for profit. The model can bring technical expertise and deep pockets to help modernize and turn around struggling companies.

Private equity firms have been increasingly active in the U.S. health-care industry in the past decade, buying up hospitals, outpatient care facilities and physician staffing companies, among other investments. Private equity investments in health care reached over $190 billion in more than 1,200 deals in 2019, according to Pitchbook, and made up 14 percent of the value of all private equity deals that year, up from less than 9 percent in 2009.

At the same time, there have been examples of wrongdoing by health-care companies owned by private equity firms, among them nursing homes where residents were neglected with devastating consequences and emergency room staffing agencies that marked up medical bills. Academic research published last month by the National Bureau of Economic Research found that nursing homes owned by private equity saw higher death rates in Medicare patients, “declines in other measures of patient well-being” such as mobility, and higher costs for taxpayers. Past research by other scholars has not found major differences in quality between private-equity-owned nursing homes and other for-profit nursing homes.

“The playbook of private equity is to make as much money for themselves and their investors as possible,” said Laura Olson, a professor at Lehigh University, who has written about private equity’s involvement in elder care. “When you cut back on staff in a health-care company, the answer is obvious.”

The American Investment Council, a private equity industry lobbying group, defended the sector and its role in U.S. health care.

Dividend recaps, Maloney said, are used “occasionally” to return funds to investors, including pension funds, “so they can reinvest in another asset and ultimately strengthen retirements.”

The same month Apria’s owners and executives received their latest dividend, and two months before the company went public, Apria executives agreed to a $40.5 million settlement with the Justice Department and several states after a lawsuit alleged that the company submitted thousands of false claims to the government and collected millions of dollars in improper payments for costly ventilator rentals.

The Justice Department’s 2020 complaint against Apria, sparked by whistleblower complaints that surfaced in 2017, alleges an effort by Apria executives to pump up profits. Driven by far higher Medicare reimbursement rates for a breathing machine called a noninvasive ventilator, or NIV, compared with other devices, the company set an aggressive goal to increase revenue from the rental of the machines from $5 million in 2014 to $30 million in 2015.

The company, the complaint says, offered huge bonuses to salespeople who signed up many new patients to use the ventilators, while employees who did not meet the targets were at risk of losing their jobs. The government alleges that employees combed through patient records to find people who were using cheaper oxygen devices so that salespeople could try to upgrade them to the more lucrative ventilators. Salespeople pushed physicians to order their patients the more expensive devices, declining to tell them that cheaper machines could be configured to meet the same needs.

Federal regulations require providers to ensure the equipment they charge the government for is medically necessary, and providers have to periodically verify that patients are using the equipment. But to cut costs, between 2015 and 2017 Apria repeatedly cut respiratory therapists at its branch offices, which meant that they often did not make home visits to verify that patients needed and were using the ventilators, the complaint says. As early as January 2017, an internal analysis found that respiratory therapists did not complete more than half of the required patient visits. Still, later that year, the company cut its respiratory therapy staff even further.

“As a result, Apria routinely billed Medicare and other programs when it did not know whether NIVs were still being used by patients and, therefore, remained medically necessary,” said a statement from the U.S. attorney’s office in Manhattan. “Further, even when Apria had information indicating that patients were no longer using their NIVs, it often continued to bill the federal health programs.”

The statement by federal prosecutors said Apria acknowledged and accepted responsibility for a wide range of the behavior alleged by the government, although the company maintains that it has not said its conduct was illegal or improper.

“Prior to becoming aware of the government’s interest in the matter in 2017, Apria had already made a number of changes to the NIV program’s processes and procedures relating to patient usage in the home,” an Apria spokesperson said.

As the coronavirus pandemic swept through the United States and Congress scrambled to provide aid, Apria benefited from higher demand for its respiratory devices and from relief legislation that upped Medicare reimbursement rates for providers and allowed Apria and other companies to defer tax payments, according to its regulatory filing with the SEC.

Recently, Apria executives have argued that the federal government should delay competitive bidding on their respiratory products, citing a risk of supply disruptions in the midst of the pandemic. The competitive bidding program, which Medicare has implemented over the past decade, has helped cut average prices for covered equipment by 36 percent, according to research by Harvard graduate student Yunan Ji.

Apria has been lobbying on the same issue since at least 2019, well before the pandemic started, according to disclosures. Dan Starck, Apria’s CEO, criticized the competitive bidding program’s implementation as early as 2015, and the company noted in its filing with the SEC that the competitive bidding program “has historically put downward pressure on the amounts we are reimbursed.”

An Apria spokesperson said the company has “consistently said that the competitive bidding program threatens patient access to critical home oxygen care — particularly in underserved areas — which is all the more critical during this COVID-19 pandemic.”

In April, the Trump administration removed noninvasive ventilators — the same products that Apria would later be accused of falsely billing the government for — from its competitive bidding program, citing concerns over access to the machines during the pandemic. The decision means that Apria and other providers will continue to be paid higher Medicare reimbursement rates for the machines.

“If you remove the competitive bidding process, it’s very difficult for the government to know what the right price is, so there is more room to set the prices incorrectly in the future,” Ji said.

In October, the administration announced it would remove more than a dozen products from competitive bidding, including all of the products that Apria provides, saying that the bidding “did not achieve expected savings.”

CMS said in a statement that the competitive bidding program “has been an essential tool to help Medicare set appropriate payment rates.”