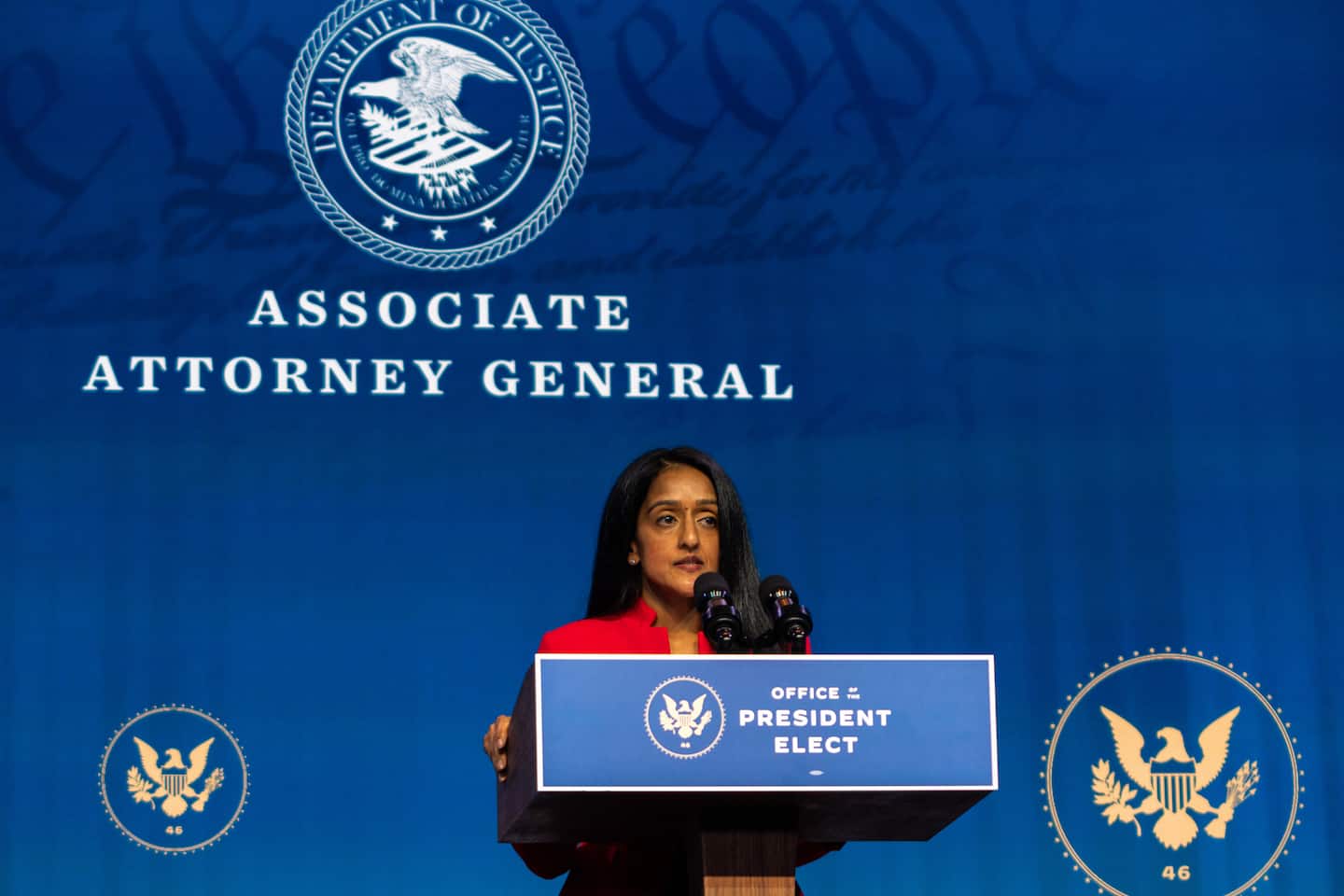 The lies and distortions are your garden-variety right-wing hysteria seeking to paint an unabashed liberal woman of color as a danger to the rule of law and to police. The lies don’t stand up to the facts. More than 50 current and retired chiefs of police and sheriffs who worked with Gupta during her last tour at the Justice Department sent a letter of support to the Senate Judiciary Committee. So did the National Fraternal Order of Police, whose president noted the organization’s working relationship with Gupta goes back to 2014. And before that, as a lawyer with the ACLU, Gupta worked on cash bail reform, fair sentencing and other criminal justice reform issues with Koch Industries. Mark Holden, the firm’s former general counsel and senior vice president, sent in a letter of support for her nomination.

That Gupta would reach across the ideological divide to work on criminal justice with someone who worked for the Koch brothers tells me that she sought solutions and support from kindred spirits. But that particular outreach didn’t sit well with Gupta’s colleagues on the left. Two leaders of progressive organizations confirmed to me that when Gupta worked on criminal justice reform before she went to the Justice Department under Obama, they received calls from other progressives complaining that she reached across the aisle to Republicans.

“Working with the enemy” was how Anthony Romero, executive director of the ACLU, told me one caller described what Gupta was doing. “She had the courage to stare down her friends and allies to say we have to work across the aisle if we want to be effective,” Romero said. “She was the one who helped establish these strange bedfellows in criminal justice reform that we now take for granted.”

And progressive folks weren’t happy with Gupta for even giving qualified support for the Senate’s passage of the First Step Act in 2018. If you know Gupta and the values that drive her, you’re not surprised. Pushing the ball forward on reform, any reform, is about small gains in big battles. It is the focused determination of leaders such as Gupta who ensure those gains pile up and help as many people as possible. That’s exactly the kind of person who should be helping to run the Justice Department.

Merrick Garland’s nomination to be the next attorney general passed out of the Senate Judiciary Committee on Monday. Under “the former guy,” as Biden refers to his predecessor, the nation’s chief law enforcement officer became the president’s personal lawyer. Garland’s confirmation would rebalance the scales of justice. That he sailed through the process is rather stunning considering how Senate Republicans successfully stiff-armed him when Obama nominated him to the Supreme Court in 2016.

Gupta and Lisa Monaco, nominated to be deputy attorney general, will both appear for their confirmation hearings on March 9. Both deserve to be confirmed. But Gupta ought to sail through the Judiciary Committee with the same ease that Garland did.