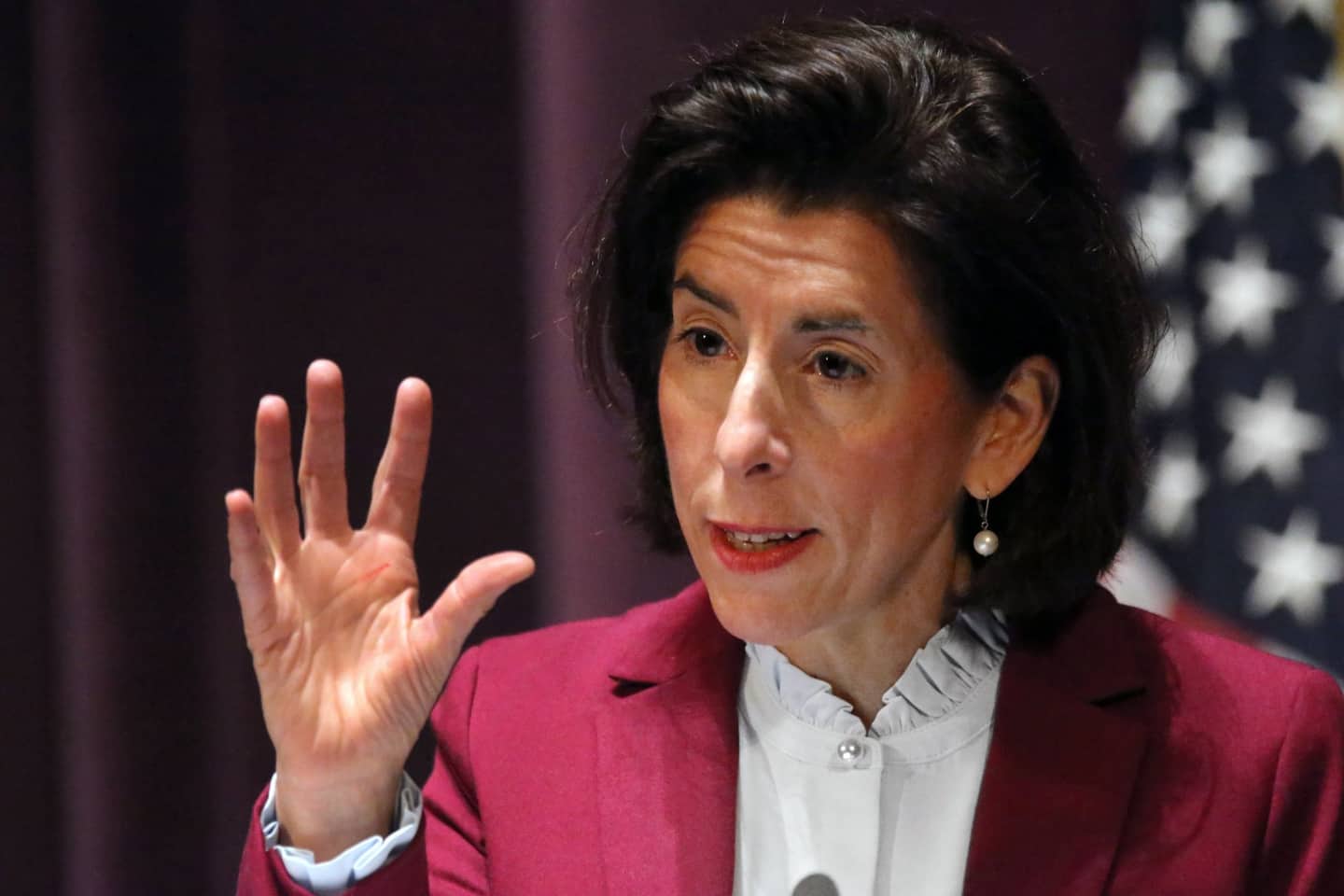 Raimondo, 49, a former venture capitalist who was reelected to her second term as Rhode Island’s chief executive in 2018, will assume command of a federal agency with sweeping responsibilities and an increasingly important portfolio. Long seen as simply a business-friendly outpost in Washington, the department in recent years emerged as an active player in President Donald Trump’s trade wars, while carrying out the decennial census and managing the nation’s weather-monitoring systems.

“Commerce’s role at the intersection of economics and national security increased significantly during the Trump administration. … The secretary is facing a full plate,” said Michael Wessel, a member of the congressionally chartered U.S.-China Economic and Security Review Commission.

Under President Biden, the department is likely to remain deeply involved in rewriting the terms of the U.S.-China commercial relationship and trying to better insulate U.S. supply chains from interruption. Raimondo said during her confirmation hearing that she would prioritize efforts to revitalize U.S. manufacturing, saying “there is something special” about factory jobs.

She has often spoken of her father being forced into early retirement in his 50s after losing his job in a Bulova watch factory.

Over the past few years, then-Commerce Secretary Wilbur Ross added dozens of Chinese companies to an export blacklist, which effectively barred them from doing business with U.S. firms.

The department also nearly tripled its imposition of tariffs designed to prevent foreign companies from selling in the United States products that were heavily subsidized or priced below cost.

Raimondo inherits several unresolved decisions on the trade front, including whether to continue a prohibition on U.S. firms selling goods and services to Chinese telecommunications giant Huawei. During her confirmation hearing, Raimondo avoided an explicit commitment to do so, sparking concern among some Republicans.

“She will also be under pressure to go farther and tighten restrictions in both directions, so the key measure may not be whether she eases anything but whether she goes farther,” said William Reinsch, a Clinton administration Commerce Department official who is now a trade specialist at the Center for Strategic and International Studies.

The Commerce Department has been slow to produce new regulations restricting the export of “foundational” and “emerging” technologies that carry national security implications. The new rules were required under 2018 legislation passed by overwhelming, bipartisan majorities in the House and Senate.

“Commerce has largely refused to implement it,” said Derek Scissors, a China specialist at the American Enterprise Institute. ”Part of that is Ross being AWOL, but part is the bureaucracy deciding that they and their friends in industry should control American policy. And they don’t like export controls.”

Raimondo will probably come under early pressure to eliminate Trump’s tariffs on foreign-made steel and aluminum. Those Section 232 levies — named for the provision in U.S. trade law that authorized them — alienated major U.S. trading partners, including Canada and the European Union.

Some industry representatives are hoping to see the tariffs end.

“I think she has a more comprehensive and informed view about these matters than Wilbur Ross, who had a strong bias toward the steel industry and made little effort to understand the global intricacies of the tech sector,” said Rufus Yerxa, president of the National Foreign Trade Council, which represents multinational corporations.

If confirmed, Raimondo will take over a department with a roughly $8 billion budget and more than 43,000 employees. Her relations with her state’s labor unions were often rocky.

As state treasurer in 2011, she championed pension reforms that raised the retirement age and cut benefits for public employees. Those battles have not been forgotten, though the Laborers’ International, a construction industry union, backed her.

“The career workforce has been through a lot in the last four years, so she will need to reinvigorate morale and restore the department’s important role in the interagency process,” said Bruce Andrews, who served as deputy commerce secretary in the Obama administration.

In Rhode Island, Raimondo enjoyed strong support from factory businesses. She worked closely with the state’s manufacturers on apprenticeships, research and development grants for small businesses, and the use of data analytics.

“She had manufacturing at the forefront all the time,” said Dave Chenevert, executive director of the Rhode Island Manufacturers Association. “She’s a sharp woman, and she listens.”