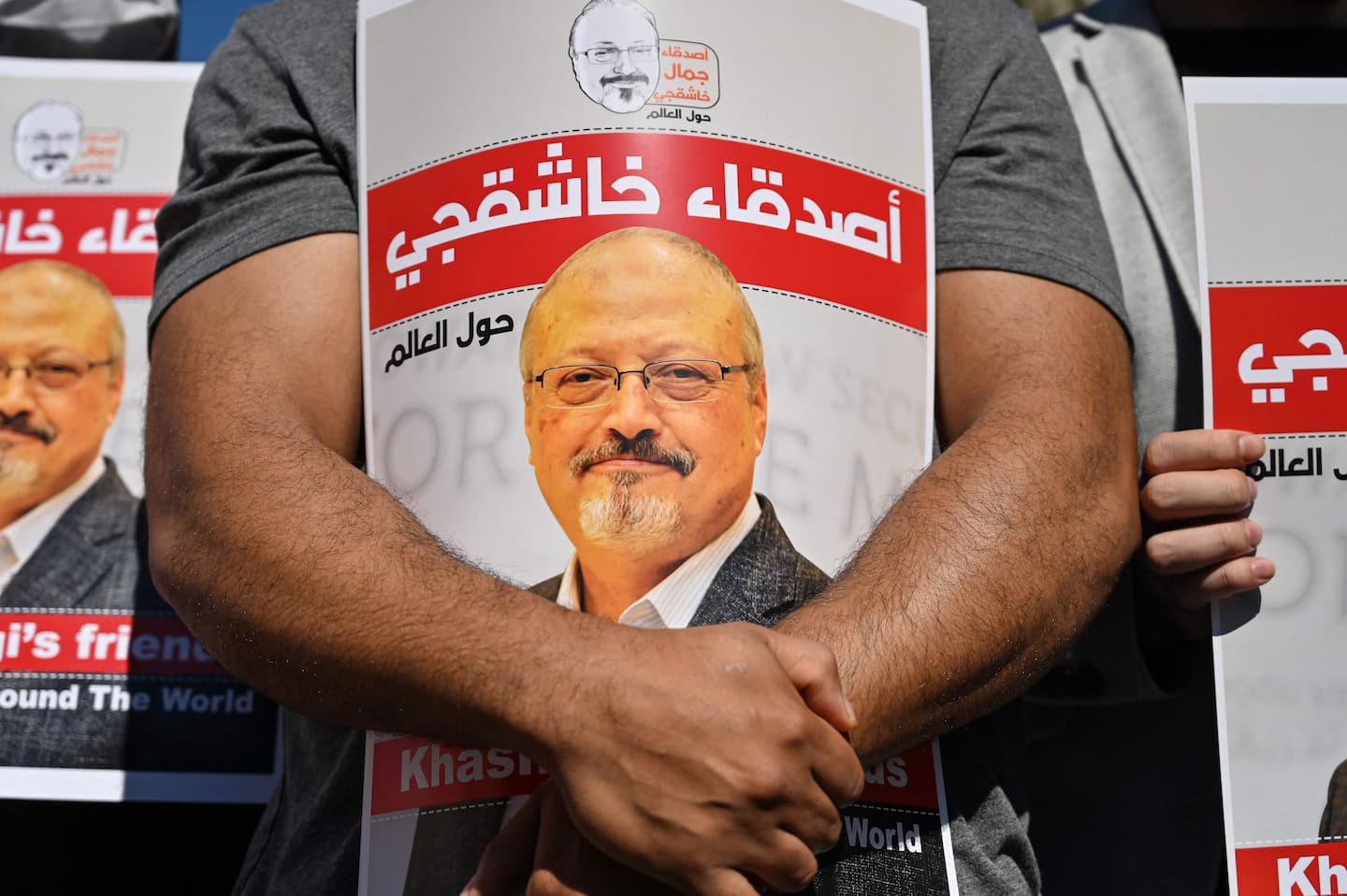 “The case of Khashoggi is already closed with the criminals in jail for what they did,” said a Twitter comment repeatedly posted on Saturday, replying separately to tweets by The Post, Bloomberg News and NBC News. Other similar, repetitive comments appeared on tweets by CNN, CBS News and The Los Angeles Times.

Such tweets were part of a broad effort by Saudi accounts, working in both English and Arabic, to shape the public narrative around the role of the crown prince in Khashoggi’s killing, according to researchers.

The source of the influence campaigns could not be definitively determined, said both independent researchers and Twitter, which said it had recently closed thousands of Saudi accounts for platform manipulation and other violations.

But the operation targeting tweets by American news organizations, using dozens of inauthentic accounts that previously had posted nonpolitical content in Arabic, “aligns with operations the Saudis have conducted on social media in the past,” according to an analysis by Advance Democracy, headed by former FBI analyst and Senate investigator Daniel J. Jones, who led the review of the CIA’s torture program.

“The coordinated activity of the accounts posting about the recently released report on Jamal Khashoggi is easy to identify,” Jones said. “In addition to the timing of the posts and the similarity of the content posted, the accounts almost exclusively post nonpolitical content in Arabic to stay active, but then switch to making English language political posts in an attempt to rebut criticism appearing in English-language media.”

The Saudi government did not respond to a request for comment on Tuesday.

Separately, Qatar-based disinformation researcher Marc Owen Jones found that more than 600 Twitter accounts — many of them apparently fake — used a hashtag in Arabic translated as “#thepeopleofthekingdomsupportthecrownprince” on the day before the intelligence report was released.

The day of the U.S. report’s publication on Friday, thousands of accounts used two different misspellings of Khashoggi’s name to push pro-Saudi messages critical of the United States, getting the misspellings to trend on Twitter within the kingdom, according to Marc Owen Jones. He said the misspellings probably were an attempt to evade attempts by Twitter to block disinformation on the subject.

The Saudi government long has sought to use mass media and technology to shape public narratives about major events and politically important themes, and government officials have found that manipulating Twitter allows them to take advantage of its power without imposing bans or other restrictions that might be seen as excessively oppressive, said Jones, an assistant professor at Hamad Bin Khalifa University in Qatar.

“With the rise of Mohammed bin Salman, who is young, he understands that social media is the next big thing in terms of communication,” Marc Owen Jones said. (The crown prince is 35.)

Twitter said it has investigated and suspended about 3,500 accounts after they commented on the U.S. intelligence report, but the company was unable to say who or what is behind the influence campaign.

“Our internal teams have investigated and suspended any accounts engaged in platform manipulation and spammy activity in relation to this report, and we will continue to monitor this activity,” said Sarah Harte, a Twitter spokesperson.

The messaging in the online influence campaigns echoed arguments made publicly by Saudi officials. Saudi courts have sentenced eight people to prison terms of up to 20 years for their roles in the killing. But two top aides to the crown prince who Saudi prosecutors said played a central role in the plot were exonerated. The crown prince has denied knowing about the operation against Khashoggi.

The two-page U.S. intelligence report released Friday found differently, citing the absolute control the crown prince exerts over the kingdom and his “support for using violent measures to silence dissidents abroad, including Khashoggi.” The Saudi government said it “completely rejects the negative, false and unacceptable assessment pertaining to the Kingdom’s leadership.”

Some of the same accounts also pushed pro-Saudi claims about women’s rights, tourism in the nation and its role in neighboring Yemen’s brutal civil war, while also praising the crown prince for his leadership.

For nearly a decade, the kingdom has boasted its high number of Saudi Twitter users: according to statistics database Statista, Saudi Arabia hosts more than 12 million users, the eighth leading country in terms of users as of January.

Alongside Snapchat, Twitter is the most popular social media platform in the country. Trending topics and hashtags are an important tool in framing debates and news inside the country — a tool that has been employed by Saud al-Qahtani, a powerful aide of the crown prince.

Qahtani is known by detractors as “the Lord of the Flies,” a reference to an army of automated Twitter accounts — which he called “electronic flies” — that attack critics and respond to tweets questioning the rule of the crown prince, as well as his policies and any official government stance. The Advance Democracy report said the influence campaign targeting U.S. news organizations “particularly aligns with the work of Saud al-Qahtani, who is notorious for running an army of fake accounts.”

Qahtani’s own Twitter account was suspended in 2019, a year after the killing of Khashoggi, a Saudi insider who became a critic of the government. Qahtani was dismissed from his post after the assassination, but he was not one of those charged with a crime and reports suggest he remains close to the crown prince. The Trump administration imposed sanctions on him in 2018 for his part in the “planning and execution of the operation that led to the killing of Mr. Khashoggi.”

Qahtani did not respond to emails seeking comment on Tuesday.

An effort to counter his army of automated accounts was launched by Omar Abdulaziz, a Saudi dissident residing in Canada. Abdulaziz runs the “bees” — an opposition network of volunteers that works to strengthen hashtags that the “flies” try to smother. These include hashtags on topics such as human and women’s rights, criticisms of the crown prince and the Khashoggi killing.

Abdulaziz said fake accounts often swarm around tweets of activists and journalists who report on, criticize or denounce the Saudi establishment — especially the revered royal family, a red line when it comes to criticism inside the kingdom.

“They go after Bloomberg. They come after The Washington Post, of course, first, and on the New York Times, CNN, broadcasters, politicians, journalists,” Abdulaziz said. “And they do a kind of directing.”

Abdulaziz said from his experience, certain accounts would retweet the target using a quote from the original post — “as if they’re giving direction to others that this is it: attack.” What usually follows is a barrage of insult after insult, targeting the honor of the Twitter user and sending threats, particularly if the posters are Saudi.

Five points for anger, one for a ‘like’: How Facebook’s formula fostered rage and misinformation

‘Guardians of the Galaxy’ is a better movie than the movies. But it could be a better game.

A whistleblower’s power: Key takeaways from the Facebook Papers