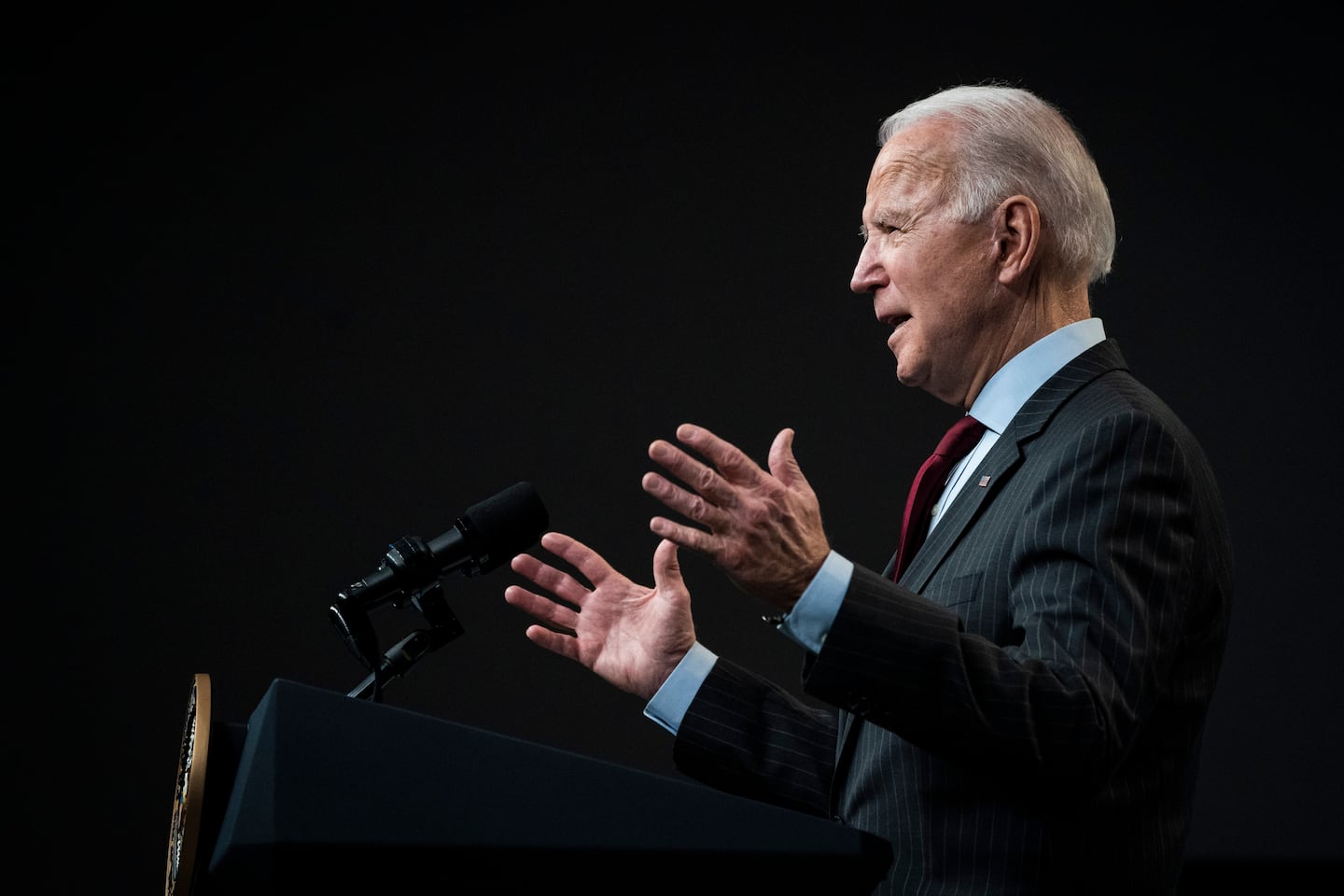 But even considering those, Biden’s pandemic numbers reinforce how Americans prefer his more realistic approach to that of former president Donald Trump, in a way that Trump never seemed to grasp — and might well have cost him his reelection.

Biden’s numbers are and have been better than Trump’s ever were. Among the many polls tracked by FiveThirtyEight, Trump’s approval never eclipsed 60 percent in any of them. But that’s been Biden’s average approval on the issue during his first 45 days, rising as high as 70 percent in the AP-NORC poll and around two-thirds in several other polls.

Again: a honeymoon, perhaps. But when the country is confronted with such large challenges, even in the middle of an administration, there is often a rally-around-the-flag effect, in which presidents see their approval ratings rise to new heights.

That happened with Trump, but only to very limited effect. As I wrote in late March 2020, Trump’s approval ratings reached numbers unseen since his first year as president: the mid-40s.

That polling bump, though, also overlapped with one very significant period in Trump’s coronavirus response: the period in which he finally bowed to health officials who told him the country needed to get tougher on combating the virus. Trump spent the first two months after the virus made its way to American shores consistently downplaying its threat, but on March 16 he announced his support for a 15-day effort to slow the spread of the virus.

His numbers soon rose. After the virus began killing Americans, FiveThirtyEight’s numbers show the period during which Trump’s numbers were briefly in positive territory on his virus response spanned from about a week later, on March 22, to April 8. They weren’t that positive, mind you — never reaching a 50 percent average approval — but that period came right after Trump briefly adjusted his rhetoric in a more serious direction. Very soon, he would let “15 Days to Slow the Spread” elapse and continue downplaying things.

From then on, Trump’s numbers never recovered and, in fact, continued declining, often lagging his overall approval rating.

Trump’s miscalculation, as I argued early on, was that he feared a momentary decline in the economy would sink him — given how much he planned to make the economy a centerpiece of his reelection effort.

And even if you set that aside, there was the question of whether momentary pain was really the name of the game. This were still eight months before the election, after all, and prolonging the worst damage by reopening the country and relaxing guidelines too early could pose much more lasting and politically significant problems for the economy that Trump so badly wanted to emphasize.

The biggest point in the new polling, though, is this: Whatever honeymoon period exists for Biden, that still doesn’t fully explain his coronavirus numbers. You might not believe that 44 percent of Republicans actually approve of Biden on that issue — and I’m not sure I do either — but the fact remains that many people who otherwise don’t approve of him do see merit in his coronavirus response.

Trump’s virus marks never outpaced his overall ones by that much. Even when he was nearing 50 percent approval on the coronavirus for that brief period in late March and early April of last year, his average overall approval was just a few points lower, creeping up into the mid-40s.

Perhaps that’s owed in part to the Americans who had written Trump off entirely and would never support him on any issue, no matter what he did. But his economic numbers often crested majority support. And Biden has now shown there is a coronavirus approach that can meet with approval even among people who might have written him off otherwise. (He might not truly have the support of 44 percent of Republicans on the coronavirus, but other polls show him in the 20s and 30s, which is no small feat these days.)

It all makes you wonder: What if Trump had taken the virus more seriously from the beginning? What if he tried to unite the country against a common enemy? What if he was more consistent in supporting measures to combat it and the resulting economic pain, like the coronavirus relief bill that Biden is spearheading and polls show is also very popular?