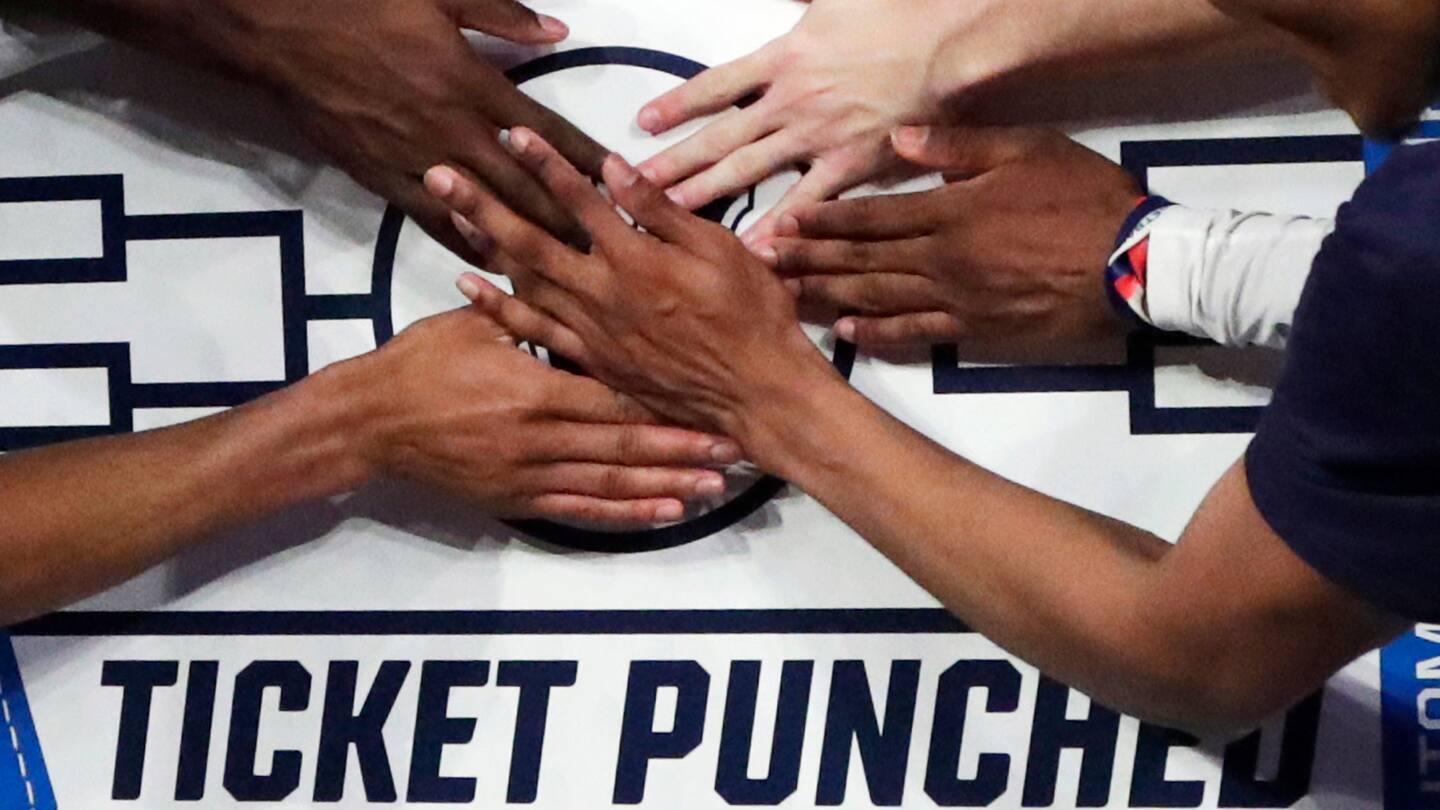 That, of course, was the NET. The replacement for the RPI and the mildly charming acronym for the blandly named NCAA Evaluation Tool, the NET was designed to be exactly what its moniker suggests.

And how were teams at the edge of the field evaluated? Well, the four teams shipped to Dayton that year all finished at .500 or better against the top two tiers of opponents (Quadrant 1 and Quadrant 2). The eight teams that were the top seeds in the NIT were all under .500.

Coincidence? Possibly. One year doesn’t make a trend, but those are decisions with a certain logic to them. Good teams — tournament-worthy teams — are probably going to win at least as much as they lose in their best games. Or at least they should.

It seems sensible to look at the teams floating somewhat close to the edge of the field and how they’ve done against the same set of teams, especially with Selection Sunday a bit more than a week away. Included are a handful of projected automatic qualifiers (denoted by asterisks) that could be in the at-large field with a conference tournament loss.

To state the obvious, this is an unfinished picture, but a few things stand out. The committee’s decision-making at the edge of the field two years ago would seem to benefit some teams outside power conferences, namely Drake and the top three at-large candidates in the Atlantic 10 (St. Bonaventure, Saint Louis and VCU). The borderline Mountain West teams? Not so much.

It suggests the team most overlooked in this bracket projection is Georgia Tech, which has feasted on good teams at home but won only three times outside of Atlanta. The defeat of Virginia Tech in Blacksburg stands out, though, and the Yellow Jackets might belong a little more safely inside the field.

As for teams on the outside looking in, Mississippi’s .500 mark against the top two quadrants (which includes a sweep of Missouri and a triumph over Tennessee) stand out. The Rebels have positioned themselves as a potential Selection Sunday surprise team over the last five weeks.

Next four on the outside: Utah State, Duke, St. John’s, Stanford

West vs. East, South vs. Midwest

Gonzaga might already have the No. 1 overall seed in hand before it gets to the West Coast Conference tournament. The Zags have a bye into Monday’s semifinals in Las Vegas. … Boise State had a really, really bad idea Tuesday: Losing at home to Fresno State, a Quadrant 4 blemish. The only other candidates even on the at-large fringe with a Quad 4 loss: N.C. State, Richmond (who is definitely done) and St. John’s. Not good. It’s the sort of differentiator that could prove super costly on Selection Sunday. …

Saint Louis is still a bit of a mystery team thanks to a five-week hole in its season, but winning at least two games in the Atlantic 10 tournament (Massachusetts on Friday, then either St. Bonaventure or Duquesne) probably is enough to finish the job. … Hypothetically, if ongoing virus issues keep Virginia Tech from playing in next week’s ACC tournament, the Hokies will have played twice in the 40 days leading into the NCAA’s round of 64. … UCLA has a fine enough record, but there isn’t much propping the Bruins up. If they don’t beat Southern California on Saturday, they’ll head to the Pac-12 tourney with one victory against the likely NCAA field (Colorado).

Illinois takes over as the fourth No. 1 seed after blistering Michigan on the road on Tuesday. The Illini close out the regular season at Ohio State on Saturday. … Southern Utah’s lone NCAA tournament appearance came in 2001, when it lost as a No. 14 seed to Boston College. The 18-3 Thunderbirds have won eight in a row to take the lead in the Big Sky. …

The Atlantic Sun tournament has cleared out nicely for Liberty, which is seeking its third league title in as many years since joining the conference. Joining the Flames in the A-Sun semis are the No. 5, 6 and 7 seeds. … It wasn’t ideal for Xavier to lose at Georgetown on Tuesday, but the Musketeers can still avoid a dicey situation entering the Big East tournament by winning at Marquette to close the regular season. … Doesn’t it feel like Clemson–Rutgers is an annual ACC/Big Ten Challenge matchup? Yet the two haven’t met in that (or another) event since 2015.

Wisconsin–LSU sounds like a great Citrus or Outback Bowl. Not sure it would be the most riveting 8/9 game this season. … Drake could buy itself some goodwill by avoiding a loss to anyone not named Loyola Chicago in the Missouri Valley tournament. Given the state of the edge of the field and the weirdness of the year, few would blink if the Bulldogs get into the barn at 26-4, received the Belmont 2019 treatment and were sent to a play-in game. Of course, 27-3 would mean they’re snipping nets in St. Louis on Sunday and they’d have a week to celebrate an automatic bid. …

A victory over Texas A&M would give Arkansas a 21-5 regular season record and an eight-game winning streak entering the SEC tournament. It would also leave the Razorbacks at 13-4 in the SEC, which would match their most league victories since their 1994 national title season. … North Carolina can save itself some stress by finishing off a sweep of Duke on Saturday.

It may have already been true before Thursday, but it’s now fully clear there aren’t enough games left for Michigan to lose to knock itself off the No. 1 seed line. The Wolverines, Gonzaga and Baylor are all secure there. … What a difference James Bouknight makes for Connecticut, which is 4-1 since its star guard’s return from injury. With no bad losses, a 6-6 mark against the top two quadrants and a 6-3 road record, the Huskies are safely in the field. … Winthrop can claim its 12th Big South title in 23 years with a victory over Campbell on Sunday. The Eagles (22-1) have won their first two league tournament games by an average of 25 points. …

Kansas nearly had the ultimate “failed-to-reload-the-musket” moment Thursday when it trailed Texas-El Paso by 15 in the second half of a hastily arranged nonconference game before rallying for a 67-62 victory. No harm, no foul for the Jayhawks, who were coming off a victory over Baylor. … Villanova moves back to the No. 2 line after its defeat of Creighton, but it is fair to wonder how the committee will treat the Wildcats with Collin Gillespie out for the rest of the season with a knee injury.