Overrule the parliamentarian. Or end the filibuster. Americans need a $15 minimum wage. 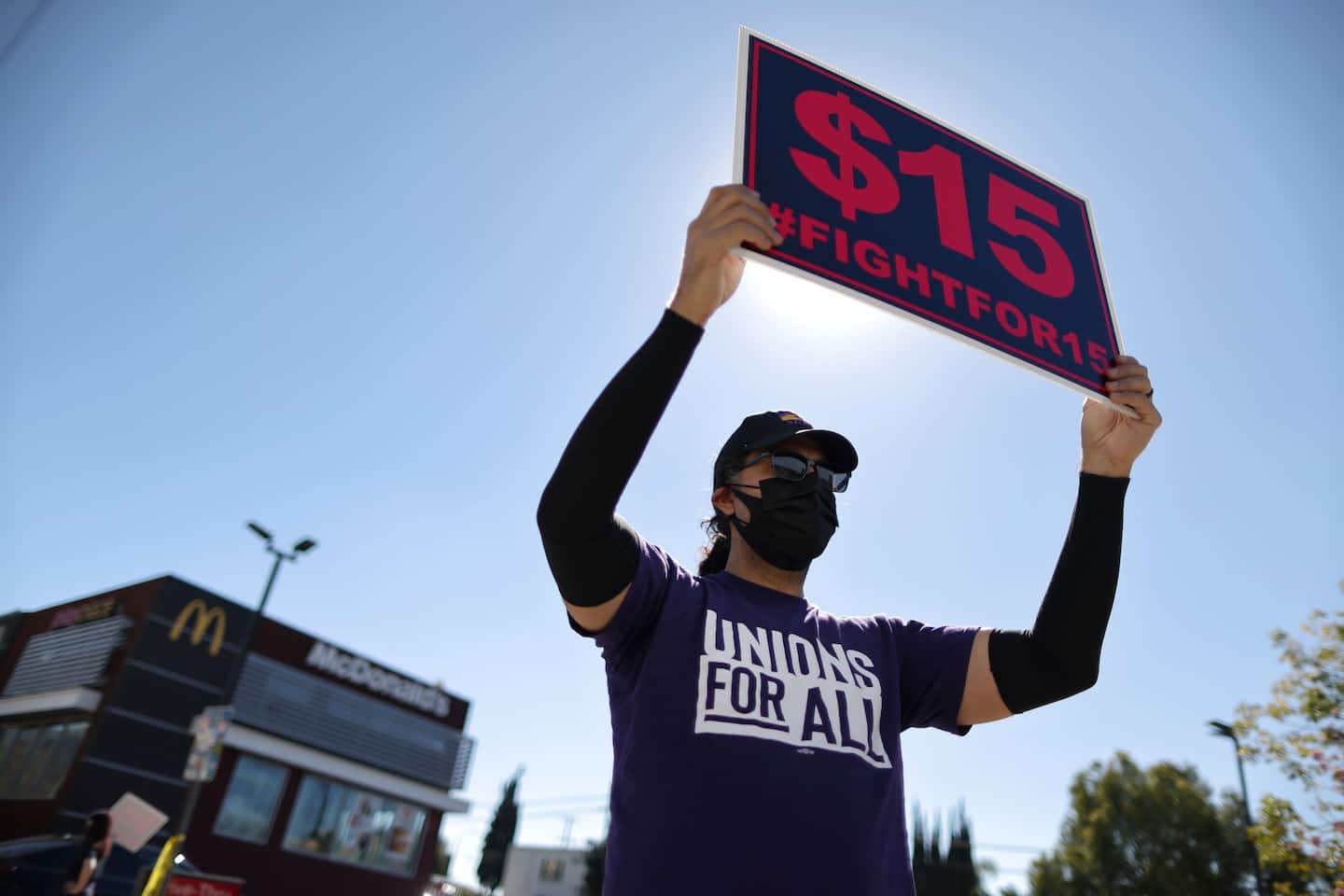 If the parliamentarian is not overruled, we should end the filibuster, an arcane procedural tool that President Barack Obama recently called “a Jim Crow relic.” Another path forward is for the administration to support attaching the provision to the must-pass defense bill and ensure it’s not diluted during conference. Otherwise, we could be stuck with Sen. Mitt Romney’s $10 proposal, which is both grossly inadequate and imposes a costly burden on small businesses to prove they don’t hire undocumented workers. (Ironically, Romney’s bill would push undocumented workers into the shadows and decrease their bargaining ability, further depressing wages.)

As a progressive capitalist, I believe that paying workers a higher wage is pro-growth and pro-business. With higher wages, fewer employees will work multiple jobs to pay the bills. They’ll be less exhausted at work, happier and more productive. Employee retention rates will rise. With additional money in their pockets, Americans will spend and stimulate economic growth. And Americans have more than earned this raise. If the minimum wage kept pace with productivity, those 32 million workers would make $24. Yet, employee wages have stagnated since the 1970s, while the earnings of executives skyrocketed.

Despite the experience of Amazon and others, some argue that increased wages will destroy jobs because businesses won’t be able to afford to pay their workers. The most recent studies show no evidence of this, and the few studies that have found loss of employment often relied on flawed or incomplete methods. Economist Arindrajit Dube of the University of Massachusetts at Amherst finds that even when minimum wages are at 80 percent of the median wage ($19.33 in 2019), there haven’t been negative job impacts. This was confirmed by research from University of California at Berkeley economists Anna Godoey and Michael Reich, who studied minimum wages in states that were raised to 82 percent of the country’s median wage. Finally, this proposal gives businesses five years to adjust to this change. The federal government should provide small businesses tax credits to ensure they can afford paying workers a raise.

Free-marketeers also argue we are interrupting a contract between American workers and a business by forcing this wage floor. But in many cases, monopsonies — where one employer can dominate the labor market — are at play. Workers lose their bargaining power, with few jobs to choose from, plunging their wages below the competitive market price. With the decline of unions, workers’ bargaining power is further undercut, and workers have low-wage jobs.

It’s time to reverse these trends. Nationally, we should pay everyone at least $15 an hour. This is barely enough to scrape by, regardless of your Zip code. I encourage those arguing otherwise to try to afford rent, utilities, food, child care, eldercare, car expenses, health care, school supplies and clothes on $2,400 a month before tax. It’s still not a living wage for many, especially families with children, but it is a huge lift over the terrible status quo. A $15 minimum wage is more than good politics and smart economics. We have a moral obligation to 32 million Americans to act.