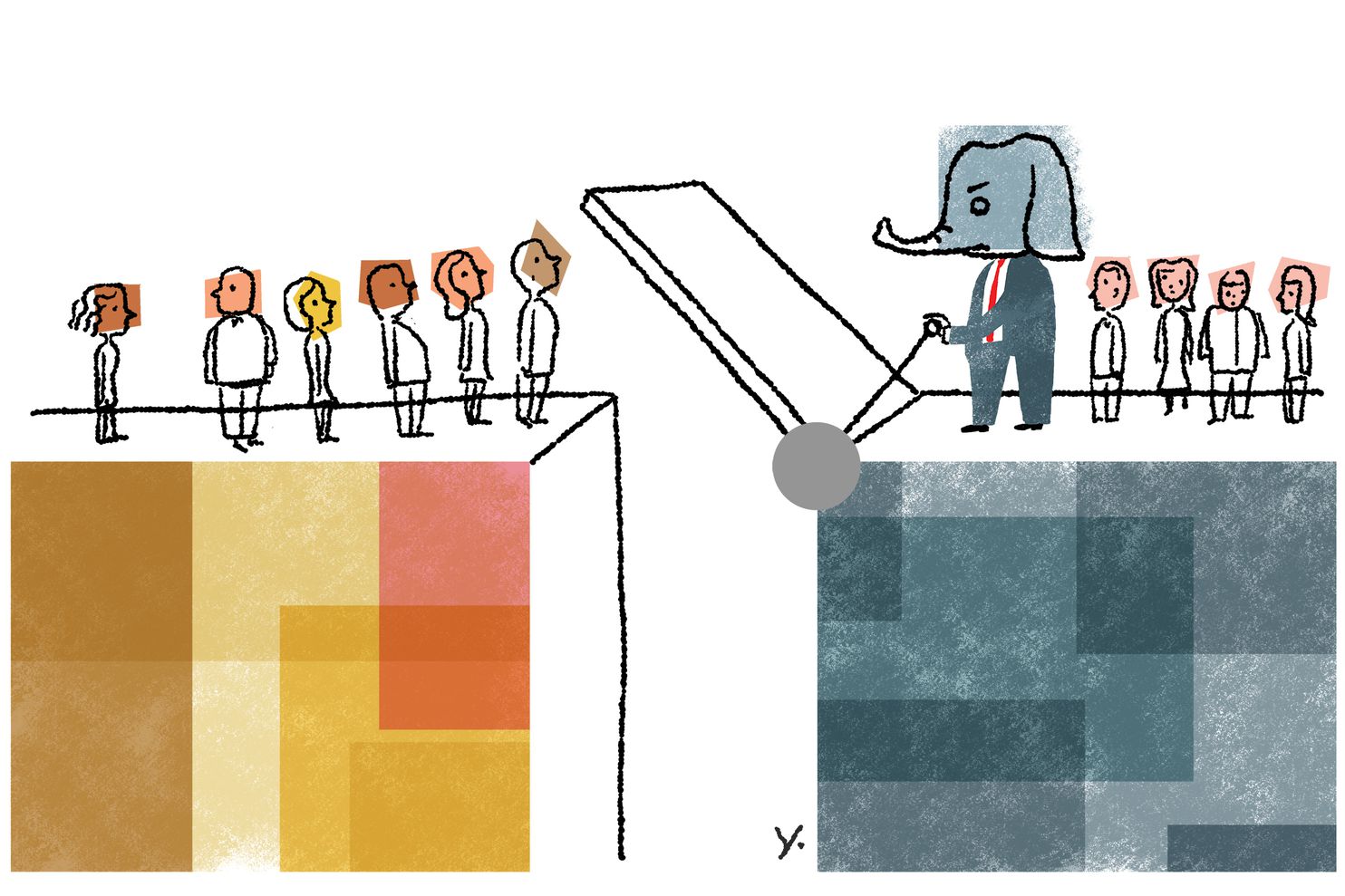 On the conservative Bulwark podcast this week, two admirable never-Trumpers marveled at what has become of the Republican Party since President Donald Trump’s attempt to overturn the election.

“I am a little amazed by the willingness to go just authoritarian, to really go anti-democratic,” Bulwark editor-at-large Bill Kristol said.

Columnist Mona Charen was likewise puzzled. “The attraction of authoritarianism, I don’t know, Bill,” she said. “I’m really at a loss.”

And I’m at a loss to understand their confusion. The Republican Party’s dalliance with authoritarianism can be explained in one word: race.

Trump’s overt racism turned the GOP into, essentially, a white-nationalist party, in which racial animus is the main motivator of Republican votes. But in an increasingly multicultural America, such people don’t form a majority. The only route to power for a white-nationalist party, then, is to become anti-democratic: to keep non-White people from voting and to discredit elections themselves. In short, democracy is working against Republicans — and so Republicans are working against democracy.

You don’t have to study demography to see that race is at the core of the GOP’s tilt toward the authoritarian. You need only look at what happened this week.

On Monday, the Georgia state House passed a bill brazenly attempting to deter Black voters. The bill proposed to scale back Sunday voting — taking direct aim at the longtime “Souls to the Polls” tradition in which Black voters cast their ballots after church on Sundays. The bill also would increase voter I.D. requirements — known to disenfranchise Black voters disproportionately — and even would make it illegal to serve food or drinks to voters waiting in long lines outside polling places; lines are typically longer at minority precincts.

Georgia Republicans clearly are hoping they can suppress enough Black votes to erase the Democrats’ narrow advantage that gave them both of the state’s Senate seats and Joe Biden its electoral votes. But Georgia is just one of the 43 states collectively contemplating 253 bills this year with provisions restricting voting access, according to a tally by the Brennan Center for Justice.

On Tuesday, the Supreme Court’s majority signaled it would be open to more such voting restrictions. In oral arguments, the conservative justices indicated they would uphold two Arizona laws that would have the effect of disproportionately disqualifying the votes of non-White citizens. One law throws out ballots cast in the wrong precinct, a problem that affects minority voters twice as much as White voters because polling places move more frequently in minority neighborhoods. The other law bans the practice of ballot collection — derided by Republicans as ballot “harvesting” — which is disproportionately used by minority voters, in particular Arizona’s Native Americans on reservations.

Representing the Arizona Republican Party in Tuesday’s argument, lawyer Michael A. Carvin explained why the party supports laws tossing out ballots: “Politics is a zero-sum game.”

It was a stark if inadvertent admission that Republicans have abandoned the idea of appealing to new voters.

Then, on Wednesday, House Republicans mounted lockstep opposition to H.R.1, a bill by Democrats attempting to expand voting rights. The bill would, among other things, create automatic voter registration, set minimum standards for early voting and end the practice of partisan gerrymandering.

In the House debate, Minority Leader Kevin McCarthy (R-Calif.), sounding like Trump, made unfounded claims of “voter fraud” and asserted that the law would mean “future voters could be dead or illegal immigrants or maybe even registered two to three times.”

“This,” McCarthy said, “is an unparalleled political power grab.”

So, in the twisted reasoning of this white-nationalist incarnation of the Republican Party, laws that make it easier for all citizens to vote are a power grab by Democrats.

The foundation of a white-nationalist GOP has been building for half a century, since Richard Nixon’s Southern strategy, through Ronald Reagan’s welfare queen and George H.W. Bush’s Willie Horton. But Trump took fear of non-Whites and immigrants to a whole new level.

Researchers have repeatedly documented that racial resentment is the single most important factor motivating Republicans and Republican-leaning voters. They have also shown that White evangelical Christians, a huge part of the GOP base and Trump’s most reliable supporters, are highly motivated by appeals to white supremacy. By contrast, Democratic voters — White and non-White — are primarily driven by their favorable views toward a multiracial America.

President Biden’s victory reveals the obvious political problem with the Republican move toward white nationalism: When voters turn out in large numbers, Democrats win. And the odds will only get worse for Republicans as racial minorities become the majority and the young, overwhelmingly progressive on race, replace the old.

Sign up to receive my columns in your inbox as soon as they’re published.

The Post’s View: Republicans want to sideline minority voters. The Supreme Court could clear the way.

Dana Milbank: Did the Pentagon wait for Trump’s approval before defending the Capitol?

Eugene Robinson: We have a choice between two covid-19 futures. Let’s make the right one.