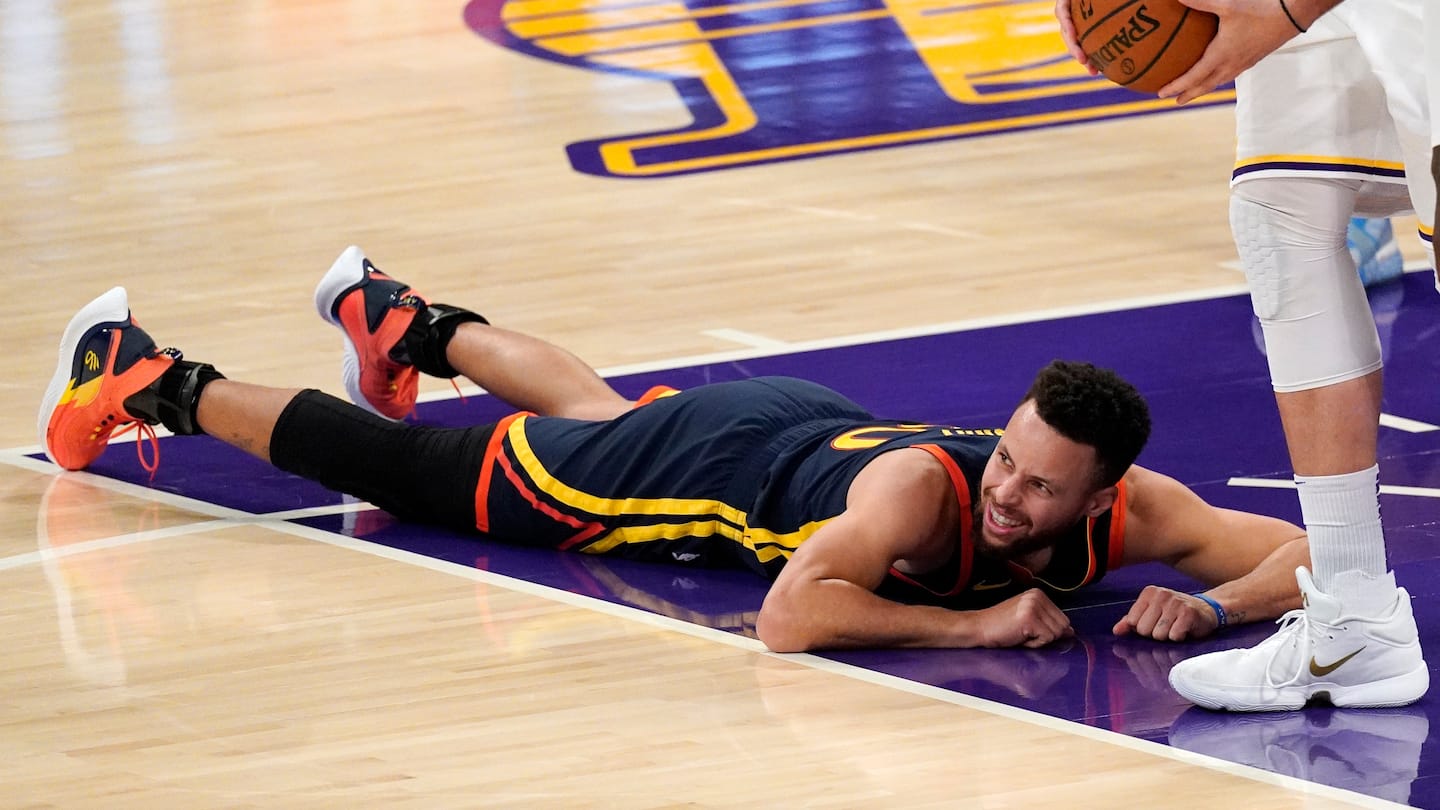 “It’s a business,” the Golden State Warriors superstar told reporters. “And we understand that. We know what we signed up for.”

During the NBA’s socially progressive moments, it’s tempting to crank up the hyperbole and extol its idealism. The league answers the moment quite well. But that makes it more of a chameleon than a sport forever committed to a cause. It always resets to its ultimate goal, which is to make as much money as possible. And that is what this season and all of its conflicts have been about: getting back to business. The business must be preserved, come what may.

The bubble of last summer and fall burst long ago. The athletes aren’t dictating return-to-play terms this time. Social justice is not a central theme this season. While health and safety from covid-19 remain part of the focus, the league did not build a fortress to keep out the coronavirus. Back to real life. Back to cold business. If the transition seems jarring, you may have forgotten what you signed up for.

It shouldn’t excuse Commissioner Adam Silver and the league from scrutiny of their recent decisions. But the reality is that the NBA is moving back toward the center of the fan base and focusing on protecting revenue streams. The All-Star Game, despite the money earmarked for historically Black colleges and universities, is mostly an opportunity to take care of TV partner Turner Sports. The decision to return for a new season just 71 days after Game 6 of the 2020 NBA Finals was about satisfying the TV partners. Silver’s edict to Dallas Mavericks owner Mark Cuban and the rest of the league that “all teams will play the national anthem” was a polarizing attempt to reestablish behavioral norms after a year of protest.

Naturally, there has been friction. Most owners are trying to reassert their control. Players continue to push for more freedom and a stronger voice within their organizations. After everyone came together in the bubble, there’s no unifying force right now, except for the matter of salvaging revenue. So the NBA, like every other league, is desperate to normalize during an abnormal time.

The league is just doing what it knows and hoping to get to daylight. And with the vaccine rollout speeding up, there is reason to believe daylight might arrive in time for a more spirited playoff atmosphere at season’s end.

After the shortest offseason in league history, the NBA has spent the first half of this campaign trudging, sometimes foolishly. The best thing about the season is that it’s half over. This is a strangely triumphant fact, not a criticism. This is verification that the NBA, same as every other weary league, weary business and weary person, has accomplished forward movement, somehow.

Still, fatigue defines the journey. While the season has highlighted an intriguing level of parity, while individual players have continued to wow, the mental and physical strain is noticeable. The results are too all over the place. Blowouts are too abundant.

The product still looks good because offenses are so efficient, but with Los Angeles Lakers forward Anthony Davis injured, there isn’t a proven, dominant team right now. At 27-9, Utah has the NBA’s best record. The Jazz is fun to watch, and it’s statistically impressive (fourth in the league in both offensive and defensive efficiency), and it has multiple all-stars in Rudy Gobert, Donovan Mitchell and Mike Conley Jr. But Utah has yet to make a deep playoff run, and until it does, questions will linger. It would be wonderful if we receive the answers this spring in lively arenas.

For the past year in sports, seasons have not been experienced, not in a familiar sense. They have been simulated. These games have been staged in largely empty venues and made to look nice — or nice enough — for television. The athletic feats remain extraordinary and worthy of awe, but the absence of fans makes it seem as if you’re watching a good practice, not an event.

How will an All-Star Game in this environment look? It’s a minor curiosity, but I’m not sure it’s worth the covid-19 risk to find out. This is why LeBron James initially declared he had “zero energy and zero excitement” about it. But he will be in Atlanta on Sunday, leading Team LeBron. It’s a business. He knows what he signed up for.

The NBA elite figured out a way to prepare for an All-Star Game they could do without: Take off a real game to rest the body for a glorified exhibition. Now that’s some next-level load management.

Several stars and their concerned teams opted to be so cautious — or defiant — this week. If staging a downsized midseason showcase in the middle of a pandemic wasn’t peculiar enough, then taking a nap in passive-aggressive protest certainly enhanced the oddity. The decisions to rest those franchise players — including James, Curry, Luka Doncic and Zion Williamson — were easily justifiable. The whole NBA is tired. It tries to mask fatigue nightly, but you sense the weariness in everything it does.

The trudge continues. The business demands it.