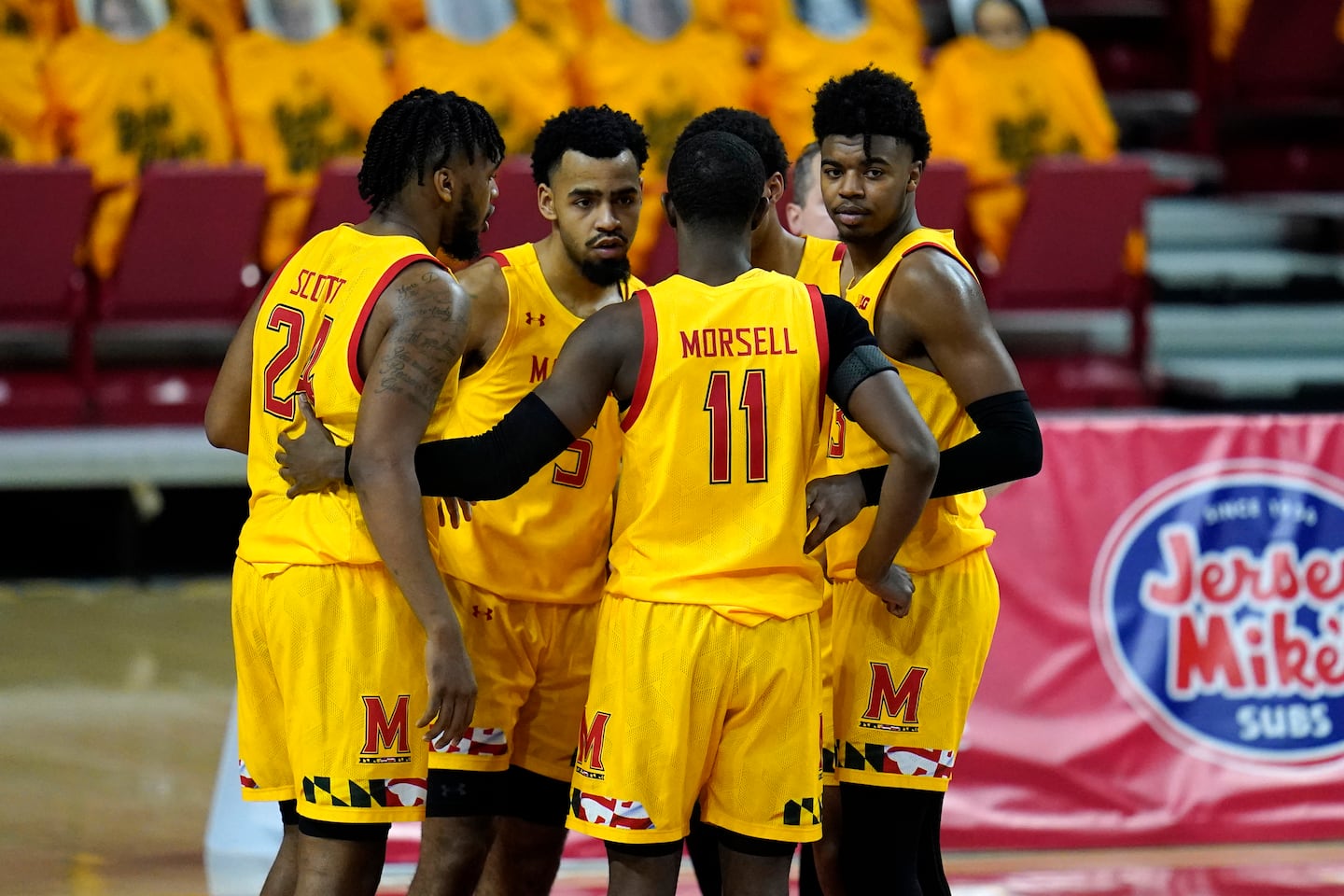 But then the staff started to find the right formula, faster than Coach Mark Turgeon expected. This team, which began the Big Ten slate with only four wins in 13 games, was never expected to compete for a top spot in the conference. But the Terps figured out the way they needed to play to give themselves a chance to win most nights.

“Finally we said, ‘All right, we’re going to go with this group,’ ” Turgeon said. “Every season is different. That’s what makes it great. The challenge is trying to figure it out and do what’s best for that team.”

The Terps clamped down on opponents with their defense. Even though it became obvious Maryland wouldn’t win games with offensive firepower, five capable shooters often worked together in smaller lineups. Consistency followed, albeit against teams in the bottom half of the Big Ten. A five-game winning streak came together. Postseason hopes solidified. But then Maryland regressed.

Wednesday’s deflating 60-55 loss at Northwestern shouldn’t prompt immediate concern about the Terps’ spot in the NCAA tournament, but it will add a bit of pressure to Sunday’s regular season finale against Penn State — possibly the final game at Xfinity Center for seniors Darryl Morsell, Galin Smith and Reese Mona, who are technically allowed to return for another season with the NCAA’s eligibility waiver. On top of those senior day festivities, which will be subdued without fans in the arena, Turgeon and his players also must prove that disappointing outing was an anomaly and the mistakes will not follow them into the postseason.

At Northwestern, Maryland committed 15 turnovers. Turgeon said he thought his team wasn’t “worth a flip from the neck up all game.” Junior guard Aaron Wiggins had a career night with 26 points, and Morsell scored 14, but their teammates didn’t offer much. The Terps closed the game with seven missed field goals, and Turgeon was particularly exasperated by his group’s showing on the other end of the floor. Maryland’s defensive intensity, defined by crisp rotations and energy, powered the team during its strong run. At Northwestern, it rarely surfaced.

“We just weren’t locked in,” Wiggins said. “We’ve got to be consistent on the defensive end because that’s when we’re at our best.”

Before the trip to Northwestern, Turgeon praised his players for how they had developed into a consistent bunch. A solid starting five had emerged. Bench players showed progress and offered valuable minutes. But after the loss, Turgeon said, “We got back to our inconsistencies when we weren’t a very good team.”

And so now the Terps must return to their late February form as the season inches toward its most critical games. Maryland already has a formula to which Turgeon seems to be committed. He has started the same lineup — a four-guard look with 6-foot-7 Donta Scott as the only forward on the floor — in the past six games.

Sophomore guard Hakim Hart had shuffled in and out of the starting group earlier in the season, but he has excelled lately, taking over part-time point guard duties while also hitting critical shots. Hart played 35 minutes in a win against Michigan State last weekend, and Turgeon said the sophomore is “twice the player now than he was when he was playing in December.” Hart, who played sparingly as a freshman, exemplifies why this team needed time to develop, particularly with limited practice time during the summer and fall because of the pandemic. Players had to grow into their new roles.

Forwards Jairus Hamilton and Smith, who both transferred to Maryland before this season, come off the bench and have improved during the season. Hamilton scored a combined 28 points in Maryland’s games against Nebraska on back-to-back nights last month.

Finding the eighth member of the rotation took longer. Earlier in the conference slate, a crew of underclassmen played sporadic minutes, but none emerged as an obvious solution ready for Big Ten competition. Since Maryland played at Minnesota on Jan. 23, sophomore center Chol Marial, freshman forward James Graham III and freshman guard Marcus Dockery have hardly appeared in games. Aquan Smart, a freshman guard, has played a bit more regularly but still doesn’t have a spot in the rotation.

Turgeon instead placed his trust in Mona, a former walk-on who’s reliable and rarely makes mistakes. Mona is not much of an offensive threat, but he moves the ball and defends well. When asked recently about Mona taking that eighth-man role, Turgeon said: “We feel great about it. We really do.”

The Terps settled into that rotation, still placing a large share of the burden on their top players. Turgeon credited the recent surge, in part, to more of his players performing at a high level on a regular basis.

“We kind of found who we are, and we’ve seen success recently,” Morsell said when his team was riding the five-game winning streak.

Then Maryland faced a steep decline at Northwestern, where only two Terps played well and the others offered lackluster contributions. The Terps haven’t forgotten what worked for them during the streak, but their next game is a test of just how quickly they can recapture that form.