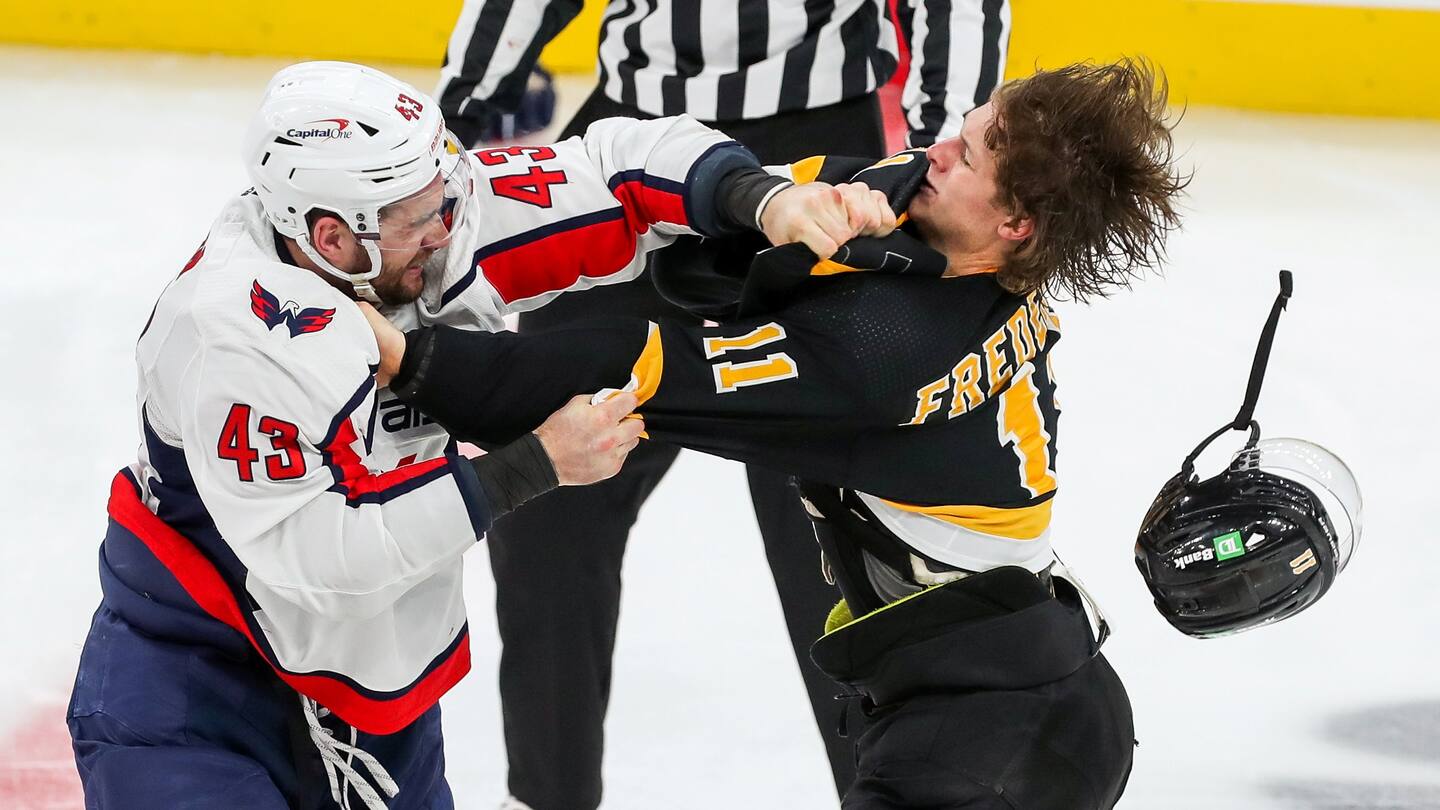 Wilson can appeal within 48 hours to NHL Commissioner Gary Bettman. He also has the right to appeal to an independent arbitrator (after the appeal to Bettman) because the suspension was for at least six games.

If he misses seven games, Wilson will forfeit $311,781.61 of his salary; that money is sent to the NHL’s Players’ Emergency Assistance Fund. He would be eligible to return March 20 against the New York Rangers.

Carlo was taken to a hospital Friday night and was released Saturday, the Bruins said.

The play occurred with 1:30 left in the first period of Boston’s 5-1 win. Carlo was looking down for the puck by the end boards, and Wilson came barreling in. He laid a full body check on Carlo that slammed the defenseman’s head into the glass. Carlo crumpled to the ice and left with help from a trainer and a team doctor. On-ice officials did not call a penalty on the play.

The Capitals play Sunday night at the Philadelphia Flyers. Capitals Coach Peter Laviolette had said earlier in the day that the team was “hopeful” Wilson would be available for the game.

“To me, it was a hockey hit,” Laviolette said. “If this is a suspendable play, then all hitting really is going to probably have to be removed because he didn’t take any strides, he didn’t target the head. A player was up against the boards, he was upright, and Tom hit him hard.

“I hope the player’s okay, but, for me, the call I think was correct on the ice last night. This hit happens so many times through the course of the game where somebody hits somebody against the boards.”

Boarding is defined as a player checking or pushing a “defenseless opponent in such a manner that causes the opponent to hit or impact the boards violently or dangerously.”

In the league’s video explanation for the suspension, it stated: “Wilson approaches from outside [Carlo’s] field of vision and delivers a high, hard hit that makes direct contact with Carlo’s head, driving him violently into the glass and causing an injury. This is boarding. … Carlo’s battle with [Capitals winger Jakub] Vrana, his head being low as he looks for the puck and Wilson’s angle of approach combined to leave Carlo in a position where he is defenseless.

“While there are aspects of this hit that may skirt the line between suspendable and not suspendable, it is the totality of the circumstances that caused this play to merit supplemental discipline,” the league added. “What separates this hit from others is the direct and significant contact to a defenseless player’s face and head, causing a violent impact with the glass. This is a player with a substantial disciplinary record taking advantage of an opponent who was in a defenseless position and doing so with significant force.”

“Clearly looked like, to me, [he] got him right in the head, defenseless player, predatory hit from a player that’s done that before,” Cassidy said.

Bruins winger Brad Marchand called it a “bulls— hit” and a “f—ing cheap shot” on the Boston broadcast of Friday’s game. The teams do not meet again until April 8 in Washington.

Bruins captain Patrice Bergeron said improving the safety of the game has to start with the players and, while progress been made, there’s more to be done.

“I think we have to be smarter,” he said. “We have to think about consequences when we go for hits.”

The previous time Wilson was suspended was for a preseason hit against St. Louis forward Oskar Sundqvist on Sept. 30, 2018. Wilson’s shoulder collided with Sundqvist’s head at center ice, and he was handed a 20-game suspension. After his initial ban was upheld by Bettman in an appeal hearing, it was reduced to 14 games through a neutral arbitrator.

At the time, Bettman wrote in his ruling, “I hope that this decision will serve as an appropriate ‘wake-up call’ to Mr. Wilson, causing him to reevaluate and make positive changes to his game.”

The hit on Sundqvist was the second time Wilson was suspended for a head shot. The first came a few months earlier, on May 1, 2018, when he was suspended for three playoff games after an illegal check to the head of Pittsburgh Penguins forward Zach Aston-Reese. Sundqvist and Aston-Reese suffered concussions on the hits.

An earlier version of this story said Wilson’s hearing was held over Zoom because of the coronavirus pandemic.