An error in the federal relief plan shuts out new restaurants, but a fix is in the works 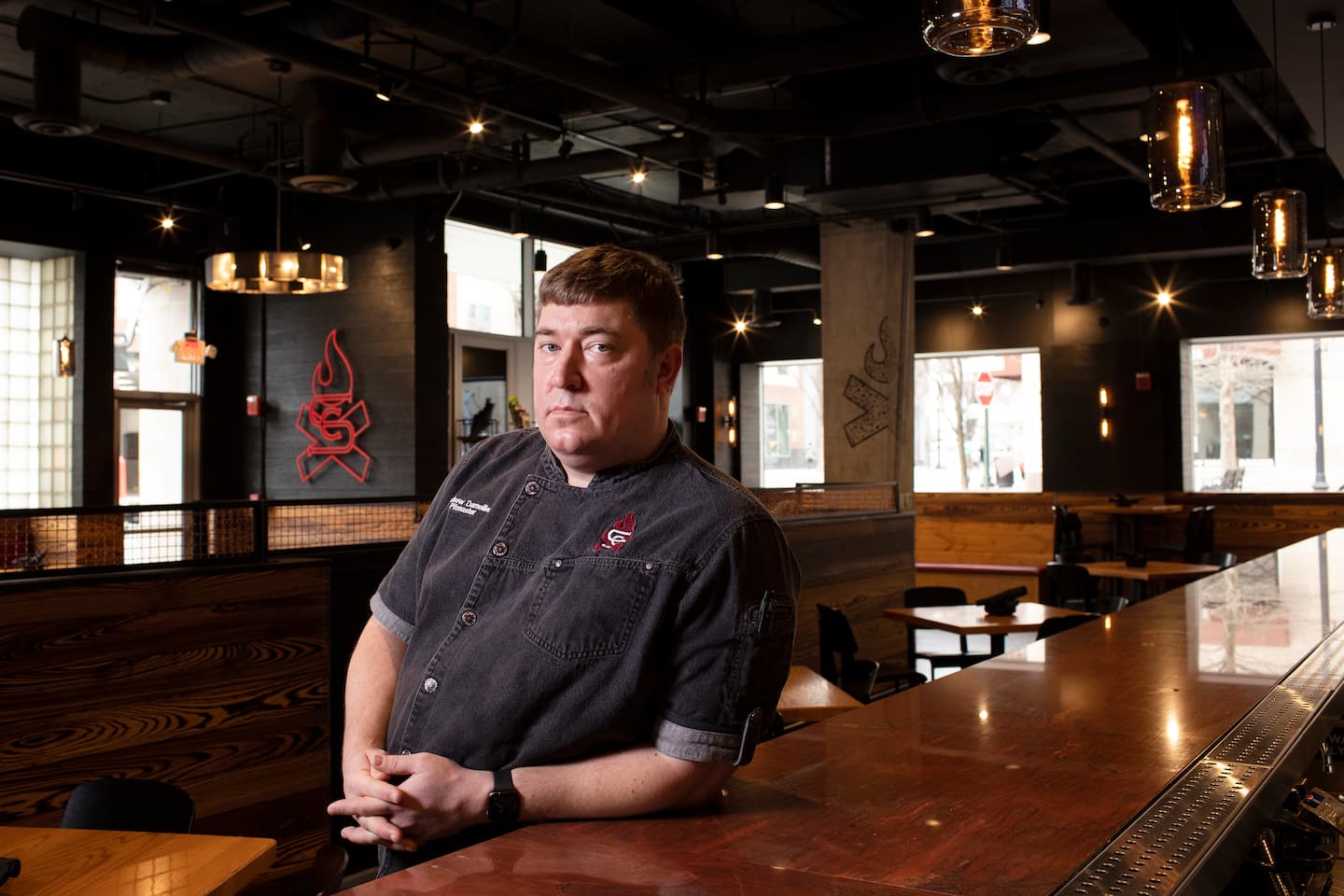 It was the same song, different verse, for Darneille. He didn’t get any money from the latest round of the Paycheck Protection Program, either. The reason was basically the same: Smokecraft was too new. Because his full-service barbecue restaurant opened in July, it either didn’t qualify for a PPP loan or had to follow different grant calculations from those for older, more established restaurants.

Either way, Darneille is apparently empty-handed, at a time when he and his family have been pumping tens of thousands of dollars into Smokecraft to keep it afloat during the pandemic, which has closed an estimated 110,000 restaurants across the nation.

“When I got that email … my heart sank. I just said, ‘You’re joking?’” Darneille said in an interview. He called Stephanie O’Rourk, his CPA, and asked whether he was reading the document right: Smokecraft wouldn’t get any money from the revitalization fund, a targeted relief program that the restaurant industry had been lobbying Congress for over the past 12 months?

The fund, according to its architects, was designed to help any independent operator who owned 20 or fewer restaurants, including those who had opened during the pandemic. Rep. Earl Blumenauer (D-Ore.), who introduced the Restaurants Act that served as a blueprint for the fund, specifically included language to provide relief to new restaurants such as Smokecraft.

“The goal of this legislation was always to provide full relief to newly opened restaurants,” Blumenauer said in a statement to The Washington Post. “We’ve communicated this to the SBA Administrator, who has discretion to run the restaurant revitalization program consistent with Congressional intent.”

Speed is of the essence. The $28.6 billion revitalization fund could go live as soon as early April, according to testimony during a Senate Small Business Committee hearing this month. The SBA will administer the fund, which will prioritize restaurants and bars owned by women, veterans and minorities during the first 21 days of the grantmaking process. Senate Majority Leader Charles E. Schumer (D-N.Y.) told the Eater’s Digest podcast this month that Congress will renew the fund if it is depleted before the pandemic is over.

If the SBA doesn’t fix the formula, however, it could mean no federal relief money for hundreds, or maybe thousands, of restaurants and bars. According to data collected by Yelp, several thousand restaurants and food establishments have opened monthly since March 2020, when the coronavirus first led to government-ordered shutdowns, shorter operating hours and limited seating capacities.

O’Rourk, the certified public accountant for Smokecraft, handles many restaurant accounts as head of the National Hospitality Emerging Concepts and Operational and Financial Consulting divisions at CohnReznick in Atlanta. She said that if the SBA follows the current funding formula, new restaurants “are going to get little to absolutely nothing, because your payroll costs should not exceed your revenue.”

Typically, payroll costs are about 30 to 35 percent of total expenses, though O’Rourk says restaurants have had “to be smarter and more efficient” during the pandemic, operating with fewer employees, which could drop payroll costs below 30 percent of overhead. That would all but guarantee new restaurants wouldn’t qualify for a grant under the current formula.

Programs such as the revitalization fund “are really looking to fund mainstream America, the small guys and gals who do not have access to other sources of capital, and this grant is the only way they’re going to make it through the next six to nine to 12 months,” O’Rourk said.

From lawmaker to lobbyist to accountant, all acknowledge that Congress’s intent was different from what was actually written into American Rescue Plan Act, which President Biden signed in March. Several say the problem is basically an error in drafting the legislative text for the act, which runs hundreds of pages.

“That’s the problem when you do legislation so quickly,” O’Rourk said. “Sometimes the words don’t represent the intent, and I’m assuming, in this case, that is what happened.”

After days of saying nothing over the apparent mistake, the SBA acknowledged it in a voice mail to The Post late Friday. “I can confirm that the SBA is aware of the problem in the formula, and we will be addressing that error in the statute,” said Shannon Giles, a spokeswoman for the agency.

When told about the forthcoming changes in the funding formula, Darneille was grateful that a grant potentially could cover losses totaling around $150,000. But he noted that his relief money would still pale in comparison to those of established independent restaurants, which could get millions of dollars in federal cash based on the differences between their 2019 and 2020 gross revenue (minus any PPP loans they received). Revitalization grants are capped at $10 million per restaurant group and $5 million per individual restaurant.

“I think the problem here is fundamentally that we haven’t been able to operate at more than, in our case, about 50 percent capacity,” Darneille said. “My revenue in 2020 was easily half of what we expected it to be, if not worse.”

O’Rourk said it would be difficult for new independent restaurants to determine their potential gross revenue without having another, older operation to provide financial data. A new restaurant could possibly determine its potential revenue based on check averages, the ideal number of table turns per evening and delivery projections. But that, she added, “is a harder exercise” for both restaurant and government agency.