The NCAA, under fire over amateurism, takes its fight to the Supreme Court 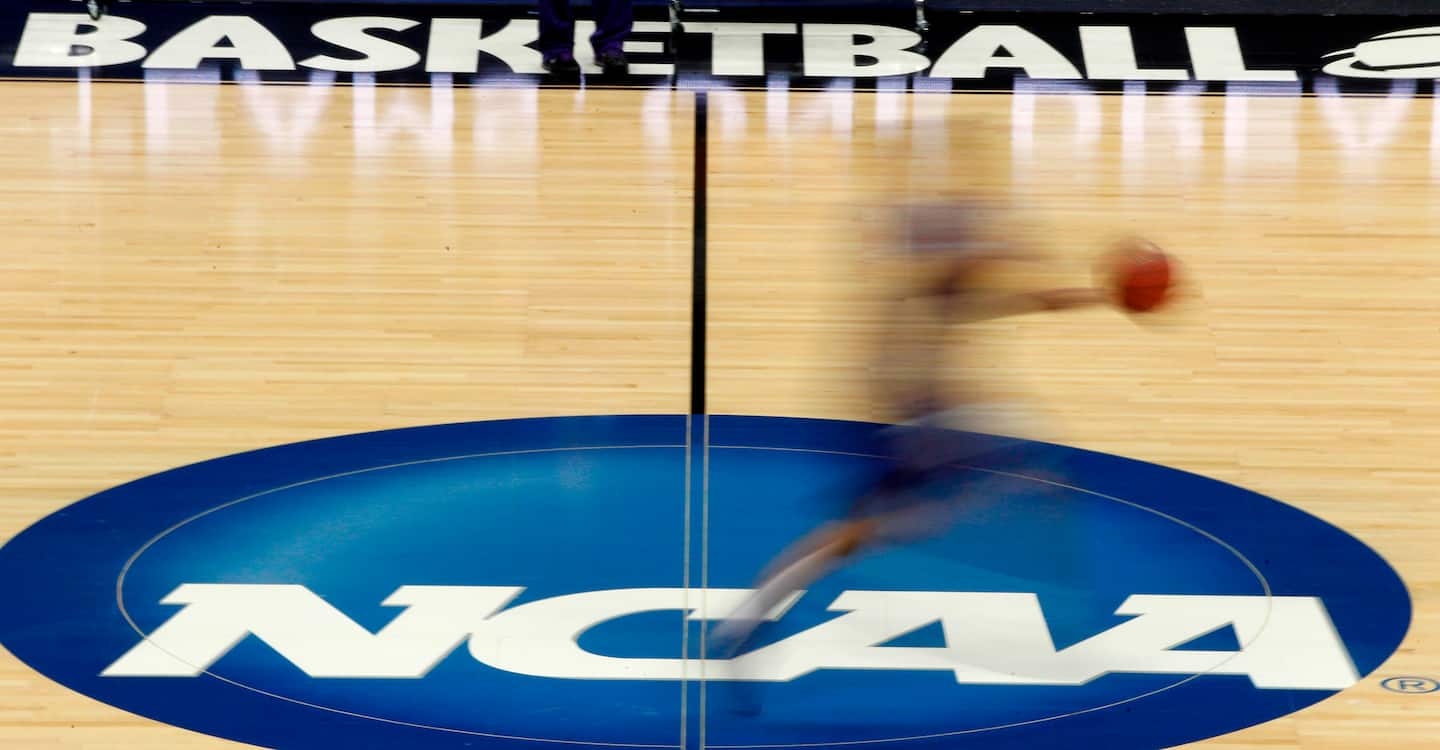 The court will hear arguments in NCAA v. Alston, a long-running antitrust case that’s poised to bolster or possibly abolish the legal claim that the organization has for years relied on to defend its authority and restrict players from receiving compensation. The justices will convene via teleconference to consider a lower-court ruling that would allow colleges to offer academic-related perks to Division I football and basketball players, including scholarships for graduate degrees, paid postgraduate internships and computers and other types of equipment related to education.

The NCAA lost its last major showdown at the Supreme Court nearly 40 years ago: NCAA v. Board of Regents of the University of Oklahoma. But it came away from that case with a valuable concession that the NCAA was unlike other businesses and “needs ample latitude” to maintain “a revered tradition of amateurism in college sports.”

That Supreme Court opinion has served as the NCAA’s trump card for years in batting down legal challenges, and it was mentioned 66 times in the NCAA’s recent 62-page brief and another 22 times in its follow-up brief. Lawyers representing the NCAA say Board of Regents makes clear that the court has already bestowed on the NCAA the ability to determine who’s eligible to play college sports. Those representing the players will argue the citation is overstated, misused and not applicable.

“Board of Regents had nothing to do with the athletes,” said attorney Michael Hausfeld, who battled the NCAA in the seminal O’Bannon v. NCAA case, which found the NCAA had violated federal antitrust laws and sparked further legal challenges. “Why they keep talking about that is beyond me.”

NCAA v. Alston was originally filed in March 2014 by former West Virginia running back Shawne Alston and former University of California center Justine Hartman, representing a class of former men’s and women’s college athletes. It’s not directly related to the debate surrounding name, image and likeness (NIL) compensation that’s taking place in Congress and state capitals across the country, nor will it open the floodgates for athletes to start receiving uncapped payment for their on-field exploits.

While the NCAA has recently expressed a willingness to allow athletes to enter into endorsement deals and profit off their name, image and likeness, the organization says the benefits that U.S. District Judge Claudia Wilken granted in the Alston case are a step too far — and that the NCAA should be able to enforce its own rules without interference from the courts. In its filing, the NCAA warns that “post-eligibility internships that pay unlimited amounts in cash and can be used for recruiting or retention … will vitiate the distinction between college and professional sports.”

If the lower court ruling is upheld, schools could begin offering incentives to prospective athletes, and the NCAA would be unable to enforce a key part of its rule book.

“We know what’s going to happen if, in fact, Alston is upheld,” said Len Elmore, the former Maryland basketball star who serves as co-chair of the Knight Commission on Intercollegiate Athletics, an independent body focused on reform in college sports. “It will open the door in some way, shape or form to pay-for-play and some of the reforms that some people have been pushing for.”

The slippery slope argument is surely a big reason the NCAA asked the Supreme Court to hear the case, but its motives are even more nuanced. The NCAA’s amateurism model is under attack, and the Alston case will probably do one of two things: It can solidify the NCAA’s standing, eliminating ambiguity left by the Board of Regents opinion, and make clear the organization — not the courts — will settle future eligibility questions. Or the justices can clarify key antitrust issues and create avenues for athletes to receive extra benefits and some education-related compensation.

Which path the justices take could go a long way in determining the future of amateurism in college sports.

Roots in a loss

The Board of Regents decision that the NCAA leans on so heavily came in a case the organization lost.

In the early 1980s, the NCAA controlled television rights for college football games. Its member schools, wanting their share of the associated revenue, sued. The case reached the Supreme Court, where justices said the NCAA’s handling of broadcast contracts violated federal antitrust laws. The decision paved the way for schools and conferences to negotiate their own lucrative TV deals.

But as part of their opinion on broadcast rights, the justices wrote the NCAA needs “ample latitude” to maintain the amateur nature of college sports. And for years U.S. district and appellate courts leaned on that verbiage to affirm the NCAA’s authority.

In recent years, though, as the debate around athletes’ rights has intensified, the Alston lawyers have said the Board of Regents opinion isn’t relevant to the present-day argument. They say the 1984 statement about amateurism amounted to “dicta” in the justices’ opinion — comments made in passing but not central to the ruling.

“The big divide in this case is how much do we make of those two pages of dicta in that old case?” said Michael Carrier, a Rutgers law school professor who specializes in antitrust matters and filed an amicus brief to the court on behalf of a group of law, business, economics and sports management professors supporting the lower court’s decision. “I think that that’s clearly not what the case was about.”

Patrick Bradford, a New York-based antitrust attorney, said the NCAA and the conferences applied undue weight in their filings to the amateurism comments from the Board of Regents opinion in an effort to inflate its standing.

“No real antitrust lawyer thinks that this court or any court is going to be bound by those descriptives,” said Bradford, who filed an amicus brief to the Supreme Court on behalf of a group of Black antitrust lawyers also supporting the lower court’s decision. Bradford said the NCAA is trying to “shoehorn” the court’s 1984 support for amateurism into this case.

But at least four other appellate courts have felt compelled by the Board of Regents opinion and leaned on it in siding with the NCAA over the years. As the Supreme Court considers the Alston case, it’s not necessarily bound by any part of the 1984 opinion.

“The Supreme Court is now going to say, ‘Here’s what everything means today,’ ” said Matt Mitten, a law professor at Marquette University and executive director of the National Sports Law Institute. “That’s the question: How does the court think antitrust law should be applied today?”

Antitrust attorneys say it’s not clear why the justices decided to hear this case. It’s possible they feel a need to say something meaningful about amateurism. It’s possible the Alston case is simply the vehicle to examine broader antitrust issues.

The Department of Justice has decided to support the players, and acting solicitor general Elizabeth B. Prelogar will be arguing the government’s position before the court Wednesday. The NCAA insists that the Board of Regents ruling entitles it to an abbreviated review, a “quick look” that would essentially empower the NCAA while precluding the courts from handling eligibility matters. The federal government, in its brief, said the lower courts applied the appropriate principles in siding with Alston, using a more detailed “rule of reason” standard that gives judges discretion.

“The NCAA wants the Supreme Court to rule that, going forward, any rules that it makes related to amateurism basically get immunity, complete deference so that courts can’t review the judgment of the NCAA,” Bradford said. “That’s what they really want.”

The impact of ‘pay-for-play’

The justices will hear the case just days before the Final Four takes place in Indianapolis, the culmination of the annual men’s basketball tournament, which is the NCAA’s biggest moneymaker. The event generates more than $800 million for the organization, accounting for more than 70 percent of the NCAA’s annual revenue.

The nine-figure returns underscore how much the economic landscape has changed since the Board of Regents case, as money has flowed into the NCAA, conferences, schools and coaches’ bank accounts while athletes still receive little more than cost-of-attendance scholarships. The NCAA says there’s a fine line between amateur and professional sports and that its product is diminished and less popular among fans if athletes are compensated.

“Once you start letting athletes get more than a full cost of attendance — and the only reason they’re getting these things is because they’re athletes — it really starts looking like pay-for-play,” Mitten said, “and they start looking more like minor league athletes.”

The NCAA, in its briefs, says the lower courts have “improperly redefined amateurism.” The organization argues that Wilken, who presided over both the Alston and O’Bannon cases, has “adopted an alternative tailored to her newly invented conception of amateurism, a conception that has no basis in reality.”

While some feel the NCAA might have appealed at this time because it hopes a pro-business court might be amenable to its position, others say the NCAA needed to stem the tide of legal challenges and shore up its authority.

“They need to put an end to this one way or another,” said Jodi Balsam, a former NFL attorney and associate professor at Brooklyn Law School who signed an amicus brief in the Alston case on behalf of antitrust and sports law professors in support of the NCAA’s argument. “They need to end the uncertainty, the expense and the distraction of repeated antitrust litigation.”

Appealing to the Supreme Court, though, amounted to a major gamble by the NCAA, Balsam said. The NCAA runs the risk of seeing its mostly reliable Board of Regents opinion rendered moot and eclipsed by an updated ruling, weakening its standing in future challenges.

Whatever the Supreme Court decides, it won’t end the debate on paying college athletes as much as it will provide some legal guidance as state and federal governments continue to wrestle with a legal framework. As Elmore said, “Alston is not going to resolve all of the complicated issues in big-time college sports.”

Robert Barnes contributed to this report.