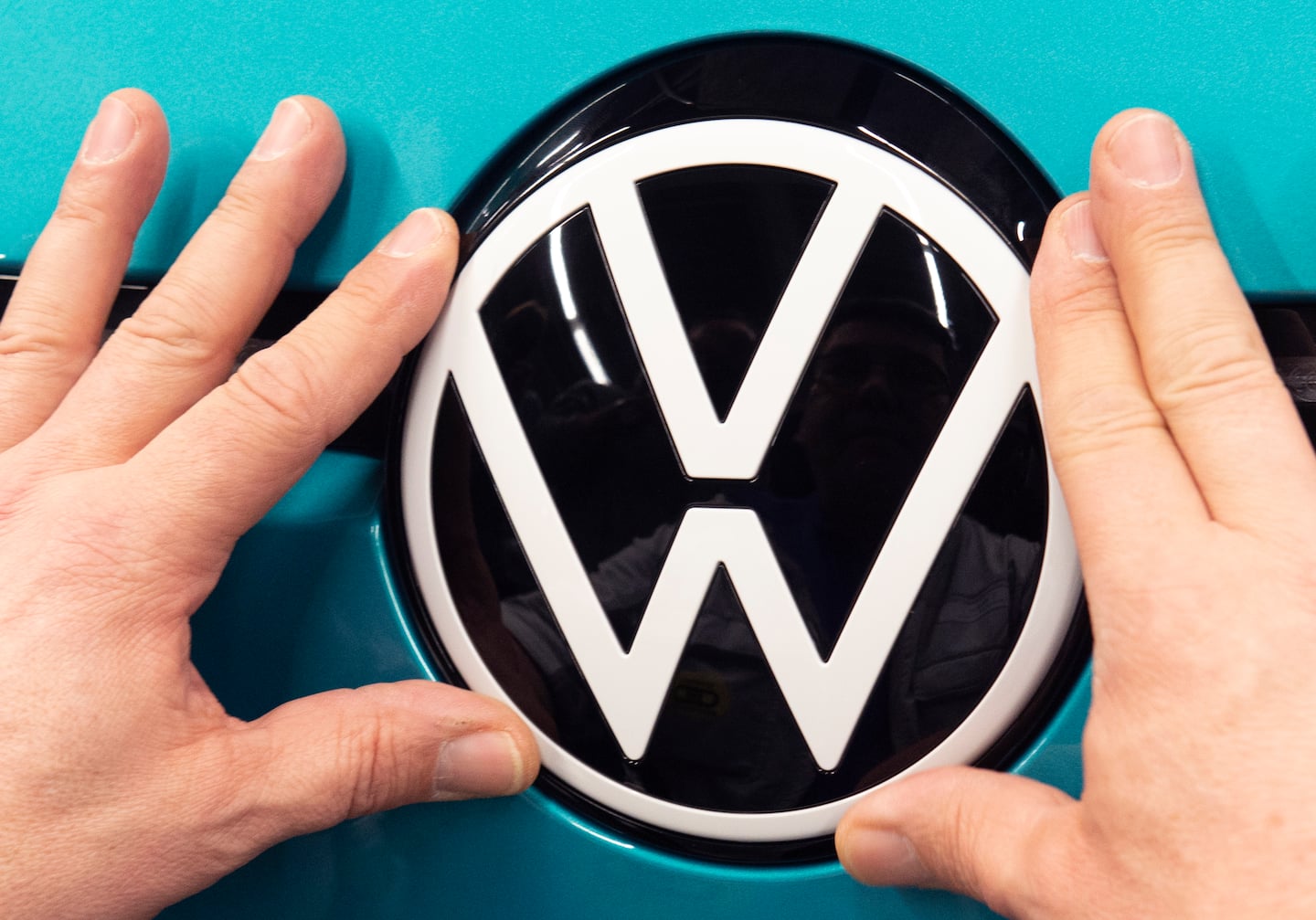 The transition will take place over the next few months “at all consumer touch points,” said Kimberley Gardiner, senior vice president of brand marketing for Voltswagen of America, in a statement. “This is an exciting moment for us, and we have been working through every avenue to make the transition clear, consistent, seamless and fun for all.”

On Monday, an incomplete version of the rebrand announcement was accidentally posted on VW’s website, then disappeared, prompting social media speculation on whether the name change was simply an April Fools’ Day prank. But VW confirmed the switch-over in a Tuesday statement, noting that “Volts are the derived units for electric potential between two points” and saying that the new name and branding “symbolize the highly-charged forward momentum Voltswagen has put in motion, pursuing a goal of moving all people point-to-point with EVs.”

By 2030, Volkswagen expects electric vehicles to make up 70 percent of its European sales and roughly half of its sales in the United States and China, according to CNBC.

To preserve the brand’s heritage, the automaker will keep using its classic, dark blue VW logo for gas-powered vehicles and use light blue for electric ones, which will also bear a “Voltswagen” exterior badge.

“We might be changing out our K for a T, but what we aren’t changing is this brand’s commitment to making best-in-class vehicles for drivers and people everywhere,” Scott Keogh, president and chief executive of Voltswagen of America, said in a statement. “The idea of a ‘people’s car’ is the very fabric of our being. We have said, from the beginning of our shift to an electric future, that we will build EVs for the millions, not just millionaires. This name change signifies a nod to our past as the peoples’ car and our firm belief that our future is in being the peoples’ electric car.”

The Biden administration has created significant tail winds for the growing electric-vehicle industry. In January, President Biden signed an executive order that included plans to make the nation’s federal vehicle fleet entirely electric and install hundreds of thousands of charging stations across the country.

Other auto giants are also doubling down on EVs. In January, General Motors pledged to stop making gasoline-powered passenger cars, vans and SUVs by 2035. Jaguar announced in February that it would go all electric by 2025, and earlier this month Volvo said it would phase out vehicles with internal-combustion engines by 2030.

“A golden age of EV is on the horizon,” Dan Ives, managing director of equity research at Wedbush Securities, wrote in a February research note.

Though the rebranding emphasizes Volkswagen’s focus on greener cars, the auto giant was at the center of a massive emissions scandal. In September 2015, the U.S. Environmental Protection Agency discovered Volkswagen had rigged millions of diesel cars with cheat devices that allowed them to test as low-emission, when in fact their output was 40 times the legal U.S. limit.

In June 2016, Volkswagen paid $14.7 billion to settle shareholder claims tied to the scandal, in one of the biggest class-action settlements in U.S. history. In January 2017, Volkswagen paid $4.3 billion in criminal and civil fines after pleading guilty in a case brought by the U.S. Justice Department. The scandal has cost the German auto giant more than 31 billion euros (more than $34.6 billion) in fines and settlements, executives have said.

“The refresh is important to get consumers thinking more about Volkswagen as a sustainable company pushing the boundaries in electric vehicles — an area where there is a lot of growth potential,” Neil Saunders, managing director of Global Data Retail in New York, said in an email to The Washington Post. “There is probably also a recognition that the emissions scandal lingers around the Volkswagen brand and this move will help try to dissipate it.”

Headquartered in Herndon, Va., Voltswagen of America is a subsidiary of Volkswagen AG, Europe’s biggest automaker. It first captured the fascination of American consumers with the Beetle, which later eclipsed the Ford Model T as the world’s best-selling car. The parent company’s name translates to “the people’s car.”