Republicans may be drawing the Trump/White-working-class arrow backwards 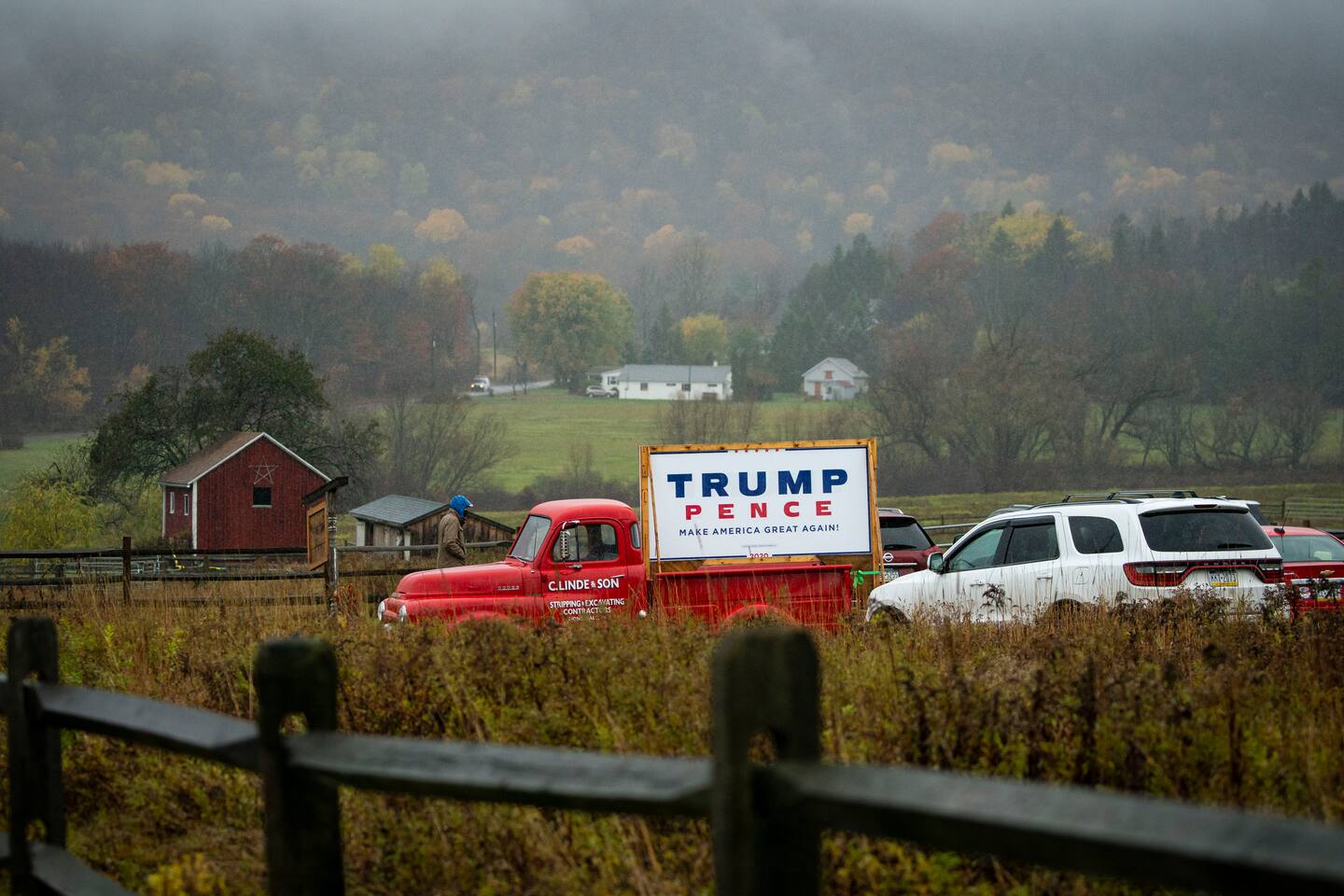 Banks offers a number of bits of data to bolster his assertion that the working class had embraced the party. For example, he noted the number of people holding blue-collar jobs who donated to either Trump or President Biden last year. Mechanics, for example, were four times as likely to give to Trump as to Biden. There are a lot of caveats that should be applied to such numbers, including (as we explored when looking last month at donations from police officers) the massive expansion in 2020 of reported individual giving from Republicans.

He’s on firmer ground when looking at polling from NBC News that explored the question directly. Since 2010, the NBC polling released in February found, there had been a net shift among blue-collar workers away from the Democrats of 20 points. The poll further broke down the change by race, with Whites, Blacks and Hispanics all becoming more likely to identify as Republican over that period.

Here, though, things get a little weird. In 2020, the percentage of blue-collar members of each racial group matched the overall Republican vote in House races (as measured by exit polls) almost perfectly. In 2010 and 2016, there had been a significant gap.

Maybe that difference reveals something funny with the data, particularly because we’re comparing apples to oranges a bit on our data sets. The NBC News data alone, though, doesn’t suggest that Trump himself was the trigger for the shift among blue-collar Americans; after all, he was running in 2016, too. Instead, it would suggest that something about Trump’s presidency made the difference.

In presidential exit polling, Trump didn’t actually do much better with Whites without a college degree — a generally used proxy for “working class,” however accurately — in 2020 than he did in 2016. In 2016, that group voted about 40 points more Republican than the national vote. In 2020, the margin was the same.

What’s important to note with that graph, though, is that the trend of more Republican support was underway well before Trump. Until 2000 or so, Whites with and without college degrees backed Republican presidential candidates by about the same margin relative to the country overall. From 2000, that support diverged, with working-class White support for Republicans increasing more quickly. By 2012, there was a gap of more than 10 points between the groups.

Then came Trump in 2016, and Whites with college degrees became less Republican relative to the country overall than they had been. Whites without degrees continued to shift to the right.

These are presidential exit polls, which should generally not be seen as precise measures of the electorate, particularly for relatively small populations of voters. But the pattern matches what Gallup has seen in its party identification data over the past several decades.

In 2006, Whites with and without college degrees were more likely to identify as Democrats than Republicans. For a few years after that, both groups became more Republican. But in about 2012, Whites with college degrees shifted back to the left as those without shifted to the right. The two groups used to move in concert. By 2019, though, there was a massive gap between them in party identification.

What these numbers suggest quite clearly is that this trend of working-class Whites to embrace the Republican Party was underway well before Trump. (The data for non-White blue-collar workers doesn’t show a similar shift.) The implication, then, isn’t that Trump handed the GOP a gift but, instead, that he is the one who figured out how to unwrap the gift that was already sitting there.

The difference here is important mostly for rhetorical reasons. It’s probably true that the GOP would benefit from a policy platform specifically targeting an expansion of its working-class support. Banks offers some suggestions to do so, though those are mostly existing policies reframed in a working-class-friendly context. By positioning this change as necessarily a function of Trump, however, Banks is giving the controversial former president credit for something that existed before he entered the political realm. Banks outlines a path to possibly increasing Republican support — but predicates it on an unpopular president who never won a majority of the vote.

He doesn’t need to.