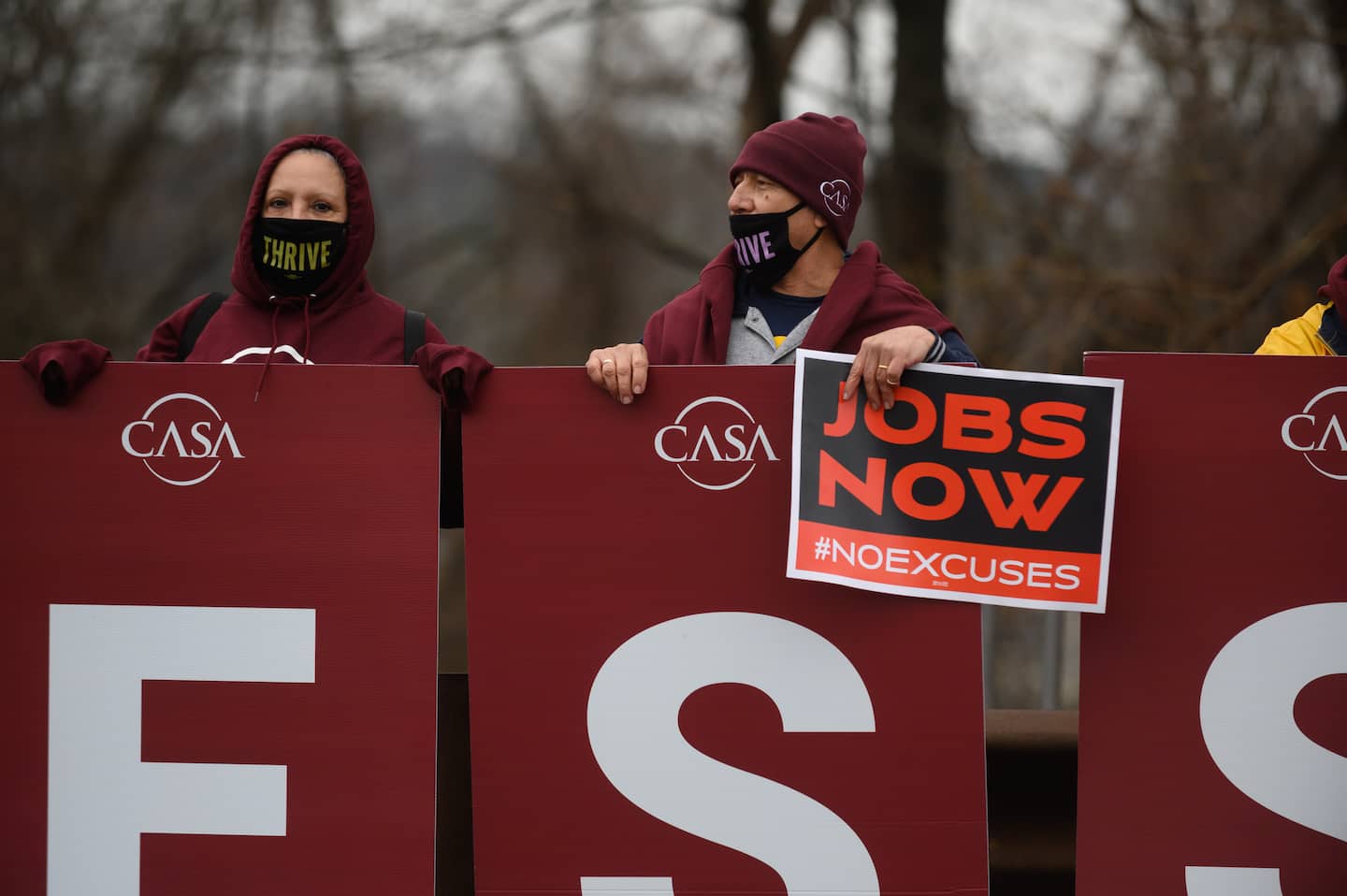 For the same week ending March 27, an additional 237,025 Americans filed claims for Pandemic Unemployment Assistance, for gig and self-employed workers.

“As if we needed a reminder that nothing is a straight line along this pandemic journey, both with cases and the economy, we see new claims rising in the latest snapshot,” Mark Hamrick, senior economic analyst for Bankrate, said in an email.

Virginia, where new claims have climbed five straight weeks, reported another 28,244 filings last week, according to Virginia Employment Commission data. This echoes the jump that Martin Wegbreit, director of litigation at the Central Virginia Legal Aid Society in Richmond, has seen with his caseload of clients seeking unemployment insurance.

“The whole system has been neglected for decades, and we’re seeing the results of it now,” he said. “It’s a combination of an antiquated computer system, an understaffed agency and an underfunded agency that predictably caused this problem.”

Some 18.2 million Americans were receiving benefits the week ending March 13, down 1.5 million from the previous week, Labor Department data shows. The sharp drop was partly due to some pandemic-related benefits ending.

Though initial jobless claims, a marker for layoffs, remain near historic highs, weekly counts had been trending down since the beginning of 2021.

New coronavirus cases jumped 12 percent over the past week despite recent progress with fewer hospitalizations, fueling fears among health officials of a resurgence propelled by loosened restrictions on businesses and seasonal travel.

Broader vaccine access is seen a crucial to pushing the economy through its slump, allowing more employees return to work and for hiring to expand. About 16 percent of the U.S. population, nearly 53 million people, had completed vaccination as of Thursday.

Late Wednesday, the Biden administration released a $2 trillion plan to reshape the U.S. economy, including a push for hiring, though it was met with opposition from both sides of the aisle. But Hamrick is hopeful that recovery is still on the way, with the acceleration of the coronavirus vaccine rollout, stimulus payments and opening businesses.

“There’s a very good chance in the coming months that the recovery of the economy will be better than expected given pent-up demand and substantial savings held by many individuals with improving consumer confidence,” he said. “As the collapse of the economy had its own remarkable negative momentum, the rebound in the opposite direction should be something good to witness.”