The financial burden on NCAA sports wears wingtips, not sneakers 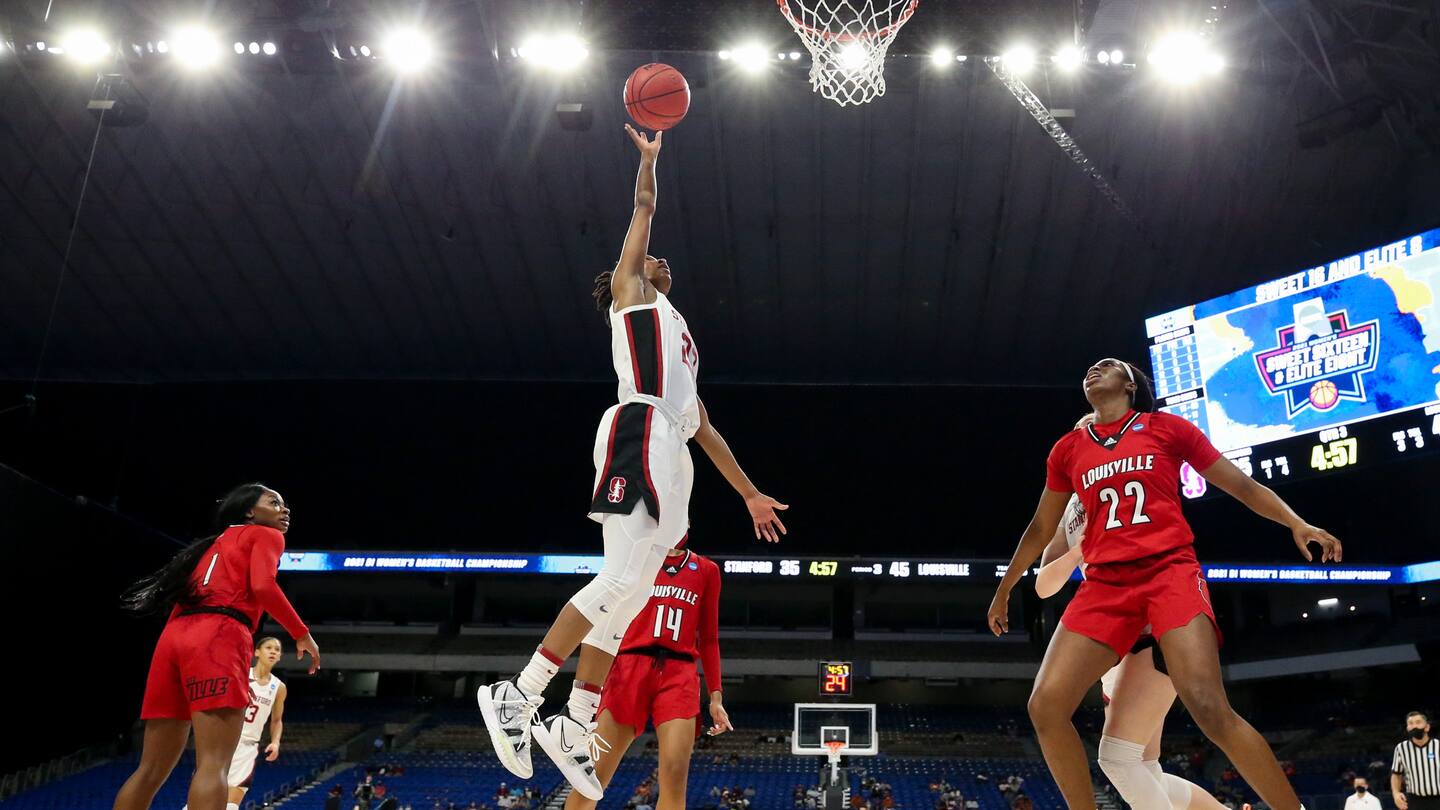 How many AT&T cellphone plans do the Connecticut women have to sell on ESPN to subsidize Emmert’s steakhouse dinners? How many bottles of Coca-Cola must the Stanford women peddle for free before their game is treated equitably and promoted decently by the NCAA? The biggest drag on collegiate sports, the real liability, is not women’s basketball. It’s these murkily titled, excessively salaried suits, who try to paint women’s teams as a revenue fail to cover their soft-padded seats.

At the top of NCAA headquarters sit 10 executives whose collective salaries amount to $8 million annually, topped by Emmert’s $2.7 million in compensation.

That’s the U-Conn. women’s operating budget for an entire year.

Let me repeat that. The salaries of just 10 NCAA administrators could sustain the most successful program in women’s basketball for a whole season.

New Washington Post reporting by Ben Strauss and Molly Hensley-Clancy suggests the NCAA has understated the value of the women’s tournament by nearly $100 million. The women are blended into a $500 million ESPN package of 24 championships. The NCAA has said the women’s event is worth just 15 percent of that deal, or about $75 million. But people in the industry, including some who worked on that pact, say the women’s tourney in actuality is worth around a third of it — or $167 million.

Meanwhile, the NCAA overlords, with a bloated staff of more than 500, soak this system for $44.8 million a year in “administrative” costs and another $58.4 million in sundry business expenses. Then there is the whopping $23 million devoted to “governance committees” and an annual convention. That’s $126 million — for what? For double-talk and book-cooking.

The crummy, insulting disparities on display in the women’s tournament in San Antonio — the $14.5 million budget that is just half of the men’s, the visible lack of promotion — are not the result of poor “communication” or “dropping the ball,” as Emmert so deceivingly suggests. It’s a fundamental way of operating. “It’s almost exhausting, because I spent 40 years in coaching and we never got to a point where we have equity — and it’s even more glaring now than it ever was before,” says Muffet McGraw, who led Notre Dame to seven national championship games and two titles before retiring last year.

These disparities may be at least partly intentional.

In its 2016 multimedia deal for the men’s tournament, the NCAA granted what was described at the time as “expansive rights” to Turner and CBS. The $8.8 billion deal keeps them in prime-cut rib-eye. They treat the women like waitresses begging for tips perhaps not so much out of pure sexism — though certainly that exists — but because they ceded broad rights to a bigger network partner for the sake of the rake-off.

Among the deal’s provisions is that CBS-Turner manage the NCAA’s corporate marketing program, March Madness Live and the NCAA.com website. It’s therefore a real question whether this deal, which runs through 2032, denies valuable promotional and marketing tools to the women’s side. CBS and Turner certainly have no incentive to promote a women’s championship on a rival sports network. Has it hurt the women’s event — and if so, what is that worth? Congress should convene a hearing to ask just that question and to examine the language of the NCAA’s media and sponsorship contracts.

Because in case no one noticed, these so-called NCAA leaders have been engaged in a pocket-stuffing conflict of interest.

Congress should summon the members of the board of governors — who signed off on these budgets and contracts and who are presidents of some of our largest public and private universities — to explain themselves. What is the exact language and what are the terms of these deals? How much do they impact the female constituency? Exactly how are they assigning costs and revenue?

And why on earth should the NCAA get a tax exemption for that?

Somewhere along the line, the NCAA began to operate more like a strip-mining operation than an educational nonprofit. And the trouble with this conduct at the top is that it has leached downward. The bloat-and-spend habits have taken over virtually every major member school in the organization — and so has the mind-set that revenue is all that matters and if a women’s team isn’t driving enough dollars it’s somehow undeserving. “We’re made to feel like we’re not contributing, and I think we are,” McGraw says.

As The Post’s Will Hobson documented in a 2015-2016 investigation, over the space of a decade payrolls for administrators at Power Five conference schools jumped by 69 percent, while the number of teams essentially didn’t change. At UCLA, the athletic director tripled his salary to $920,000. At Michigan, the number of administrators making $100,000 or more rose to 34. “Everybody’s got a director of operations of operations,” one athletic director acknowledged.

And Emmert’s compensation, already in the seven figures, more than doubled. Yet women’s sports are the ones he has framed as a cost?

The effrontery of these slack inerts at the NCAA. What is the point of their paid positions and massive infrastructure if not to benefit and serve all athletes? What is their purpose if it’s not a Paige Bueckers, that transcendent, elegant ribbon of a player, who makes people turn on their TV? Or the licorice-armed Kiana Williams, whose Stanford team hit a breath-snatching record 43 three-pointers in its first three tournament games, then added seven more as it roared past Louisville and into the Final Four? They are what college sports are about — not these greedy-mean functionaries lining up at their convention buffets.