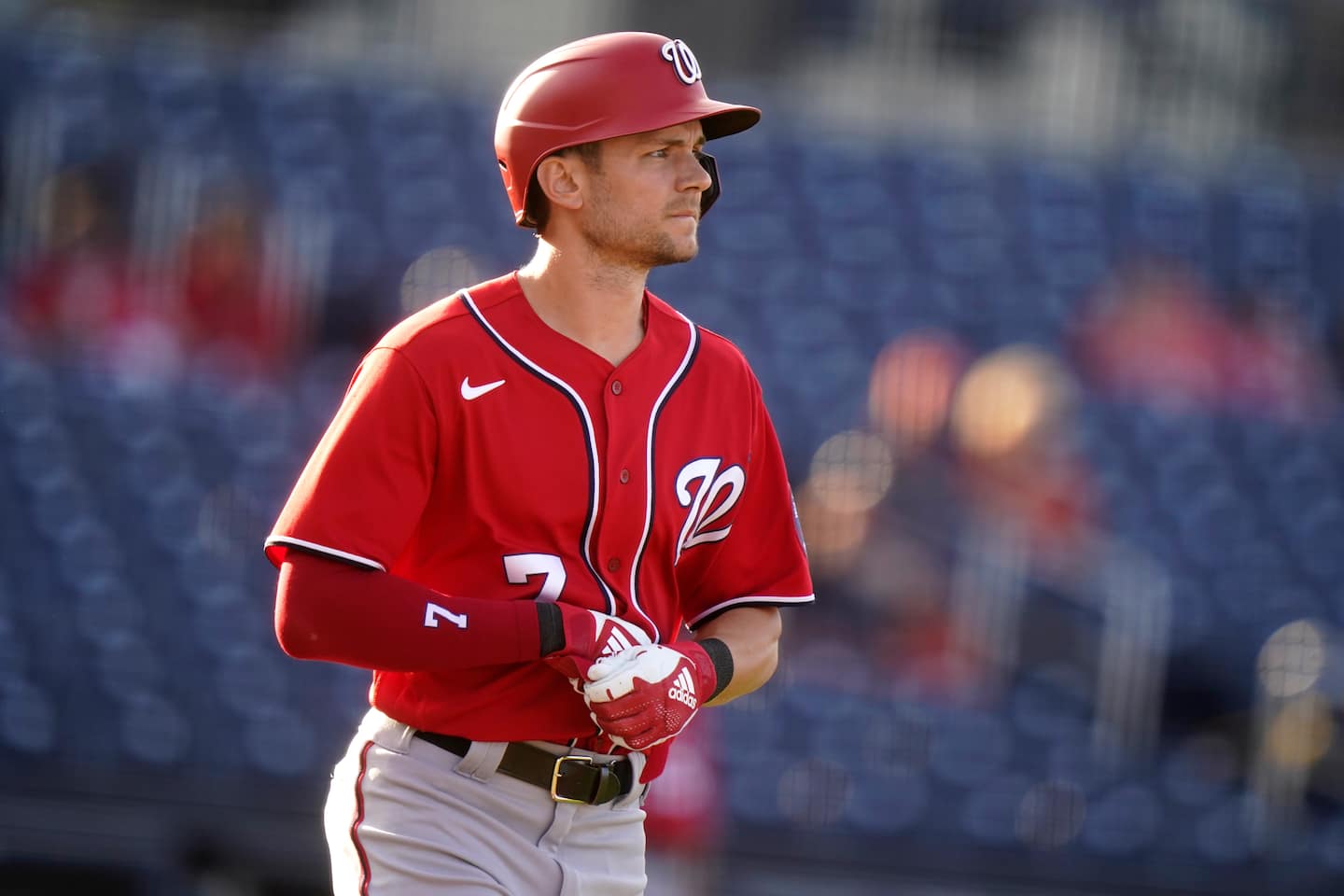 And that meant that the season’s first morning brought a list of roster moves. Bell, Schwarber, Harrison, Gomes, Avila, Hand, Corbin, Lester and Mercer were placed on the IL. So was reliever Will Harris, who is easing back from right hand inflammation and was recently cleared to throw. The Nationals selected the contract of Jonathan Lucroy, who will catch Max Scherzer on Tuesday, and added him to their major league roster. They also selected the contract of outfielder Cody Wilson as a replacement player.

The team that will face the Atlanta Braves at 4:05 p.m. Tuesday is a shell of what filled Manager Dave Martinez’s mind this spring. But the Nationals will push through for a three-game series against a tough divisional opponent. Scherzer goes head-to-head with lefty Drew Smyly on Tuesday. Next is Wednesday’s straight doubleheader, with two seven-inning games that begin at 12:05 p.m. Here’s how the Nationals will look from top to bottom:

One slight surprise was Turner being included on the 26-man roster for Opening Day. The 27-year-old shortstop was absent from Monday’s workout, which included Adrián Sanchez and catcher Raudy Read as possible replacements for Turner and Lucroy. When asked Tuesday why Turner didn’t practice with the team, Martinez didn’t provide a definitive answer.

Teams are not allowed to share the name of anyone who has tested positive without the player’s consent. And the Nationals are especially selective with what they share regarding coronavirus protocols.

“He just wasn’t available,” Martinez said. “He had to complete spit tests. He spit negative every test. We just couldn’t get him out there yesterday.”

But did he participate in the workout at all?

On Monday, Martinez mentioned playing Luis García at second against the Braves. García, 20, filled that spot for most of 2020 after Starlin Castro broke his left wrist in August. But Turner’s presence bumped García out of the season’s first lineup. Pérez, who worked out at shortstop Monday, has logged appearances at second, short, third, first, right, left and center. He even has 7⅓ career innings on the mound.

The Nationals selected Pérez’s contract because of that defensive versatility. They are hoping that veterans such as him and Lucroy will help weather a tough stretch without a handful of key players. Lucroy signed a minor league deal Saturday and is already catching Scherzer. That’s baseball in its second pandemic season.

That was the Nationals’ reality on Opening Day.