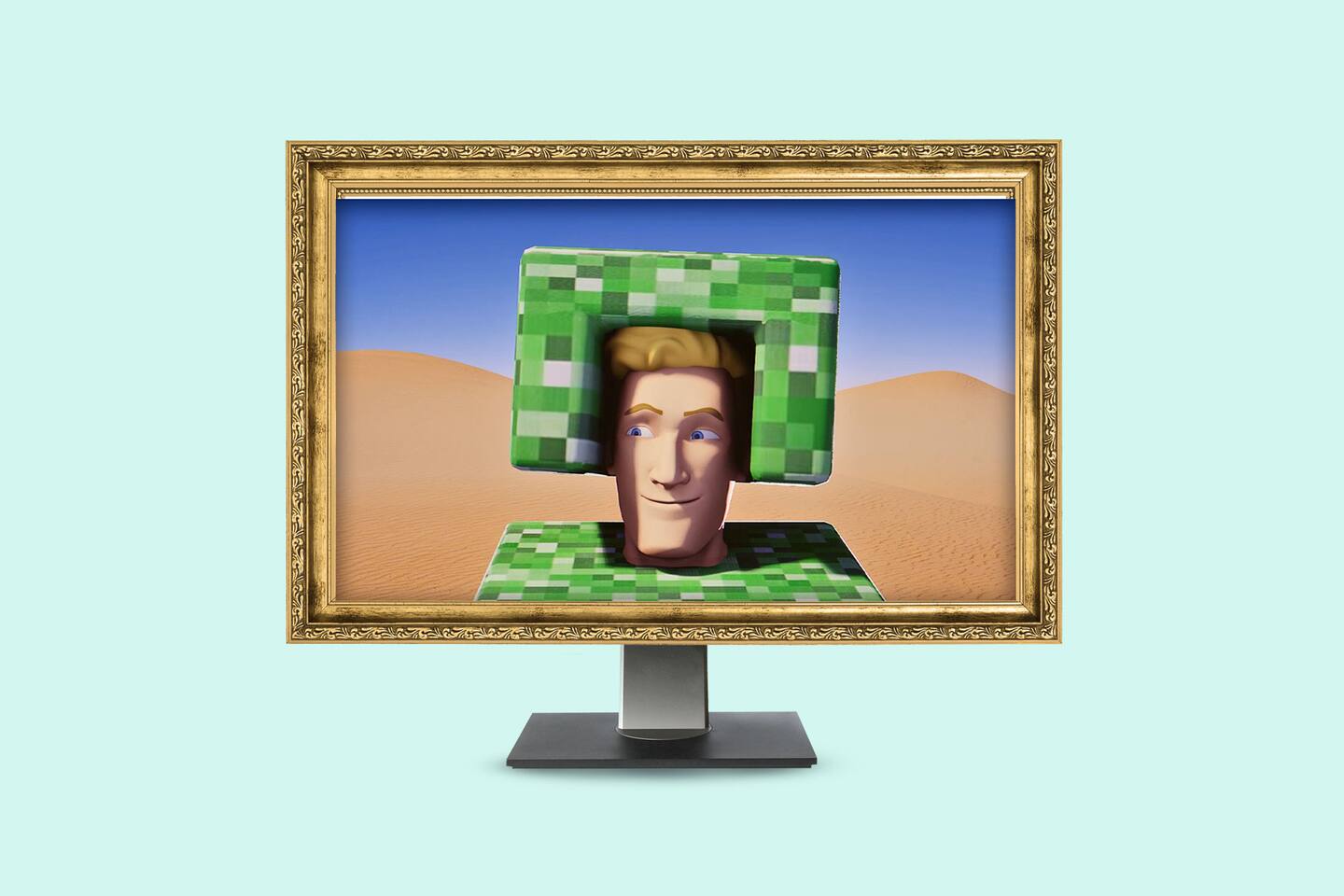 NFTs, or non-fungible tokens, are certificates of ownership for a unique digital asset, be it a video clip, music, image or GIF, backed up by blockchain technology and typically purchased with cryptocurrency. The concept burst into the mainstream in early March when a work by digital artist Beeple sold for $69 million at a Christie’s auction. Now outfits ranging from the NBA, to the band Kings of Leon, to celebrity chef Salt Bae are rushing to capitalize on the craze.

Tenney’s NFT collection, titled “NFTfue King of Gaming,” consists of a series of animated videos depicting him as a character in three of his most-streamed games, “Call of Duty,” “Fortnite” and “Minecraft.” They will be auctioned off Thursday through Sunday on crypto-based marketplace OpenSea.io. Some of the NFTs even include physical bobbleheads that will be shipped to the buyers, as well as a one-on-one opportunity to spend a day with Tenney going jet skiing and playing video games.

Earlier Tuesday, esports organization 100 Thieves announced it also would be selling NFTs tied to its latest apparel release. As the first major individual streaming/esports star to jump into this space however, Tenney said he feels a responsibility to succeed and thinks it will open the floodgates for more streamers to follow suit.

“I feel like I’ve trailblazed a lot of big opportunities in the past, like with ‘Fortnite’ and YouTube, which I started streaming way early on, like 15 years ago,” Tenney said. “So I’ve been early on a lot of waves, and I hope this is another that is going to succeed.”

To bring his NFT collection to life, Tenney teamed up with Medium Rare, a sports and entertainment company that last month released a Rob Gronkowski NFT collection that generated more than $1.7 million in sales.

“What’s so interesting about this space is there are no great comparables,” Medium Rare founder Adam Richman said. “I told [Tenney] the same thing I said to Rob [Gronkowski]: This could be a $10,000 idea or a $10 million one.”

According to Richman, Medium Rare went to great lengths to ensure that the Gronkowski collection avoided any copyright infringement, scrubbing all team logos and even the words “Super Bowl” from all materials. Additionally, an artist drew Gronkowski in order to avoid using copyrighted photographs.

Similar precautions were taken with Tenney’s NFTs, with five graphic design teams working to create the content, removing all references to the video games from which they draw inspiration.

“We didn’t want to get, like, sued or anything,” Tenney said.

In one of the NFT videos, a character resembling Tenney’s “Fortnite” avatar uses a hammer-like weapon to smash a desk and computer. According to Richman, the original artwork had used a weapon that much more closely resembled a pickax.

“Even though [the pickax] was invented in probably the year 1100, or who knows when, ‘Fortnite’ had somehow trademarked it,” Richman said. “We didn’t use any direct characters or worlds … obviously it can be inferred a bit, but on our side … we had our legal team look into it, since the last thing we want is Turner to wind up in a lawsuit over some NFTs he created.”

According to Richman, Medium Rare has received approximately 300 requests from celebrities and sports teams to produce NFTs, but the company has been selective in choosing its partners. While concrete data about NFT buyers is largely unknown due to the anonymity of cryptocurrency, Richman said the prevailing thought among insiders is that NFT buyers skew younger, making esports stars and streamers a natural fit.

“A lot of people purchasing these are also buying it for collector value, not because they’re huge fans of Tfue or Gronk,” he said. “We’re hoping this is for Tfue’s fans, but we understand the marketplace is driven by investors and collectors.”

Richman guesses that this weekend’s Tfue auction will generate “somewhere between $300,000 and a million,” with Tenney earning the “lion’s share” of the profits. Tenney, who famously feuded with esports organization FaZe Clan in recent years and recently settled a lawsuit over how much money he earned while working with them, said he views this venture as another statement of his financial independence as a content creator.

“I’m just going to do the same thing I do with all my money: put it back into my content,” he said. “I’m working on some big projects right now, entertainment and streaming deals, so the money will go into that.”

Richman and Tenney are both hopeful this weekend’s auction will generate some eye-popping numbers. In fact, Tenney expects it.

“We put a lot of time and work into this, obviously, so if it doesn’t do well, I’ll be surprised,” he said. “But we’ll see.”

Gregory Leporati is a freelance writer and photographer covering esports, tech and travel. His recent work has appeared in the Los Angeles Times, Engadget and Ars Technica. Follow him on Twitter @leporparty.

For Noah Lyles at the U.S. track and field trials, winning isn’t everything

Carolyn Hax: A second child, demanding grandparents and a husband who’s had enough

Ask Amy: Widower aims to keep promise to move on with his life