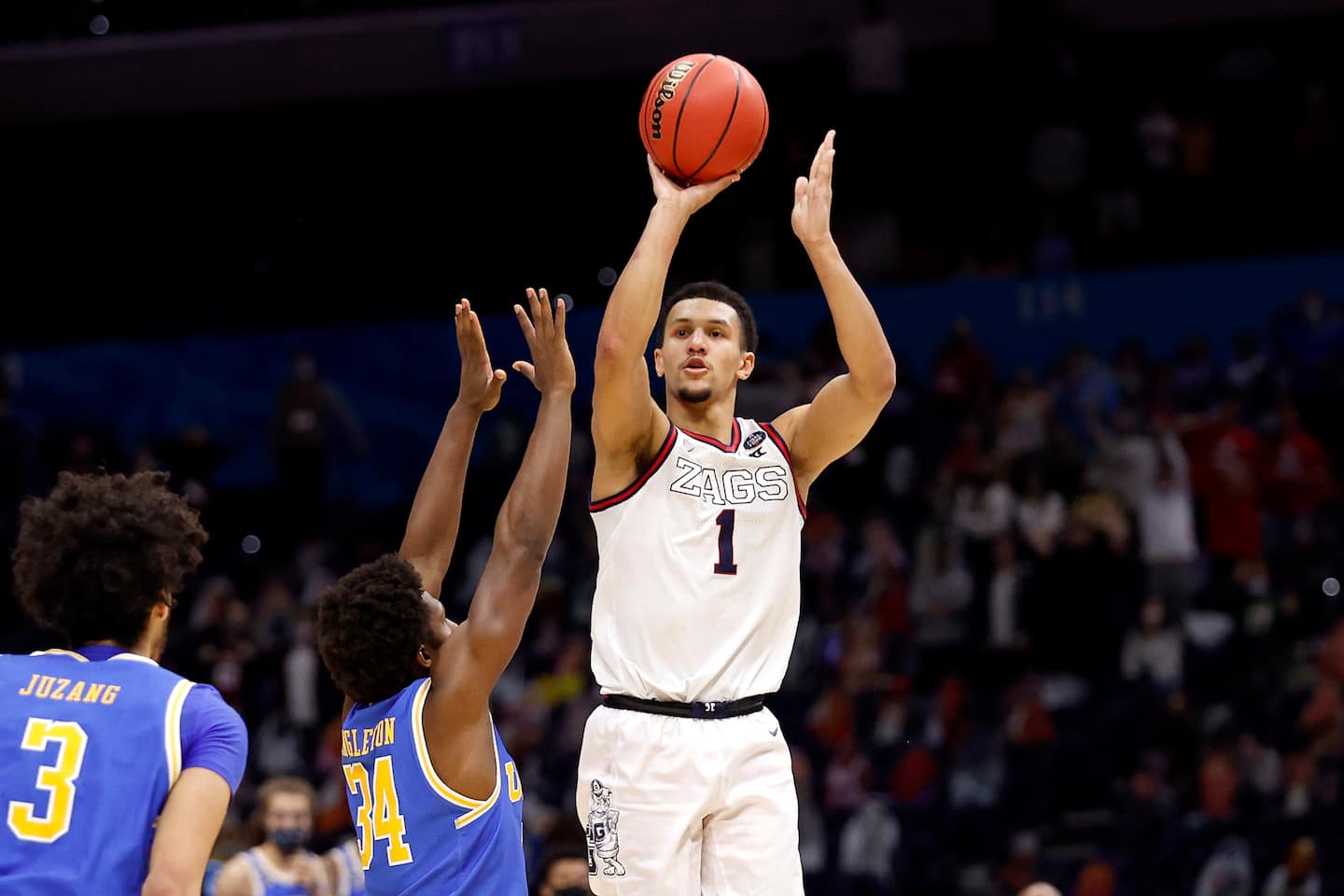 Even so, the 19-year-old guard emerged as the face of March Madness and solidified his position as an elite prospect in the 2021 NBA draft. With the tank race already underway, here’s a list of the top five landing spots for the budding franchise point guard.

No team needs a franchise player more than the Rockets, who were sent reeling by their breakup with James Harden. John Wall nominated himself to take the reins earlier this year, but the 30-year-old point guard no longer appears capable of carrying an offense on a nightly basis due to his extensive injury history. After a nightmare season filled with roster changes and chemistry concerns, first-year coach Stephen Silas would surely welcome Suggs’ youth, character and work ethic.

Houston would utilize Suggs as the lead guard in an inside-outside tandem with center Christian Wood. Together, Suggs and Wood would make formidable pick-and-roll partners and their shared athleticism would serve as the Rockets’ identity. Both players can put pressure on the rim and shoot the ball from outside, allowing General Manager Rafael Stone to focus on targeting role players who can shoot and defend. Houston will only get a shot at Suggs if they land one of the top four picks in the draft; otherwise, its pick conveys to the Oklahoma City Thunder.

Given the presence of point guard Shai Gilgeous-Alexander, conventional thinking dictates that the Thunder might prefer Cade Cunningham, a big playmaking wing who starred at nearby Oklahoma State, or Evan Mobley, a potential franchise center. Yet the possibility of a Gilgeous-Alexander and Suggs backcourt is tantalizing in an NBA that now favors well-rounded playmakers.

Both Gilgeous-Alexander and Suggs provide value on the ball with their attack abilities and off the ball with their outside shooting. What’s more, they’re both capable of defending multiple positions thanks to their size, length and quickness. They would be aligned in age because Gilgeous-Alexander is only 22 years old, and the duo could grow together like Portland Trail Blazers guards Damian Lillard and CJ McCollum. Oklahoma City has been in full tank mode since the all-star break, and GM Sam Presti could get two shots at Suggs depending on where his pick and Houston’s pick lands.

Minnesota has had such rotten luck and endured so much tragedy in recent years that pondering a homecoming for Suggs, a West St. Paul, Minn., native, feels like an unnecessary jinx. Still, Suggs would be a dream addition for a wayward franchise that hasn’t won a playoff series since 2004 and has struggled to develop a young core in recent years. If Timberwolves fans embraced backup guard Tyus Jones for his Minnesota roots a few years ago, imagine the sentimental welcome that Suggs would receive during a Twin Cities return. To make it happen, the Timberwolves will need to land a top three spot in the draft order; otherwise, their pick goes to the Golden State Warriors.

While Suggs has a chance to be Minnesota’s best basketball product since Kevin McHale, his arrival might require some roster juggling. The Timberwolves passed on LaMelo Ball to take Anthony Edwards with the top pick last year, content to stick with D’Angelo Russell as their lead ballhandler. Russell’s injury issues have played a heavy role in the Timberwolves’ dismal season, and they might be better off cutting their losses and giving the keys to Suggs. A Suggs-Edwards backcourt would be incredibly young and dynamic, and it would give Minnesota a solid platform to build from should trade rumors pick up as Karl-Anthony Towns proceeds through his second contract.

Building around Zion Williamson is going to be one of the league’s most fascinating challenges over the next five years, but it’s already clear that the Pelicans will need more elite talent if they want to mature into contenders. Start here: Imagine if Williamson wasn’t held back by one of the worst point guard rotations in the league. The second-year sensation — who is averaging 26.4 points, 7.1 rebounds and 3.5 assists per game while often functioning as a lead playmaker — would be even more unstoppable, and the Pelicans would be a rock-solid playoff team rather than sitting on the play-in bubble.

Suggs’ ability to space the court would open up more room for Williamson to attack defenses from the top of the key, and his ball movement skills would help New Orleans avoid stagnant stretches and spotty late-game execution. Adding Suggs would give Stan Van Gundy the ability to utilize Williamson more often as a battering ram roll man in pick-and-rolls, and it would allow the Pelicans to move on from Eric Bledsoe. It all sounds too good to be true.

It’s no secret that the Raptors are preparing for life without Kyle Lowry, as the veteran point guard was shopped heavily before the trade deadline in advance of his summer free agency. Suggs would represent an ideal succession plan, pairing with Fred VanVleet to give Toronto an interchangeable, do-everything backcourt. If his success in Gonzaga’s egalitarian offense is any guide, Suggs would thrive as part of a balanced Toronto attack that has six players averaging double figures.

The Raptors have assembled a budding group of next-generation forwards and wings, including Pascal Siakam, OG Anunoby and restricted free agent Gary Trent Jr. For that group to reach its full potential, Toronto will need a lead distributor to keep them involved and create offense as Lowry has for so many years. Suggs’ leadership would also be of use to a Raptors team that has struggled with its consistency and chemistry while being temporarily located to Tampa Bay during the pandemic.